Mangrove is one of director Steve McQueen’s upcoming anthology series, Small Axe. The anthology series includes five feature films, all showcasing the lives of black people at different points in the 20th century. The stories are full of life and love, with Mangrove showcasing incredible joy in the face of horrific oppression.

Mangrove is the first of Steve McQueen’s latest anthology film series, Small Axe, which will come to the BBC on November 20, 2020.

The story focuses on a West Indian restaurant, The Mangrove, which has been opened by real-life proprietor Frank Critchlow (played by Shaun Parkes).

While Frank’s previous restaurant came into some issues with the law, The Mangrove is a new start, where they serve goat, mutton and fish curry to a wealth of their friends, many of whom also hail from the West Indies.

However, the restaurant is more than just that, but becomes a haven for people who are oppressed and pushed around by racist police. 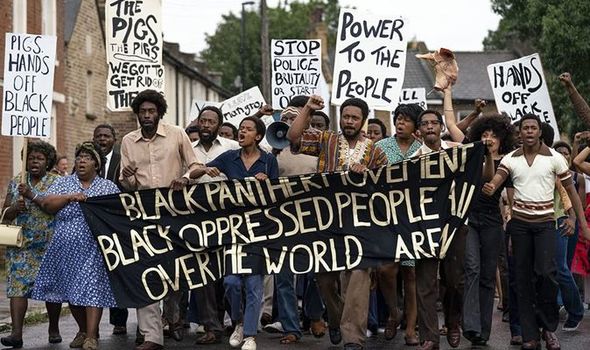 Regularly the restaurant is ransacked by hideously racist police (led by Sam Spruell’s PC Frank Pulley,) to the point where their locals will not even agree to visit the establishment anymore.

At the end of their tether, Frank, who has regularly resisted being involved in political causes, joins with some friends (including famed activists Altheia Jones-Lecointe and Darcus Howe, played powerfully by Letitia Wright and Malachi Kirby) to hold a demonstration.

Soon, Frank finds himself part of The Mangrove Nine, a group of nine protestors who are wrongfully accused of rioting and affray.

The film itself begins with Frank speaking about those he knows and lives among in Notting Hill, sharing how they ‘glory in the struggle – they are not defeated or despairing persons.” 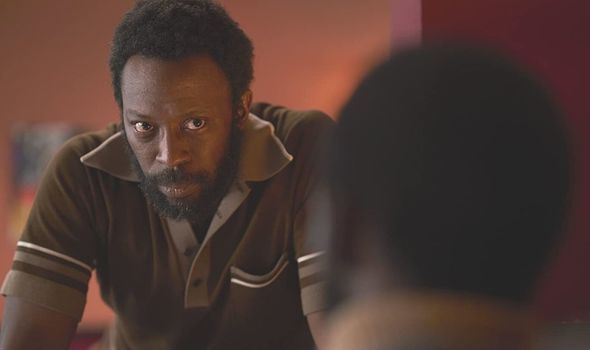 This is clear from the amount of music and dancing they are part of, which sees them taking to the streets with steel pans and full drum kits to celebrate their lives.

The film is split into two sections: the grand opening of the Mangrove, its harassment by police and the demonstration, followed by the court case, where liars are brought to the fore and the eloquent people of The Mangrove Nine are able to speak for themselves.

The first has reggae music, bright colours and joy at its heart, even when the community is faced with prosecution, persecution and horrendous harassment.

At one point, PC Pulley even suggests the restaurant will not receive the same level of police intervention if it served a less “spicy” menu, showing the lows these policemen allowed themselves to sink to. 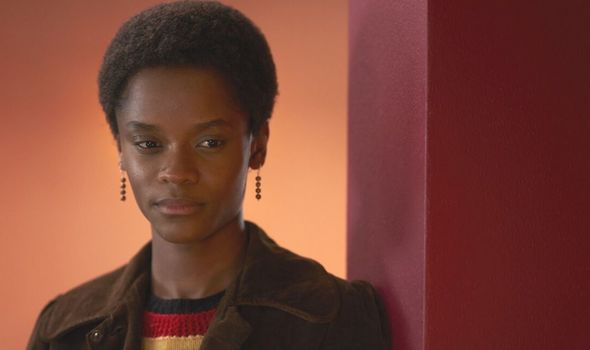 As the harassment continues, the film feels greyer, with less reggae music and more harrowing strings defining each shot, with one moment seeing a solitary colander spin, as if representing the hopeless continuation of their persecution.

One copper is even told to ‘nick the first black man you find,’ seeing him target a young, black boy who is chased in a gruelling and harrowing moment, ending with his mother in tears on the floor of the police station out of anger and disgust at her son’s treatment.

The court scenes are filled with righteous defiance from the defendants, with their lawyers (played by Jack Lowden) urging them to rile up the judge and show the true colours of their persecutors.

Of course, no court scene would be complete without a rousing speech from the defendants, but with his friends and supporters standing above, behind, and to his sides, this is more like a moment of empowerment for more than just them, as Altheia perfectly describes in a heartfelt scene only minutes before. 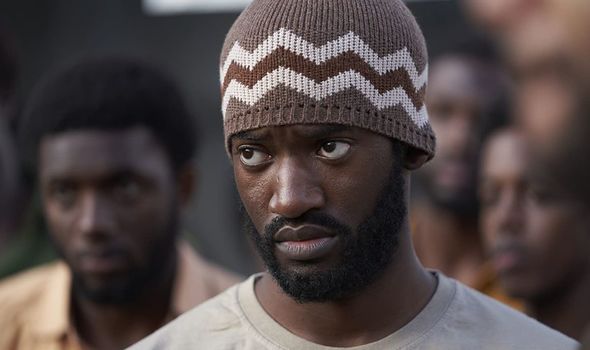 She tells them: “We are the example, and we must bear this responsibility.”

At the centre of the entire drama, however, is Frank, who is the everyman just trying to make his way in the world.

He is challenged by friends, told he cannot try to fight oppression through attempting to gain support from white men, while he resists to become part of a political movement.

Soon, his desperation leads him to join the fight, as he is seen becoming angrier at and more resolute against the powers that attempt to frustrate his efforts.

In one powerful moment, he is dragged from a court and thrown into a cell, where he spends minutes fighting with the door, trying to push against a door which is inevitably closed to him.

As the verdict is announced, his face is the focus while other names are called, reminding fans of the face of Solomon Northup in McQueen’s Oscar winning 12 Years A Slave, which begins numb before becoming full of the emotion of years of oppression.

We later discover how The Mangrove continued to be a beacon for people, despite Frank ongoing further and further oppression throughout his life.

McQueen’s story shows us how, even when hope is lost, light can be found even if the story seems to continue to repeat itself again and again.