“We’re going on the trip of a lifetime,” Graham McTavish announces at the start of Men in Kilts: A Roadtrip With Sam and Graham‘s full trailer, as he and Outlander co-star Sam Heughan drive the Scottish countryside in their new Starz travel show.

He continues, “What is portrayed in the show is truthful, in many ways.” Heughan, in the driver’s seat, looks amused. “Time travel is truthful?” he asks. “Yeah, I wasn’t necessarily thinking of the time-travel bit,” McTavish sheepishly admits.

Per the video above, the upcoming series — it premieres on Sunday, Feb. 14 — will play off McTavish and Heughan’s friendship as the pair travels Scotland in what the series’ official logline calls “a a celebration of Scottish history and culture as Heughan and McTavish take viewers along on their adventures, discovering the rich, complex heritage of their native country, meeting various local artisans and experts, and experiencing genuine moments of awe and fascination as the duo share their travels with the audience rather than simply guiding them.”

The half-hour series, which will unfold over eight episodes, will find Heughan and McTavish catching and sampling Scottish seafood, partaking in traditional Scottish sword dancing (which Outlanders will remember Murtagh doing in Season 1), trying their hands at some Highland Games events and traversing the country via various forms of transportation (a tandem bicycle is involved).

Press PLAY on the video above to watch the trailer in full, peruse the posters below (click on images to see in detail) then hit the comments: Are you planning to spend Valentine’s Day with these two Men in Kilts? 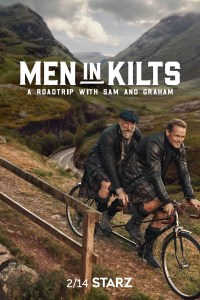 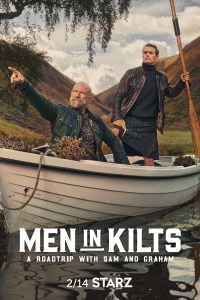 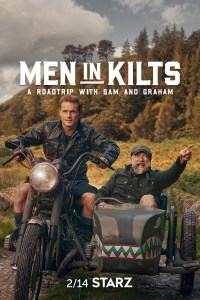