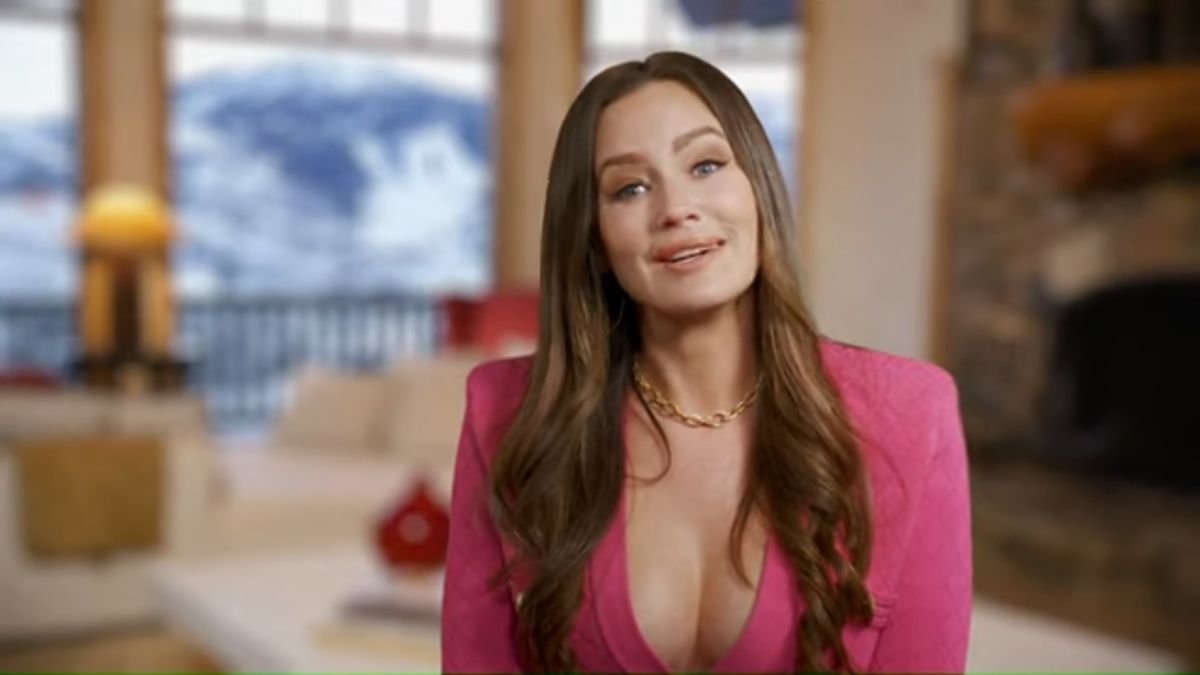 The Real Housewives of Salt Lake City premiered last week and the cast’s storylines had fans buzzing.  One cast member in particular, Meredith Marks, revealed that her marriage issues played a big role in her journey.

In an interview with Access Hollywood, Meredith talked about being a private person and said she typically doesn’t disclose much to her friends.  She admitted that the show brought her outside of her comfort zone and forced her to open up about her life and her marriage to her husband Seth Marks.

She said, “I think what is already known is that my husband and I become empty nesters and we really are dealing with a lot of those issues…redefining our marriage, relationship, figuring some things out…where you’re heading now that you don’t have children in the home…now you have to address a lot of the issues you were sweeping under the rug to make a nice family.”

In reference to rumors that began to spread about her marriage, she said, “You want to at least set your story straight.  Make sure everyone knows what is going on for real rather than fabricated things by people just guessing and talking…rumors will start to swirl and I have to make some choices.”

When asked to describe the season in just one word, Meredith said, “volatile”.

Previews of the new season hinted at several “volatile” situations but one subject of particular interest was the various rumors regarding Meredith’s marriage.

Later on in the clip, Meredith and her husband are at dinner when he says, “You would never hand me your phone…because you’re hiding something.”

The scene is followed by him grabbing his bags, saying, “I don’t know if this is going to work but I know it’s not working.”

In August 2019, Seth filed for divorce citing “irreconcilable differences.”  The filing was eventually dropped in December of that year.

Meredith told the Chicago Tribune, “I can tell you that that was dismissed.  I can tell you that much, so we’re obviously not getting divorced. I don’t want to give too much away because I want you guys to watch and see and be invested in the whole process.”

Last month, Meredith posted a photo of her and Seth out to dinner with the caption, “Beautiful dinner with the father of my children.”  The couple appeared to be doing well and looked happy to be together.

Meredith remains coy regarding the details of her marriage issues and said fans will have to tune in to find out how things play out during the premiere season of RHOSLC.

The Real Housewives of Salt Lake City airs Wednesdays at 10/9c on Bravo.