The LAPD is conducting an “open investigation” into the incident, a spokesperson told TheWrap 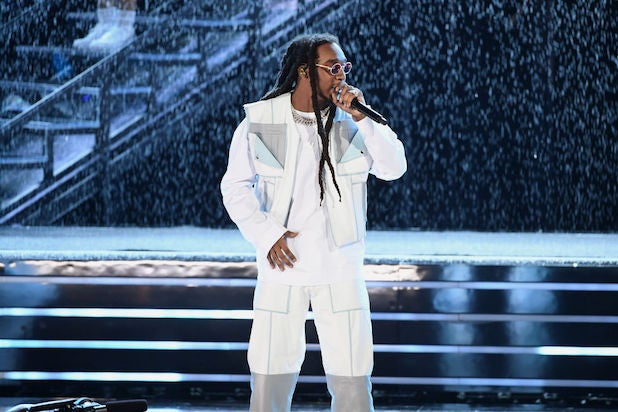 Migos rapper Takeoff has been accused of raping an unnamed woman in June at a party in Los Angeles, according to a lawsuit filed on Wednesday.

The suit said Takeoff (Kirshnik Khari Ball) raped the woman at a house party in Encino around 2 a.m. on June 23 and that the woman sought medical care afterward at a nearby hospital, where staff “observed physical evidence of forceful rape and notified the Los Angeles Police Department of the same.” (A spokesperson for the LAPD confirmed to TheWrap that there is an “open investigation” into the incident but did not comment any further.)

According to the lawsuit, the woman first noticed the rapper staring at her several times throughout the evening at the party, which made her “extremely uncomfortable.” He later began talking to her and offered her weed, according to the suit, but the woman left the conversation and told DJ Durel (Daryl McPherson) — Migos’ official DJ and the person who invited the woman to the party — that “she had no desire to engage in any sort of intimate relationship with Defendant Takeoff, and that Defendant Takeoff made her uncomfortable.”

Durel then took the woman up to his room to talk, the suit said, but the two encountered Takeoff coming down the same set of stairs, which led to an argument between Durel and Takeoff. The woman then continued up the stairs alone as the two continued to argue and entered Durel’s bedroom and laid on his bed, according to the suit.

The unnamed woman is seeking a jury trial and unspecified damages, but Neama Rahmani, an attorney representing the woman, said he hopes that the civil suit will help speed up the LAPD’s investigation.

“I’m really at a loss as to why it’s taking so long,” he told TheWrap.

Representatives for Migos, Takeoff and Durel did not immediately respond to TheWrap’s requests for comment.