Naga Munchetty regularly receives compliments from BBC Breakfast viewers due to her style and fashion choices. Thursday morning was no different as viewers flocked to social media to ask the host where her dress was from and begged her to stand up so they could admire it at full-length.

Making a statement, Naga world a bright yellow dress with short sleeves and a pattern across the chest.

Due to the flowing nature of the gown and billowing sleeves, many viewers believed she may have been wearing a cape.

Naga, 46, teamed the dress with a pair of statement purple shoes, which viewers also loved.

Taking to Twitter to comment, one viewer posted: “@TVNaga01 wow, love what you are wearing, looking wonderful Naga.” 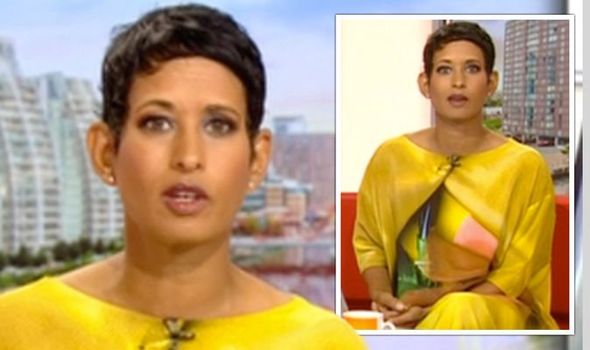 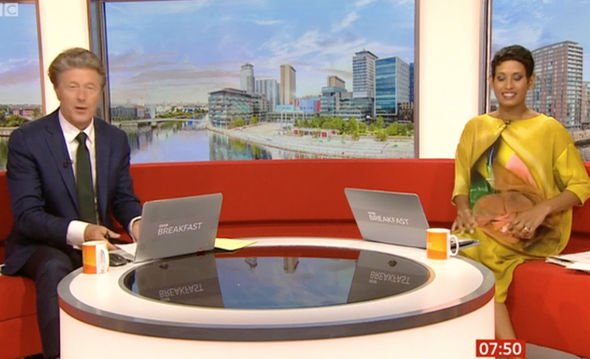 “@TVNaga01 that dress. Seriously want. I am sure it’s a marmite number but I love it. An oldie or one I can get now from???” a third asked.

Someone else begged: “@TVNaga01 Morning. At some point this morning can you stand up please as the pattern on dress has me confused in to thinking you have a cape on. 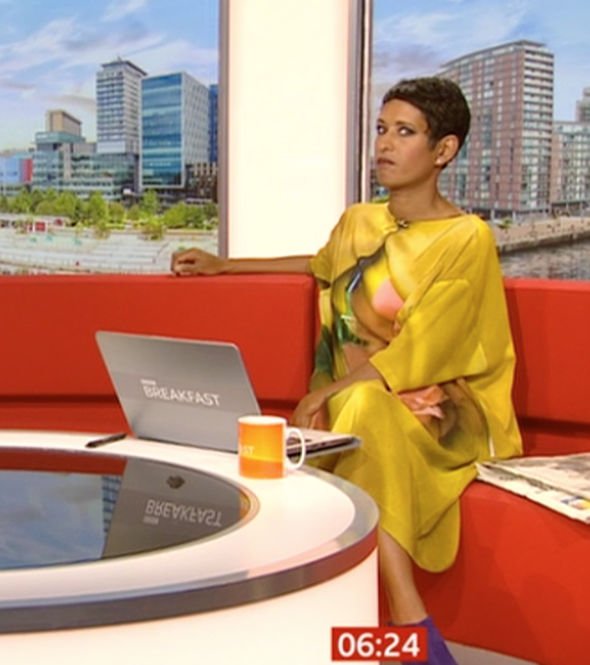 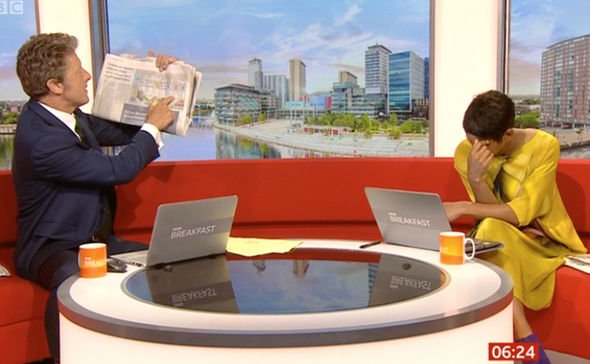 However, not everyone was convinced as one viewer asked: “@TVNaga01 Who dressed you this morning?”

Later in the show, Naga was left exasperated by her colleague Charlie Stayt as he tried to quiz her about the Highway Code.

“This reminds me of a time you told me I wouldn’t pass my driving test if I took it today,” Naga remarked as her colleague held up a quiz.

Charlie asked: “I think that’s true. Not you personally, I think a lot of people.”

“I think it was personal,” Naga hit back but Charlie ignored her continuing: “Are we going to do it? Are we all engaged?

“We have some of the questions here. So let’s look at question…”

As he decided which question to ask, Naga sighed: “Take your time.”

Charlie went on to quiz Naga about stopping distance, which she answered incorrectly.

However the journalist insisted her wrong answer wouldn’t mean she would fail her test as she had allowed more stopping distance than necessary.

Commenting on the awkward disagreement, one viewer tweeted: “Have Charlie and @TVNaga01 had an argument this morning? Very frosty between them @BBCBreakfast.”

BBC Breakfast airs daily on BBC One at 6am.