Neighbours: Pierce and Dipi are confronted over their affair

Roxy (played by Zima Anderson) has been a regular character on Neighbours for over two years and she has been at the centre of several high profile storylines on the Channel 5 soap. The youngster has always felt like she has a place on Ramsay Street but in recent scenes, she has been pushed out by one of the people she thought had her back; Terese (Rebekah Elmaloglou). Unfortunately, her auntie could be the reason she ends up leaving Erinsborough after siding with mischievous Amy Greenwood (Jacinta Stapleton).

In recent episodes, Roxy tried to make herself the most eligible candidate to become manager of the new Flamingo Bar.

Little did she know, Amy had already been lined up for the job after making her second comeback of the year to Ramsay Street.

Terese and her husband, Paul Robinson (Stefan Dennis), thought the returning character had a lot more experience but this didn’t stop Roxy from feeling completely betrayed.

Even though she has found some clandestine information about Amy and exposed her dark past, the managers of Lassiters have been willing to look past all this.

Unfortunately, this has meant Terese’s niece has become somewhat of a robot, following her bosses orders after being given the barmaid position at the bar. 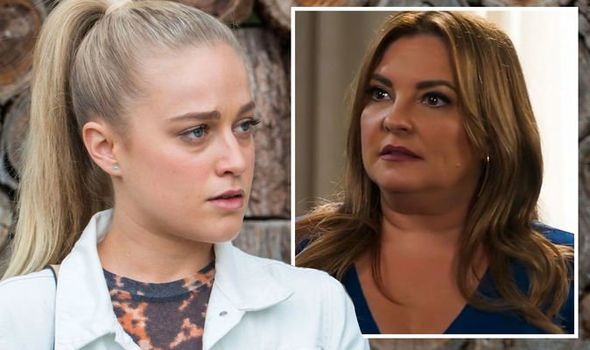 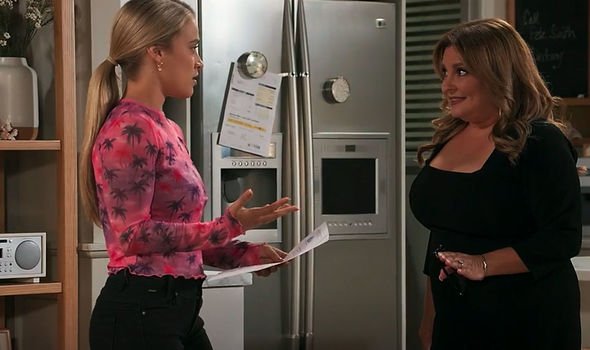 Due to Amy’s budget cuts, Roxy has taken on more responsibilities and this led to Levi Canning (Ritchie Morris) getting hurt when a stage collapsed on the premises.

The Flamingo Bar owner told Terese and Paul she was the person who should be held accountable, although it was her employee who dropped the ball.

This could’ve been a turning point in Roxy’s relationship with her boss as it seemed she no longer wanted to get rid of her.

However, reflecting on her own position within the greater community after her auntie failed to give her such a big role, Roxy could consider moving away.

Her mother, Gemma Ramsay (Beth Buchanan) lives in another part of Australia, so she could return home as she feels she’s done as much as she could in Erinsborough. 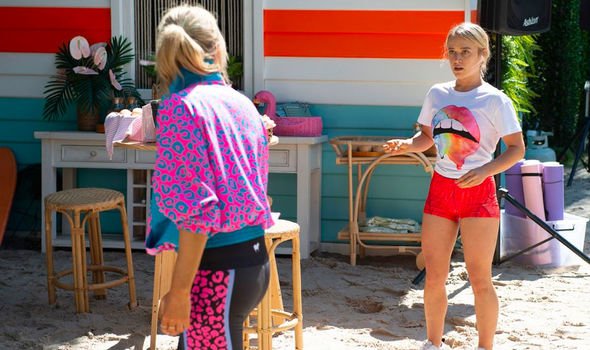 In an exclusive interview with Express.co.uk, the actress who plays Roxy, spoke about her character’s relationship with Terese at this point.

The soap star said: “I think they struggled so much to begin with and she really wanted [Terese] to be a mother figure in Erinsborough for her.

“And [Roxy] never felt good enough for her so they were finally getting to that spot where it’s a good relationship.

“Amy comes along and it feels like their connection is so much better and Amy ends up getting the job [Roxy] wanted.

“Terese just loves [Amy] so much and [Roxy] feels like she’s done all this work and she’s right back where she started.” 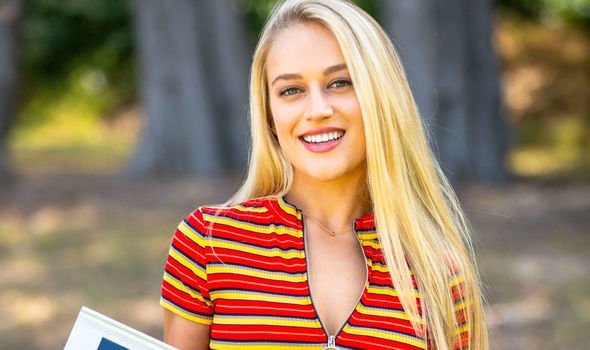 “It’s upsetting,” the soap star continued, so could Terese unconsciously siding with Amy push her niece away from Ramsay Street for good?

Zima also spoke about what the future looks like for her character, as she explained: “To me, it looks like happiness.

“And also, I would love her to embrace her boss side and for a bigger job that she has more creative freedom in.

“A bit more power, as well, because I feel she would be a fantastic boss,” she commented so could Roxy start looking for a greater role away from Erinsborough?

For now, it seems she will be sticking around as more drama takes places around the Flamingo Bar as the residents of Ramsay Street gear up for The Longest Competition Workout competition.

The scenes airing in the UK next week see Amy worrying about the result of her probation period and she senses Roxy doesn’t want her to do well.

Unfortunately, a barbecue topples over and as the flames get more aggressive, the manager of the establishment struggles to deal with the situation.

Roxy jumps in to help as she covers the barbecue with sand to extinguish the fire and Amy thanks her for her help.

By the end of the week, Amy is feeling in high spirits but will this be a turning point for her relationship with Roxy?

Taking to Twitter, fans of the weekday serial drama have been sharing their thoughts on the treatment Roxy has been getting.

One wrote on the social media platform: “Will Roxy just accept Amy isn’t the bad person she thinks she is or continue to try and get rid of her #Neighbours.”

Another posted: “I liked Amy last time she arrived, she’s annoying this time though, wanted Roxy to get the job #Neighbours.”

Whilst a third commented: “Please can Roxy have a good storyline. She’s being underused #neighbours.”

“As if Amy would have got that job over Roxy, Roxy proved herself Amy failed miserably everything she tried to do last time she was there and Paul and Terese never wanted to do business with her again and now she’s running their new bar and events? #Neighbours,” a fourth declared.