REESE Witherspoon is sipping her coffee from a $130 mug, as she hunkers down amid the coronavirus pandemic.

The Legally Blonde star shared her home office experience – with her four-legged friend as her assistant – to her Instagram account. 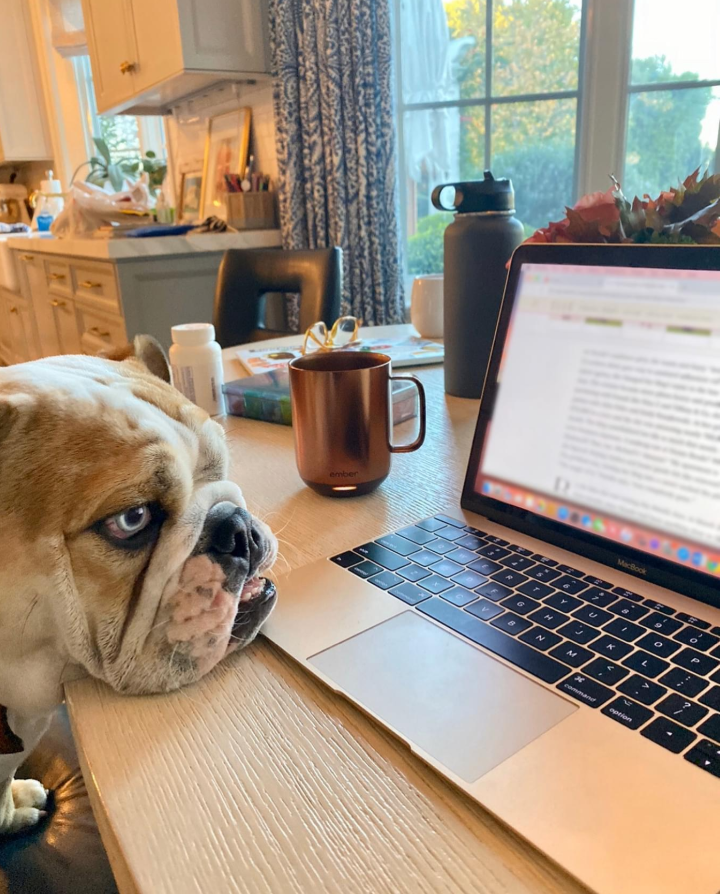 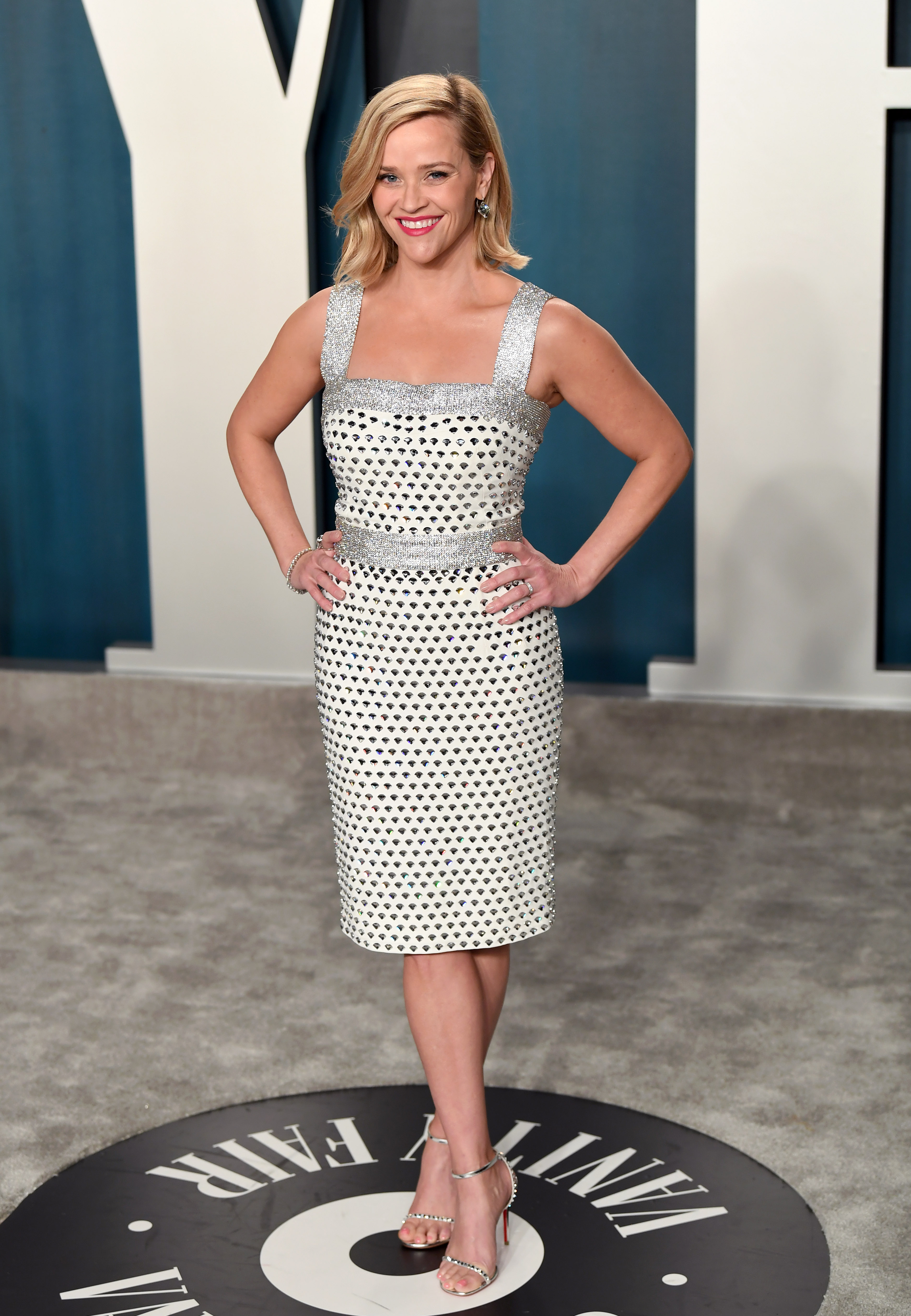 She captioned: "WFH with my buddy, Lou. 🐶 Who is ready to get on these video calls?" 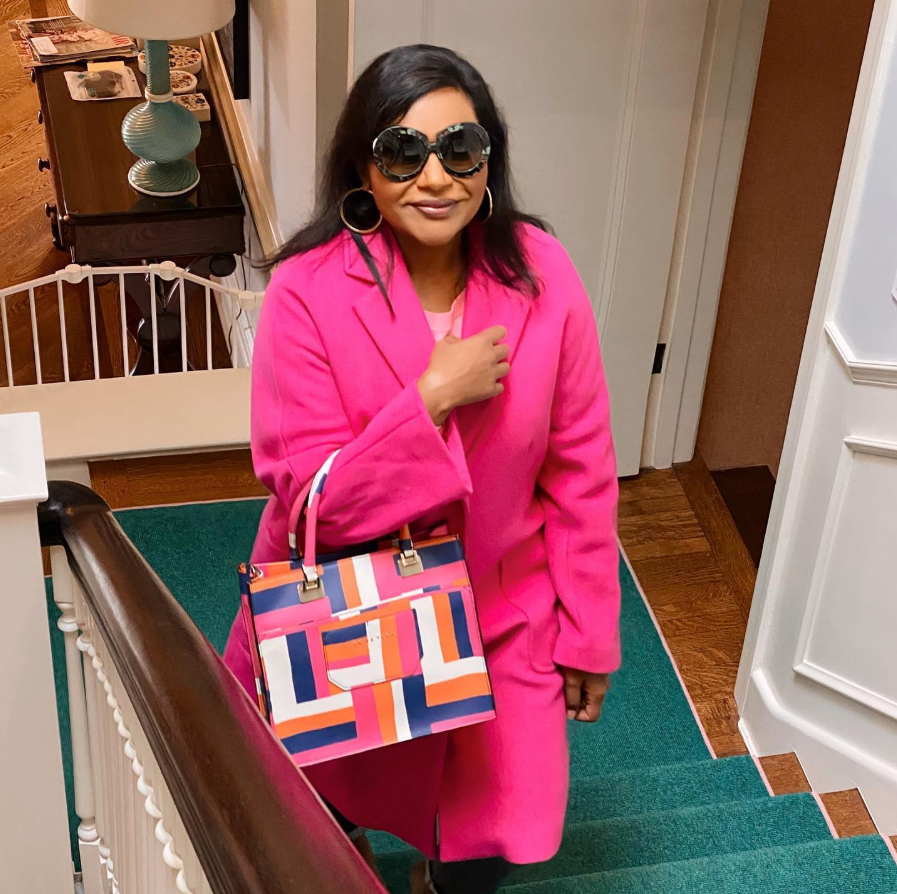 Reese is just one of many celebs whose life has changed from the glamour of film sets to the monotony of home working, amid the pandemic.

Mindy Kaling made light of the lack of commute now that she's working from home.

The Office star was juggling mom-life and working, as a child-gate was visible behind her in a snap she shared from her stylish home.

She had shunned away from the work from home wardrobe of jogging bottoms and dressed up in a bright pink ensemble. 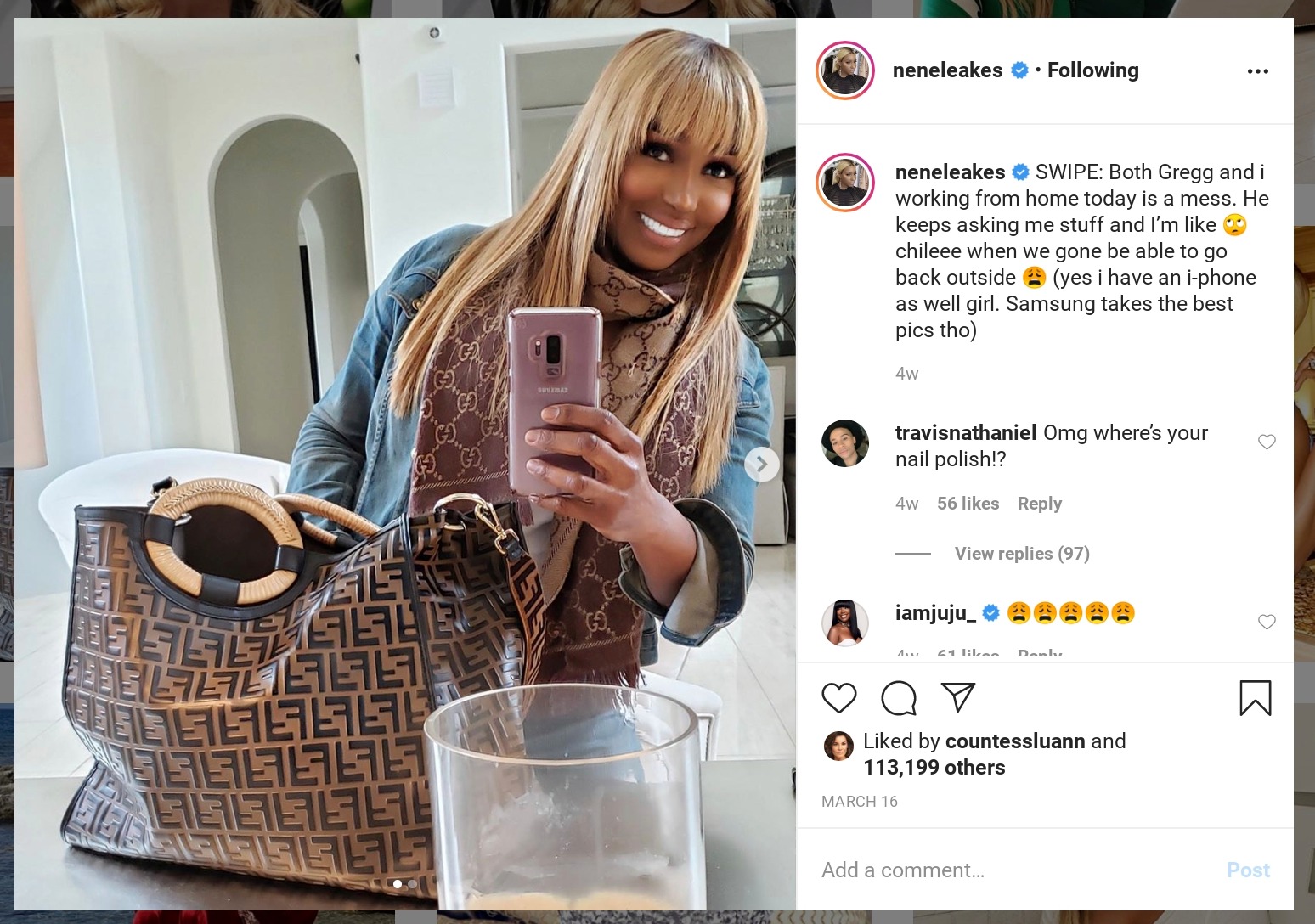 Seen climbing her staircase, The Mindy Project creator wore a pink coat and carried a colourful handbag as she covered her eyes with giant dark glasses.

"When you start calling your walk up the stairs 'your commute'" she joked.

NeNe Leakes shared the stresses of working at home at the same time as your significant other, with her followers.

She told her fans that it was a "mess" because he keeps asking her stuff. 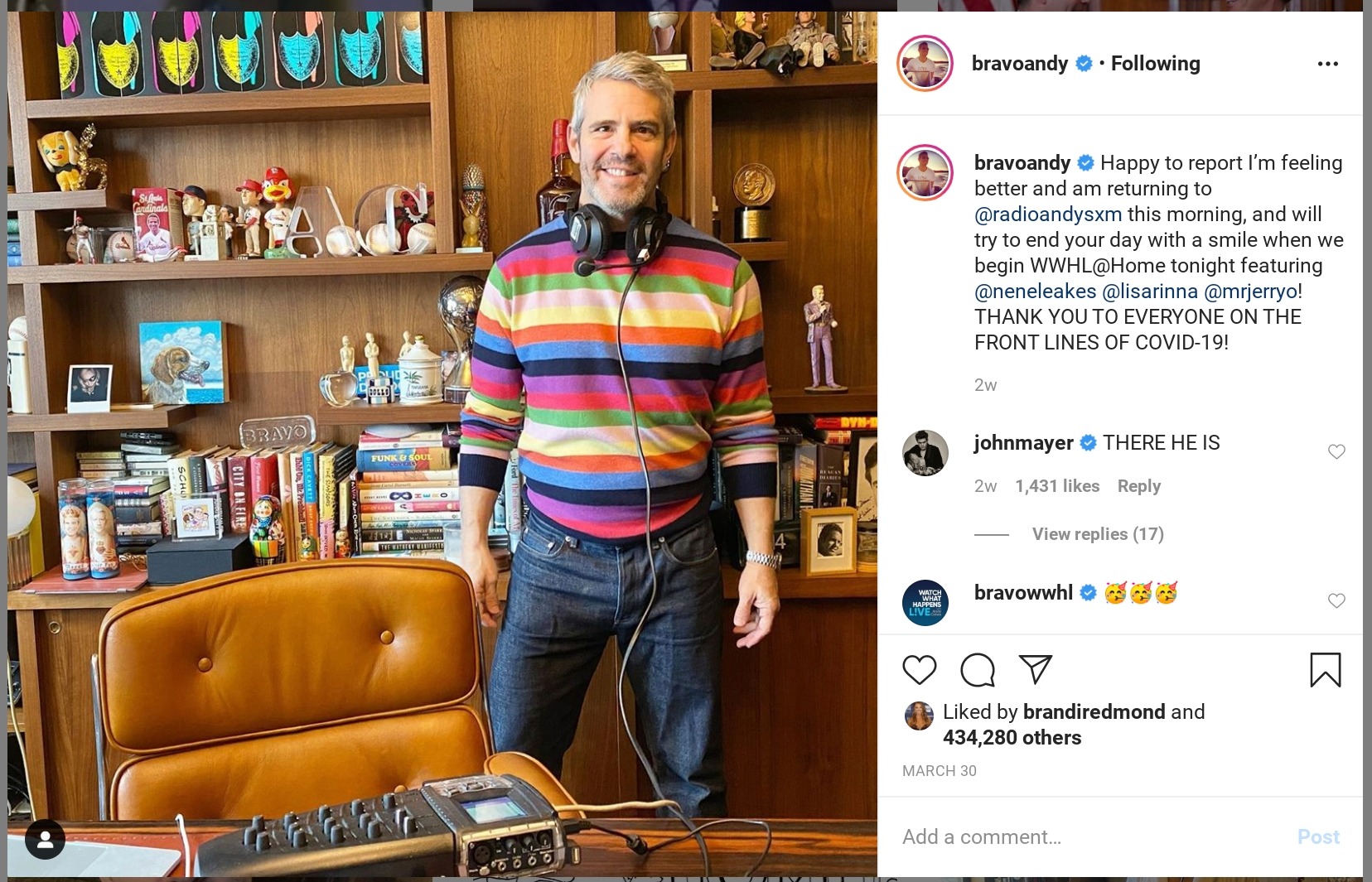 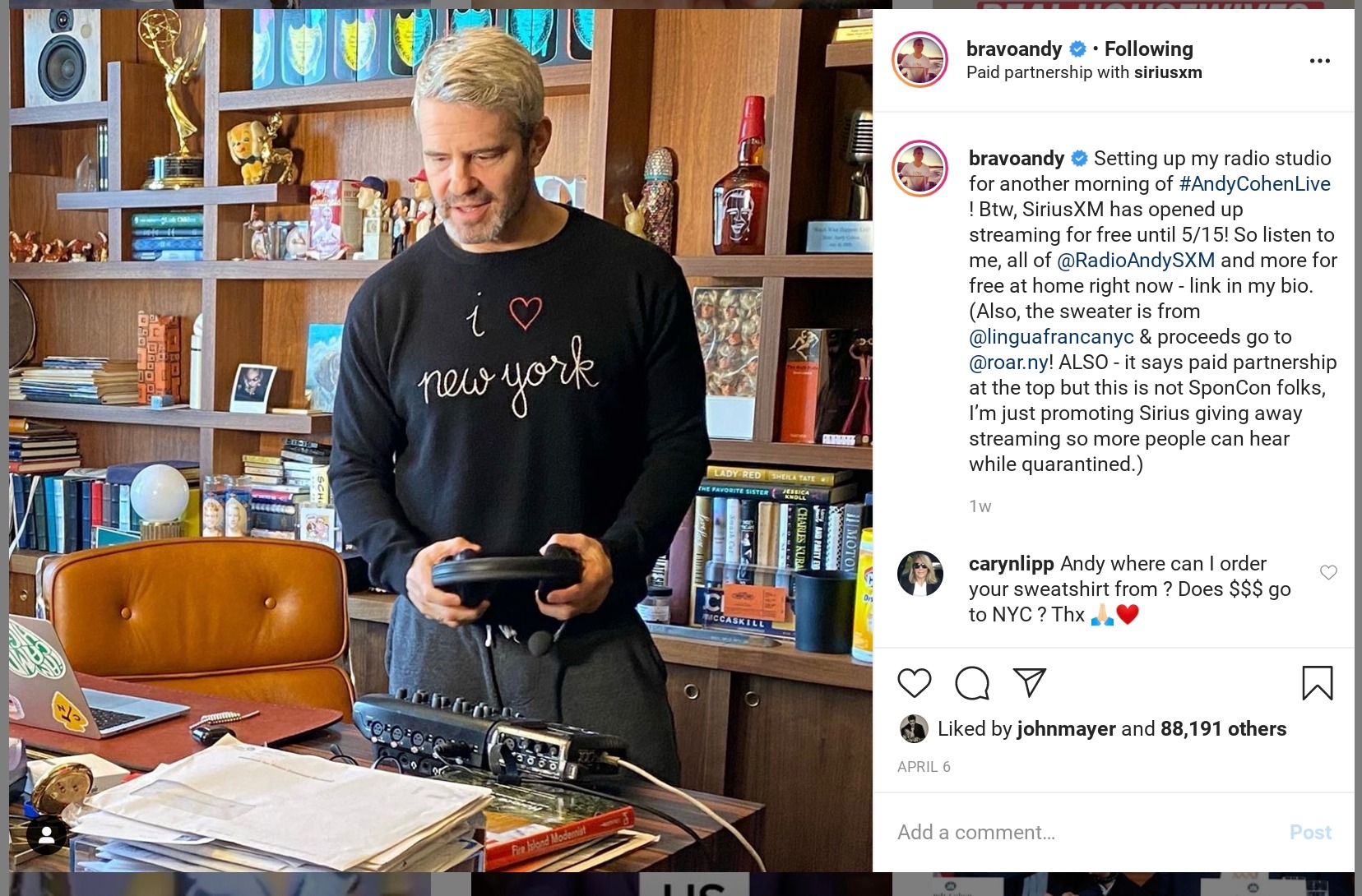 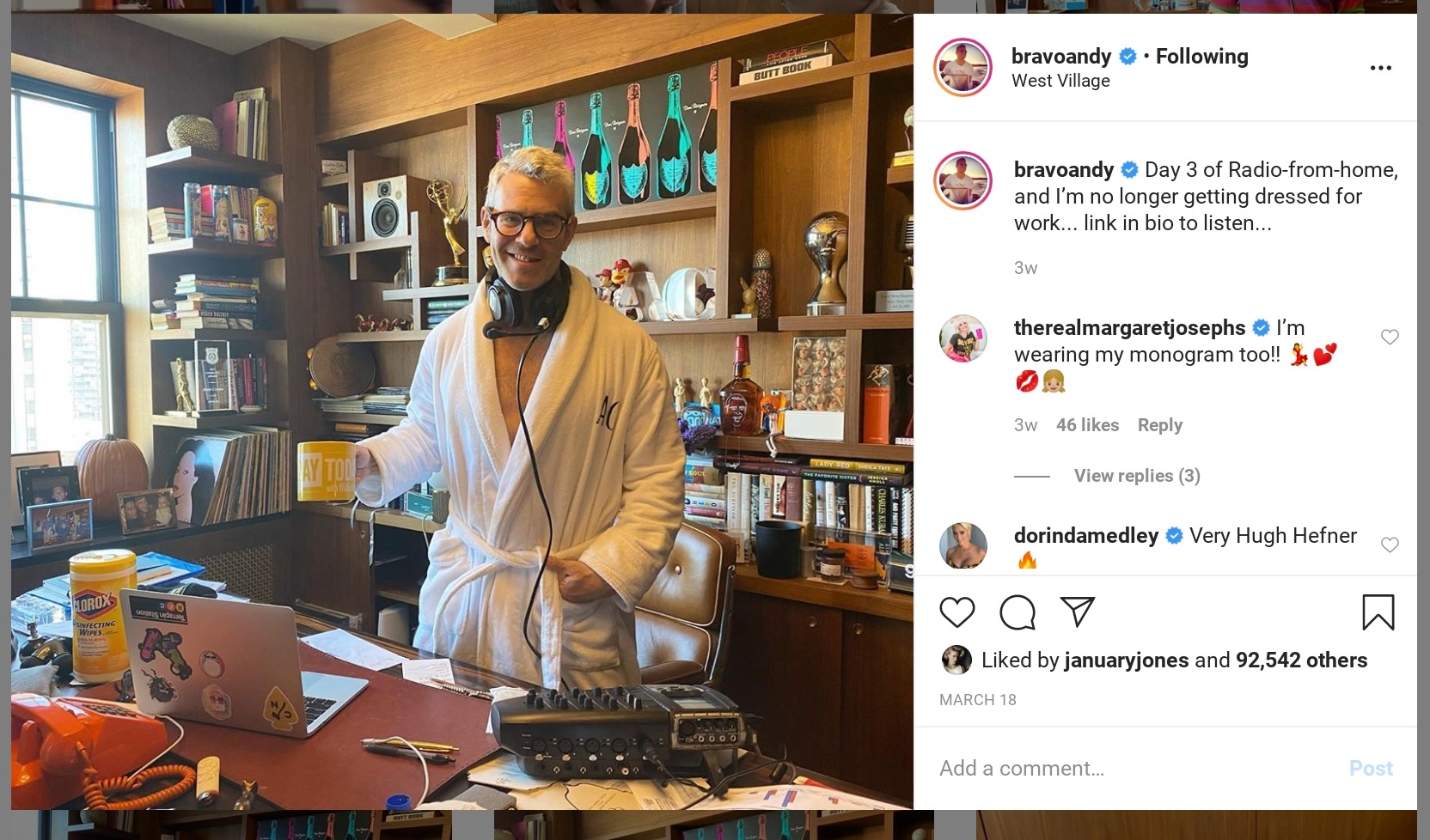 The 52-year-old reality television personality made sure that her hair and make-up were groomed to perfection as she posed for a selfie.

She had a giant Fendi tote in the foreground, even though she wasn't going out anywhere.

However, as one fan pointed out, she hadn't been able to get a manicure as her usually long painted nails were short and bare, as they held the phone. 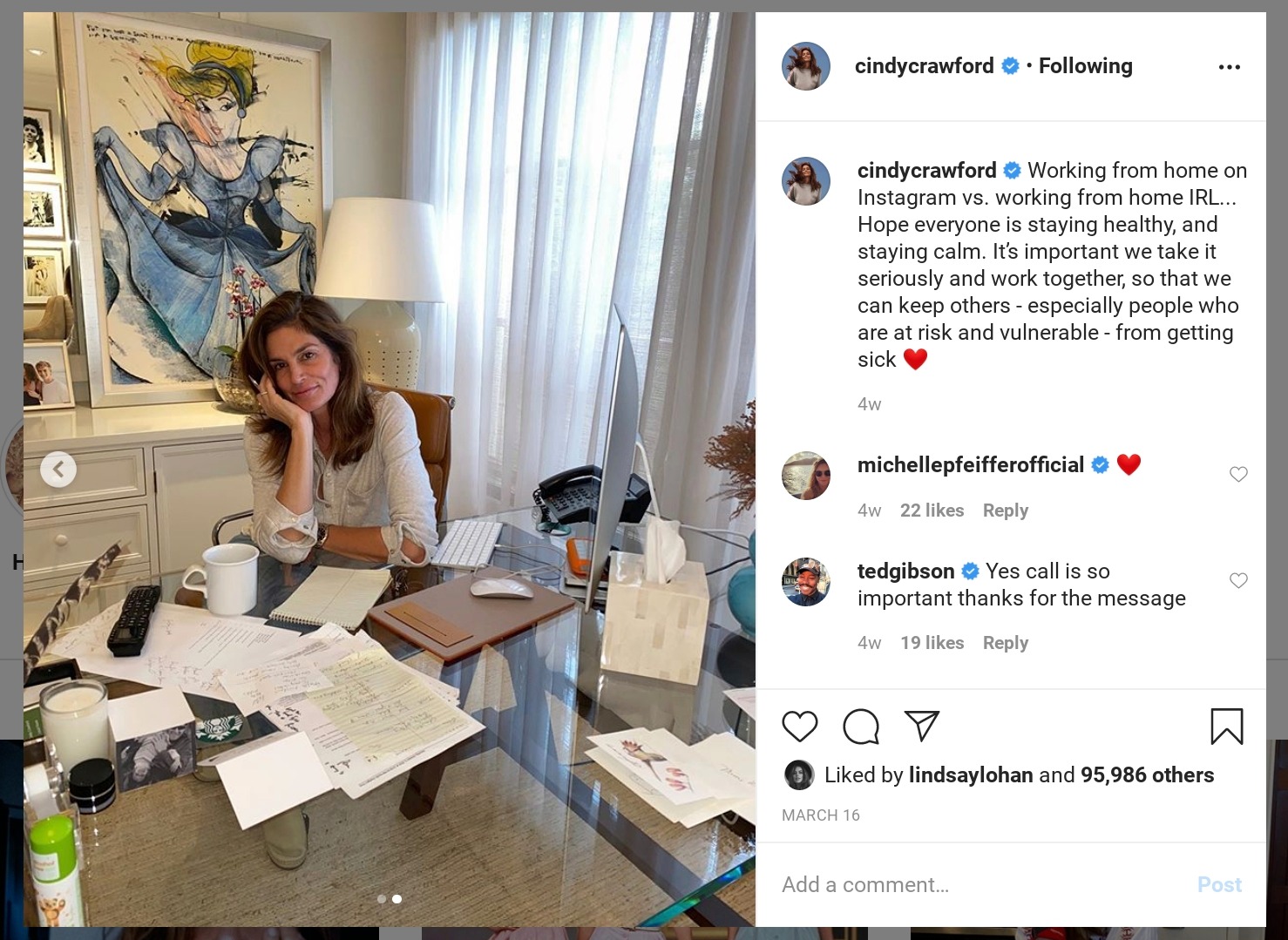 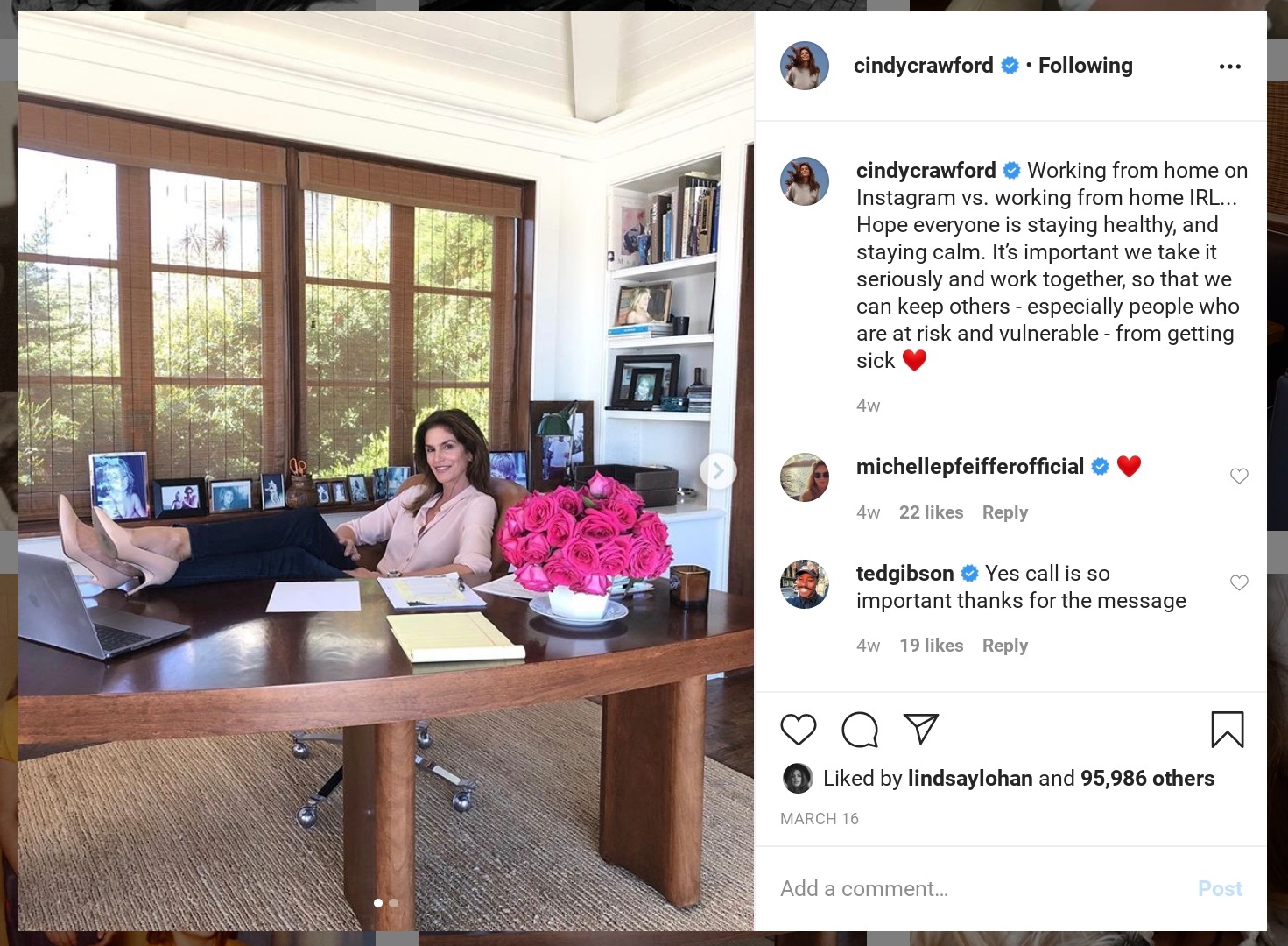 Andy Cohen, who has now recovered from contracting coronavirus, revealed his home set up for his Sirius XM radio show.

The Watch What Happens Live host managed to get dressed for the first two days of broadcasting his show from his home.

However, by day three, he was in a bath robe and eyeglasses, presumably after also giving up on his contact lenses.

Alongside his technical equipment, Andy had one important other addition – a tub of anti-bacterial cleansing wipes. 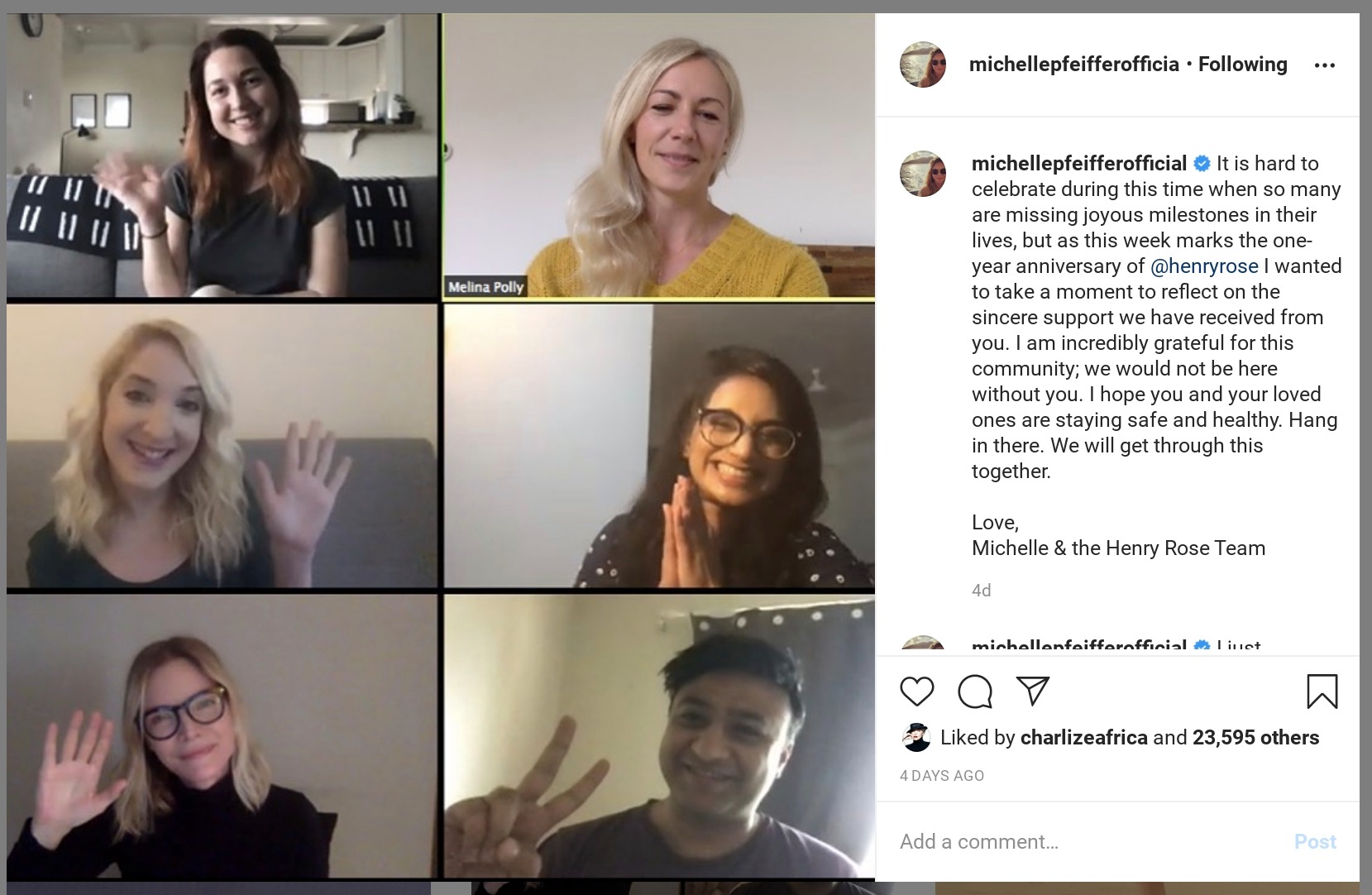 Supermodel Cindy Crawford joked about the reality of working from home, versus the Instagram-friendly perfect image of the scenario.

She posted a picture with her heels atop a wooden desk which featured a giant bouquet of flowers, and contrast it to her real life working from home image.

The timeless beauty was seated at a messy glass desk, as she was make-up free and next to an empty coffee mug.

She captioned: "Working from home on Instagram vs. working from home IRL… Hope everyone is staying healthy, and staying calm. It’s important we take it seriously and work together, so that we can keep others – especially people who are at risk and vulnerable – from getting sick ❤️" 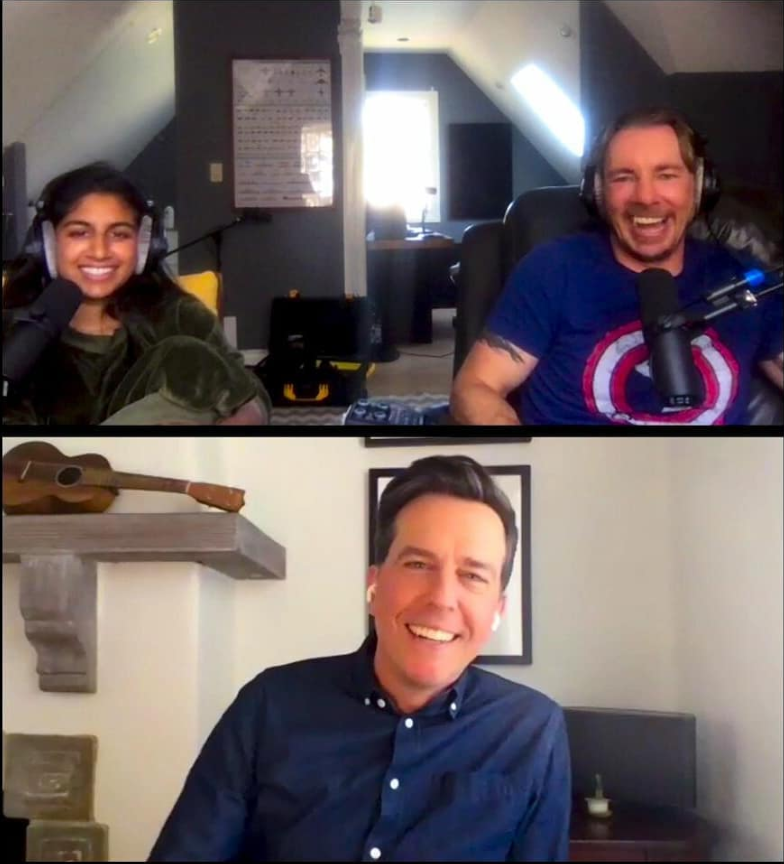 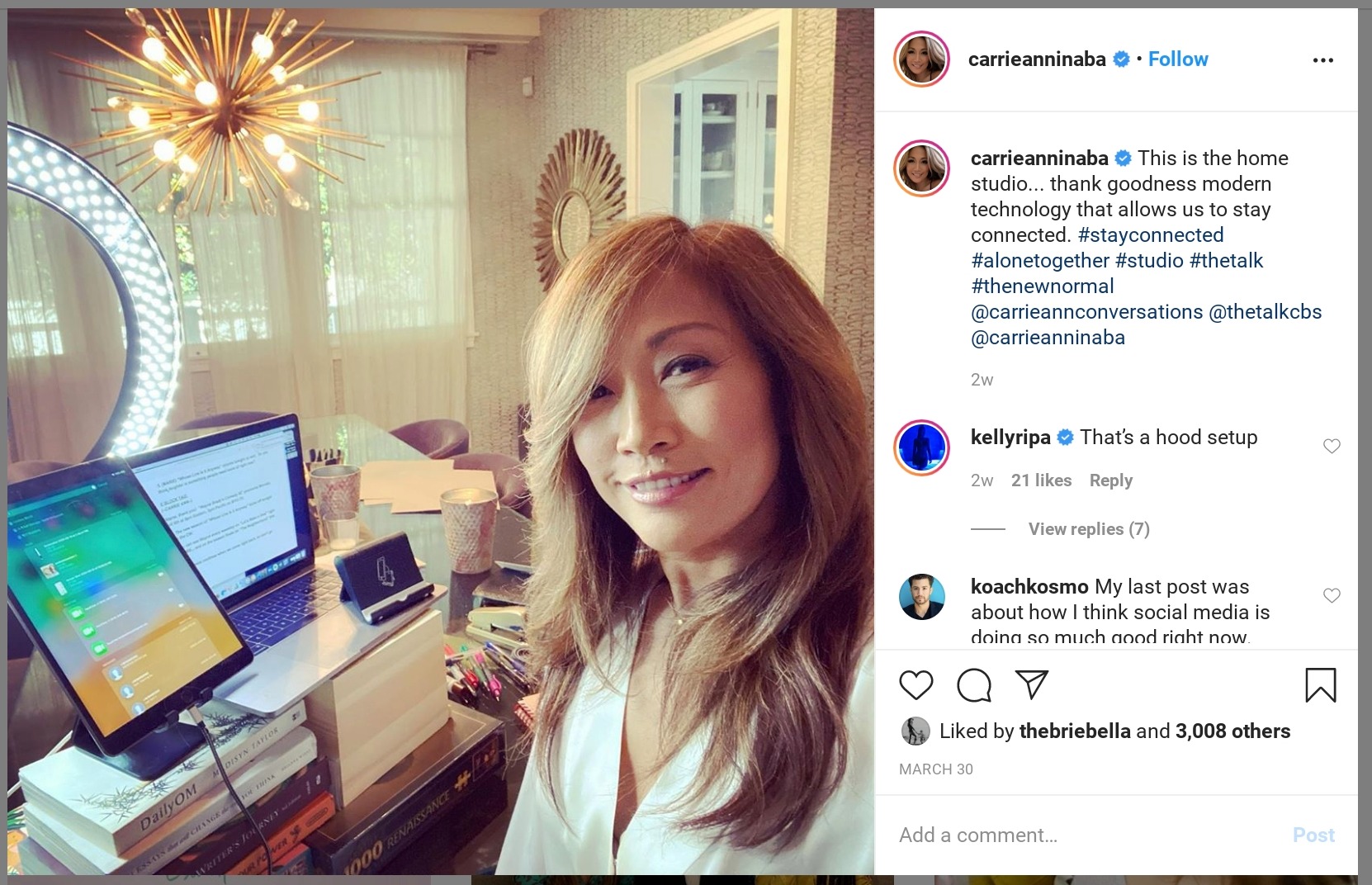 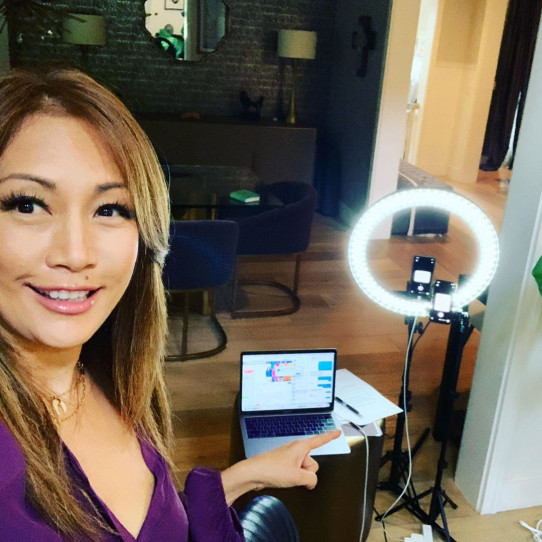 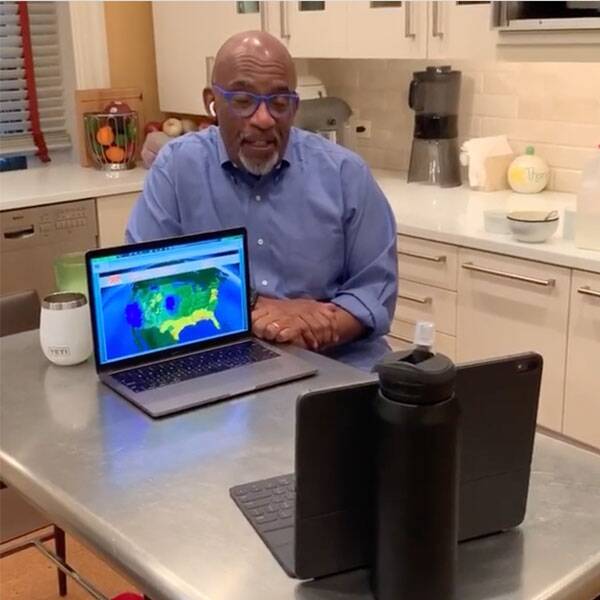 Michelle Pfeiffer shared images of a video conference call to her Instagram feed, as she continued working from home.

The Fabulous Baker Boys star plugged her brand as she posted the images of her team.

Carrie Ann Inaba made sure that her lighting was perfect, even when she was dialling in her appearances from her home.

The Dancing With The Stars judge revealed her studio set up, to take part in The Talk.

Meanwhile, weather forecaster Al Roker made do in his kitchen with two lap tops and a couple of discretely hidden beverages.

Model and cookbook author Chrissy Teigen perfected her home recipes during her time at home – she chose to skip getting dressed in favour of a bath towel wrapped around her as she knocked up Rice Krispie treats with her daughter Luna.