Home » TV and Movies » ‘Not a lot to ask!’ A Place in the Sun buyers hit out at Scarlette Douglas

‘Not a lot to ask!’ A Place in the Sun buyers hit out at Scarlette Douglas

Scarlette Douglas guided a couple around a number of properties in Sicily on a recent episode of A Place in the Sun. Shami and Clive from Durham were looking for a holiday home on the island that could eventually turn into their permanent home. However, the Channel 4 presenter struggled to find the couple’s perfect property with their budget of £180,000.

Shami and Clive revealed to Scarlette that they’d travelled around Italy for a number of years and were now looking to find a new home in Sicily.

The pair were hoping to find a property with a sea view, a garden and two to three bedrooms.

However, as their budget was only £180,000 Scarlette confessed: “I can sense a challenging search.”

It wasn’t long before Shami and Clive became frustrated with the properties offered up by Scarlette. 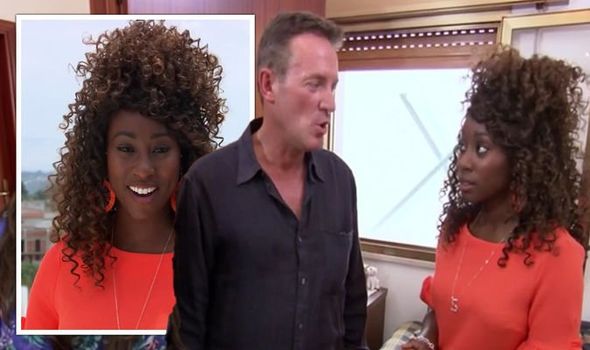 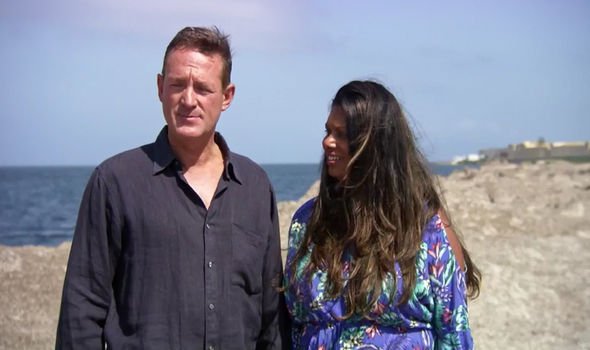 The property expert took them onto the first location which was a country house with two bedrooms and a sea view from the roof terrace.

However, before even entering the property, Clive made it clear he wasn’t very keen, saying: “The location itself is a little bit isolated.”

Once they got inside he still wasn’t impressed as Clive commented on the size, saying: “I feel enclosed.”

The house was on market for just under £96,500, but there were a lot of negatives for the pair.

“This reminds me of my first student flat,” Clive exclaimed as he entered the kitchen.

After discussing with the couple what they disliked about the property, Scarlette concluded: “We want more space.”

Clive agreed and told the property expert: “Not a lot to ask!” 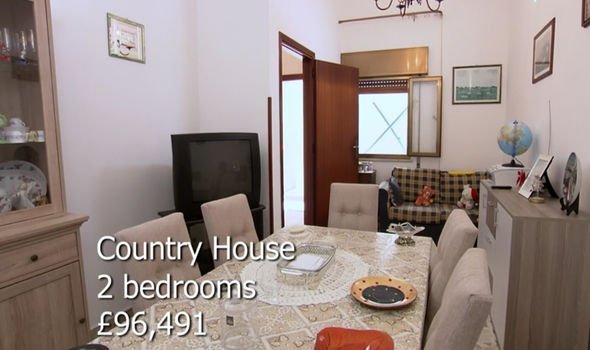 A number of viewers seemed to feel sorry for Scarlette, with many taking to Twitter to share their thoughts on the picky house hunters.

One viewer wrote: “Poor Scarlette, I feel so sorry for her trying to please these miseries!! #aplaceinthesun.”

Another viewer commented: “Why on earth did they pick Sicily? No appreciation of the crumbling beauty & history of old Italian villages. They should be in Benidorm. #aplaceinthesun.”

“Should not have chosen Sicily. Its beautifully rustic and authentic. Think they should have chose Marbella. #aplaceinthesun,” a third agreed.

Scarlette next took the couple over to property number two, in the hopes it would receive a better reaction.

The house, which was on the market for just over £184,000, boasted a garden, two terraces, two bathrooms and three bedrooms.

But, sadly it still wasn’t ticking the boxes for Clive as he remarked: “It’s all very holiday home.”

While Clive and Shami looked around the property, Scarlette suggested to viewers the couple had “too high expectations when it comes to the finish of the property”.

When the couple concluded the property also wasn’t working for them, Scarlette explained they weren’t going to get much more for their budget in Sicily.

As the pair complained about the decor of the property, Scarlette said: “We’re not going to find something super modern.”

“It’s just not for us,” Clive confessed.

Unfortunately for Scarlette, she didn’t have much more luck with her next two properties as Clive and Shami registered similar complaints.

The third property was a house on the market for just under £175,500, with four bedrooms and two bathrooms, but Clive claimed it was “very dated”.

“It looks old. It looks tired,” he said before adding: “I can’t see myself living here.”

Property number four was a house with an annexe, which boasted four bedrooms and roof terrace.

It was on market for just over £157,000, but once again didn’t impress the house hunters.

For the fifth and final property Scarlette decided to show Clive and Shami just how much they’d have to spend to get everything they wanted.

She went way over budget and took them to a property that was on the market for just over £228,000.

The property appeared to tick all the boxes for Clive and Shami as it was a three bedroom house with two bathrooms and a pool.

“You’ve done a great job,” Clive told Scarlette, although he did concede that the price may be an issue.

After viewing all five properties, the couple chose to return back to the UK and take more time to make their big decision on whether or not to move to the Italian island.

A Place In The Sun airs weekdays at 3pm on Channel 4.