The tenth feature from the Dutch auteur Alex van Warmerdam tracks one man’s strange journey into determining the origins of his birth. 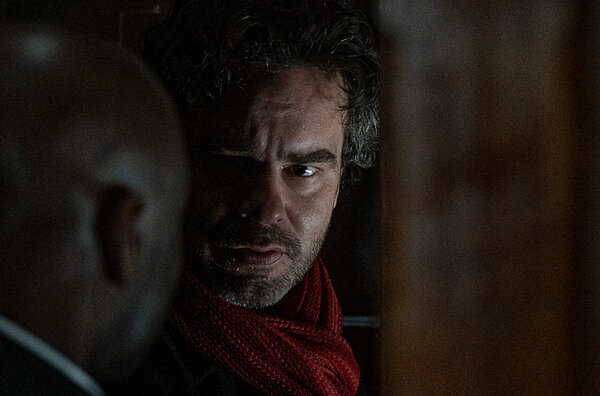 An actor is having an affair with the co-star of his latest play. The play’s director, who is the co-star’s husband, is suspicious. The actor’s daughter is secretly recording rehearsals on a video camera. Another man is tracking the actor’s every movement from a distance, and elsewhere, a sneering priest watches athletic competitions while receiving status reports on the actor from afar.

The Dutch auteur Alex van Warmerdam’s strangely inert “Nr. 10,” in other words, has plenty of initial intrigue, an unvarnished tableau of human conflict and emotion that he constructs only to brazenly toss out the window. After the actor, Günter (Tom Dewispelaere), is exposed for his affair, his life begins to unravel. In the midst of this, Günter, who was adopted after being found in the woods as a child, encounters a stranger who whispers a word in his ear that dredges up vague memories and dreams, cast in a gauzy haze, of his birth mother.

As Günter descends into the rabbit hole of his origins, the film morphs into something else entirely, in what feels almost like a practical joke, too dryly delivered, on van Warmerdam’s part. Most of the pleasure of “Nr. 10” comes in the building tension and titillating mystery of its setup, and the early moments as it begins to pull the rug out from under us.

Yet, what the film ultimately becomes — a sci-fi mystery, a smirking satire of religion — doesn’t possess enough actual narrative meat, formal style, or wit to justify its structural gambit. It’s all a bit of a playful tease from van Warmerdam (its title is a plain declaration of this being his tenth film), but the punchline doesn’t add up.

Nr. 10
Not rated. In Dutch, German and English, with subtitles. Running time: 1 hour 40 minutes. Rent or buy on Apple TV, Google Play and other streaming platforms and pay TV operators.