OLIVIA Culpo shared some intimate snapshots of her hunky NFL star boyfriend, Christian McCaffrey, to kick off the 2020 football season.

The 28-year-old supermodel looked stunning in a sexy bikini as the 24-year-old Carolina Panthers running back put his hands all over his girlfriend. 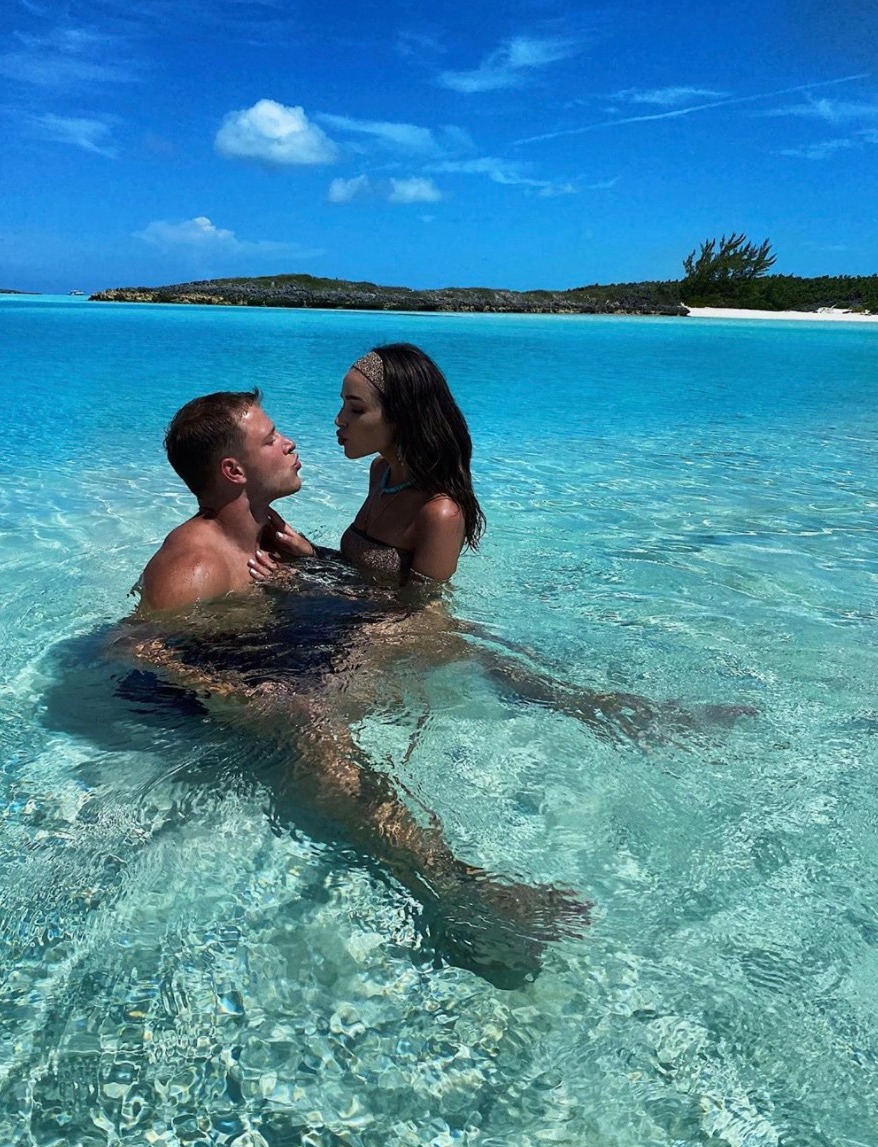 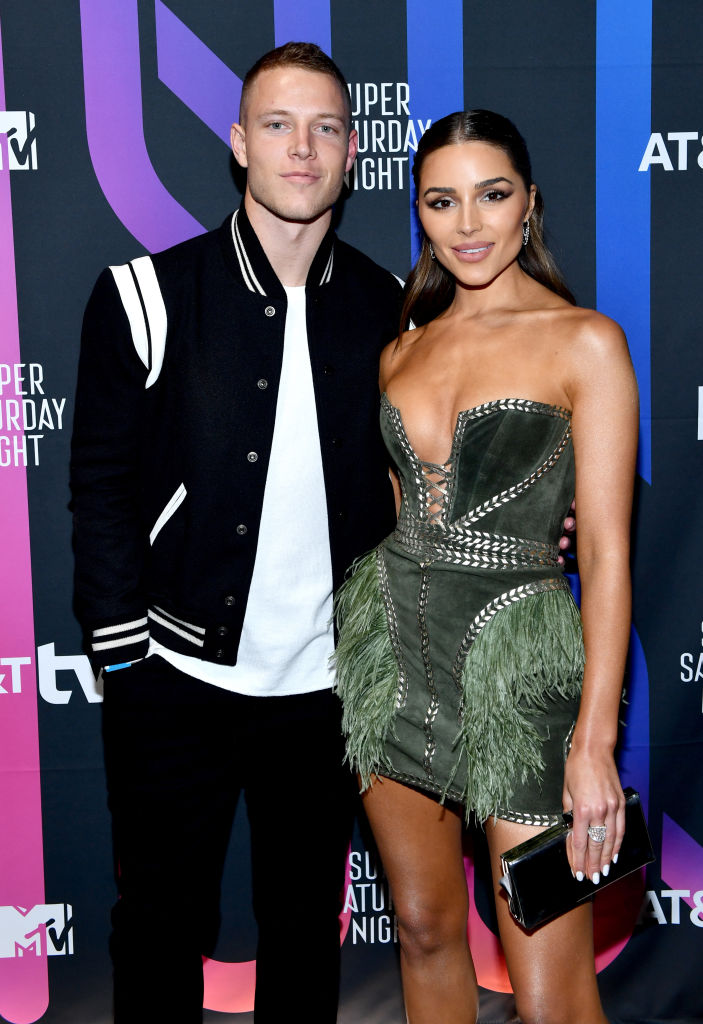 The pair were snuggled up close to each other in the crystal-clear water during a tropical getaway.

Christian gave the brunette bombshell a kiss on the cheek as his muscles wrapped around her.

In another photo, Olivia straddled her man as they puckered their lips towards each other as if they were about to kiss.

“IT’S GAME DAY!!!! Let’s goooooo,” she captioned the Instagram post on Sunday – the first day of this year’s NFL season. 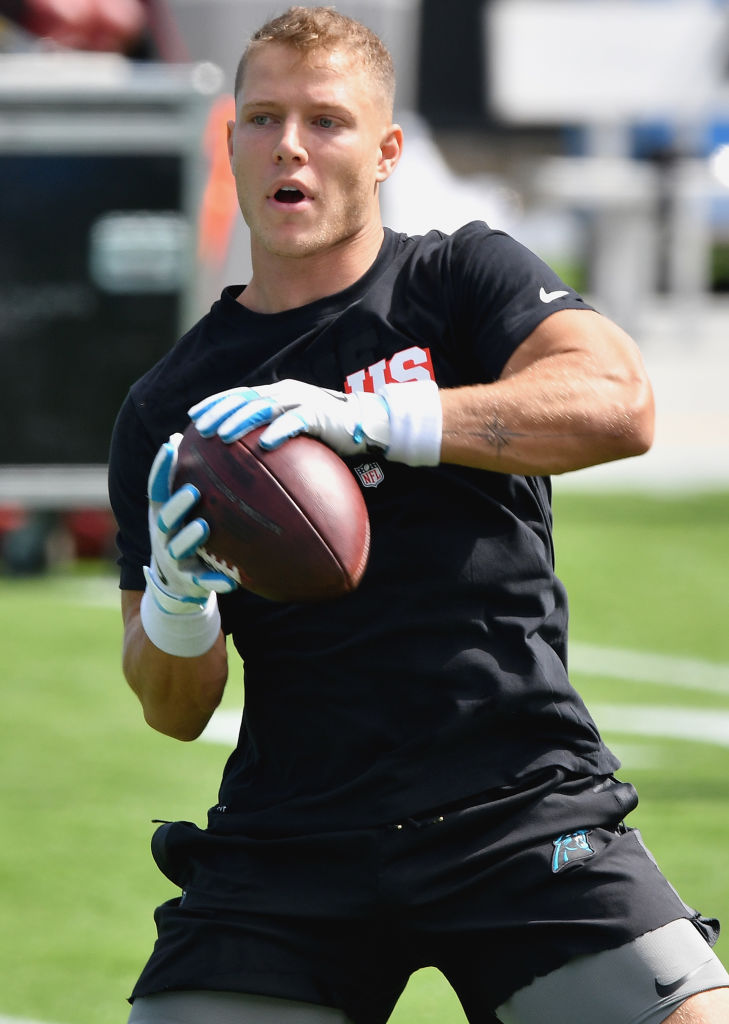 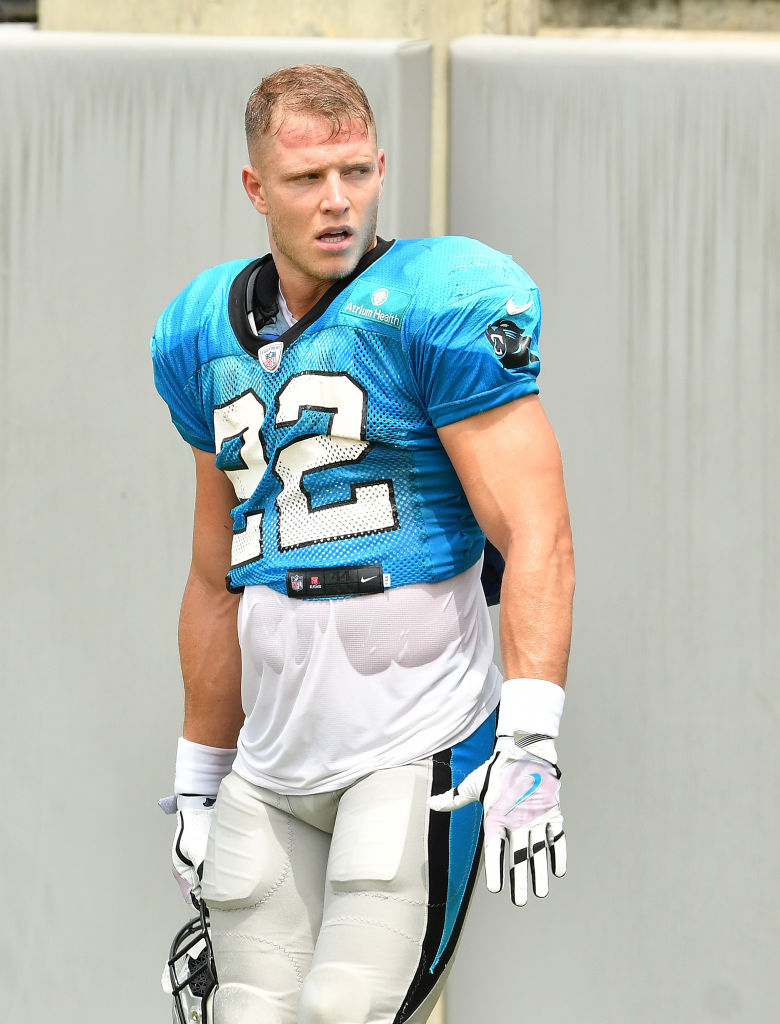 Christian signed a $64 million four-year contract extension with the Carolina Panthers in April.

The actress’ support must have paid off, as Christian opened the game with a touchdown against the Las Vegas Raiders.

However, the star’s team was defeated by their opponents and the final score was 34-30.

The Sports Illustrated covergirl and the Stanford alumni celebrated their one-year anniversary in June. 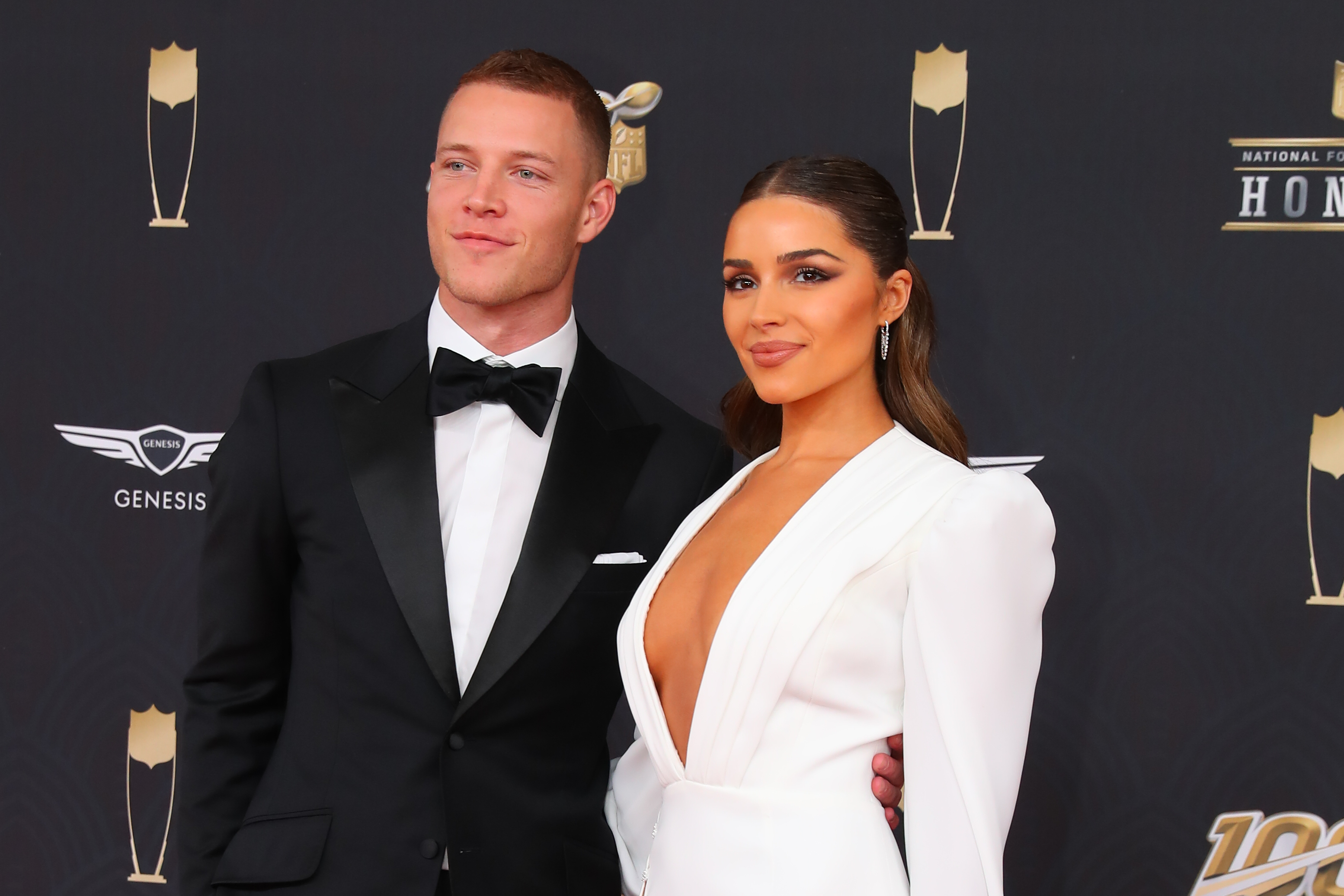 In July, Olivia  showed off her sexy figure on the 2020 cover of the Swimsuit Issue of the magazine with Jasmine Sanders and Kate Bock.

The former Miss Universe rocked a black one-piece with a gold chain wrapped around her waist as she posed in the water alongside her fellow models.

She stunned in a tiny white string bikini that showed off her toned abs for her solo edition of the cover.

Olivia wrapped herself in a clear jacket as she pouted out her pink plump lips. 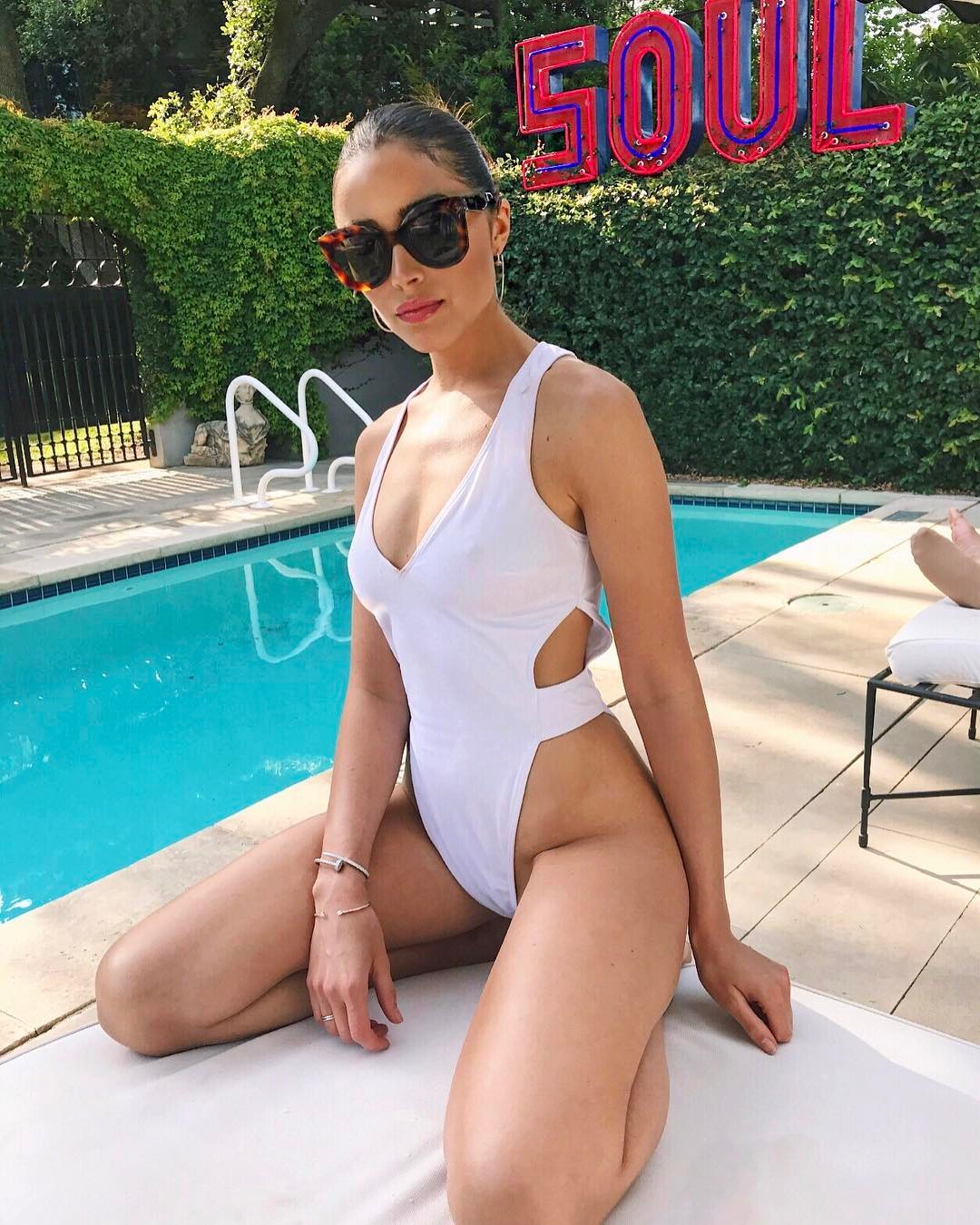 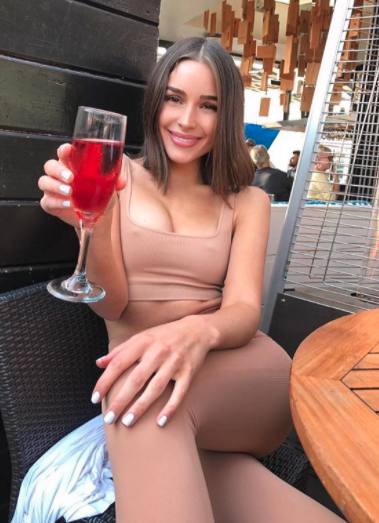 In another shot, the beautiful brunette wore a separate white bikini as she did a provocative pose on rocks in Denpasar, Bali – where the shoot took place.

As the snaps were released, Olivia – who previously dated singer Nick Jonas – expressed on Instagram how much the career pinnacle meant to her.

“WOW! I really am speechless and this still doesn’t feel real. I am so grateful for every experience I have been able to have with my @si_swimsuit family,” The Model Squad said.

She continued: “It’s been an honor to be surrounded by so many amazing and strong women.” 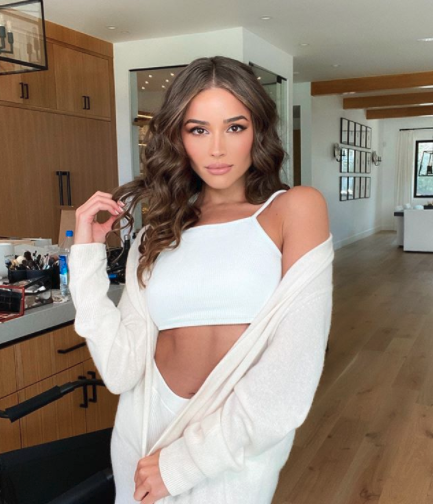 The fashion mogul went on to share a picture of the vision board she made four years ago that included Sports Illustrated before she had ever been photographed in the magazine.

“I cut out pictures from a huge SI coffee table book I bought and glued my face on it.

“I was debating sharing this but figured if this huge milestone can mean something to someone else out there then it’s an even greater blessing for me.

“To anyone who sees this, never stop visualizing and striving for what you want. Don’t lose hope and remain focused and persistent,” the I Feel Pretty star encouraged.