Oscar Nominations Analysis: 'Nomadland' Remains on Top in a Difficult and Confusing Year

Apart from “Promising Young Woman,” all of the chief rivals to Chloe Zhao’s film showed some signs of vulnerability 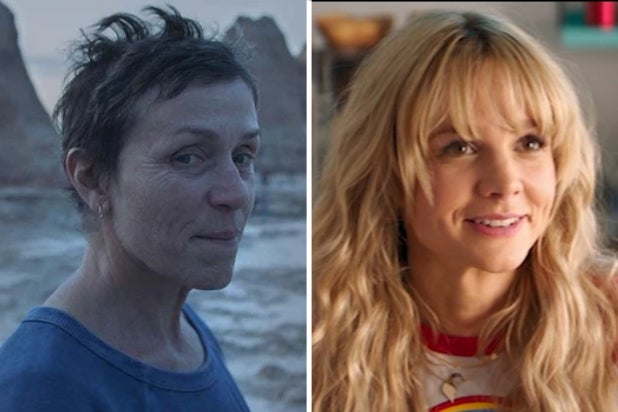 In this strangest and most difficult of years, voting on movies that few people have seen in actual movie theaters, Academy voters tried their best to pretend that this year’s Oscars can be business as usual.

In doing so, they came up with a lineup of nominations that kept “Nomadland” in good shape as a de facto front runner, gave a boost to “Promising Young Woman” and “The Father” and “Judas and the Black Messiah,” and put “Mank” atop the list of noms without indicating that it could really win Best Picture.

In fact, almost all of the main rivals to “Nomadland” came out of the morning with evident weaknesses. While Chloé Zhao’s American travelogue was nominated in all the crucial categories — picture, director, screenplay, acting and film editing — the others for the most part missed at least one key area:

• “Mank” was nominated for everything except for Jack Fincher’s screenplay, but that’s a very big one to miss.

• “The Trial of the Chicago 7” was nominated in most of the key categories but, in the biggest surprise of the nominations, Aaron Sorkin was snubbed for his direction.

• The directors of “The Father” and “Judas and the Black Messiah,” two of the six films that scored six nominations, also were passed over.

In fact, Emerald Fennell’s “Promising Young Woman” was the only major contender apart from “Nomadland” not to take some kind of hit from Oscar voters, and the only other film to be nominated for picture, director, screenplay, acting and editing — which were its only nominations, making it just the eighth-most-nominated film of the year.

“Promising Young Woman,” by the way, is also the top-grossing Best Picture nominee, though that statistic is just about meaningless given that theaters haven’t been open. But for the record, it has grossed $5.5 million to date — ahead of the $4.7 million for “Judas,” $2.3 million for “Minari,” $1.2 million for “Nomadland” and $390,000 for “The Father.” (Netflix, which has three of the nominees, does not report theatrical grosses.)

So when the early-morning dust cleared, “Nomadland” still looks like the favorite, with “Promising Young Woman” perhaps pushing past “The Trial of the Chicago 7” and “Minari” for the second spot, and “The Father” on the heels of those films in the Top 5. The Producers Guild, though, could change that picture when it reveals its winner nine days from now, on March 24.

And with two female directing nominees and an historically diverse group of acting nominees, Academy voters didn’t show the cultural blind spots that made the Golden Globe nominations so problematic.

Overall, Netflix dominated, as everybody knew it would, with 24 nominations in the feature categories and another two in shorts — but that’s not even the record for the most in the last decade, with Fox/Fox Searchlight landing 31 in 2013. (And it’s far short of the all-time record 45 that United Artists received in 1940.)

The nominations tried to make sense of a troubled year, one that had caused the Academy to continually change its rules. The show had been in tumult from the time theaters were shut down last March in the wake of the COVID-19 pandemic. Eligibility rules were loosened to allow films that lost theatrical bookings to qualify, then loosened further to the point where even in the absence of any theatrical business for most of the year, the number of qualifying films reached a 50-year high in the Best Picture category and set new records in the Best Documentary Feature and Best International Feature Film categories.

Members were swamped by the number of films, none of which they’d seen in theaters; in addition, they didn’t have screenings or receptions where they could compare notes or lobby for favorites. The Academy has said that viewership in the Academy Screening Room was extremely high, but they don’t release the figures on voting, and whether it declined or grew under the difficult circumstances.

It’s hard to tell from the results whether the usual voters were the ones casting ballots again, or whether the increasingly large number of international members exercised more influence than usual this year, although the presence of “Another Round” director Thomas Vinterberg in the Best Director category suggests the latter. (So does the absence of any of the films about U.S. politics in the Best Documentary category.)

And now the difficult, elongated awards season will move into Phase 2 — but like everything else about this year, that’ll be troubled, too. Final Oscar voting doesn’t even begin for a full month, with the Oscars almost a full six weeks away and the Academy still figuring out what to do about their awards show.

It may feel as if we’re ready to wrap up this Oscar season and move on — but like everything else these days, it’s not that easy. Strap on your masks, it’s going to be long ride.