Home » TV and Movies » Outlander: Did Jamie Fraser travel to the future in ‘death’ scene?

Outlander: Did Jamie Fraser travel to the future in ‘death’ scene?

Outlander fans were fearful hero Jamie Fraser (played by Sam Heughan) was going to perish after getting bitten by a snake while out hunting for buffalo. His leg was left badly infected as the snake’s poison spread through his body. Jamie had a pasty complexion, hovering close to death with amputation being the only option to save his life.

Throughout the course of the episode called Monsters and Heroes, Jamie’s fate hung in the balance.

He even told his son-in-law Roger MacKenzie (Richard Rankin) to kill Stephen Bonnet (Ed Speleers) on his behalf.

Claire Fraser (Caitriona Balfe) was terrified of losing Jamie and at one point it seemed as if he was meeting his maker. However, she managed to revive him and bring him back from the edge.

Luckily, by the end of the episode, the Highlander was saved thanks to his wife and daughter Brianna MacKenzie (Sophie Skelton), who administered Penicillin. 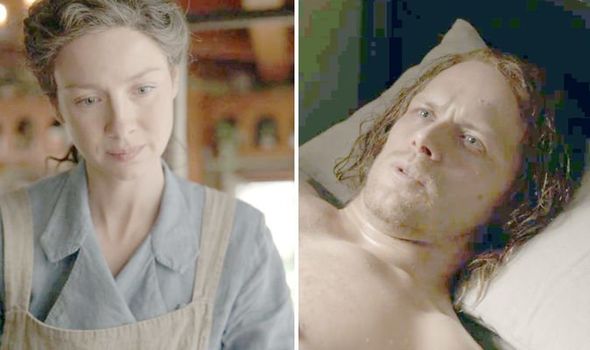 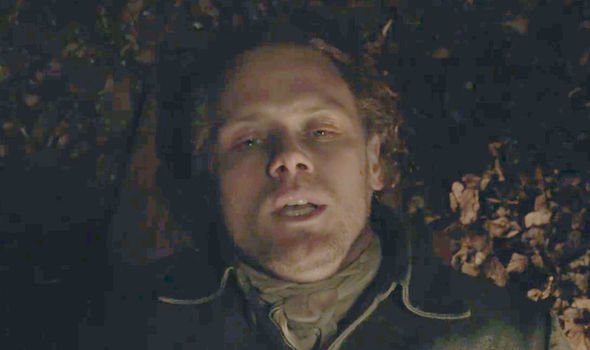 Did Jamie Fraser travel to the future in ‘death’ scene?

Jamie came closer to death than ever before in Outlander this week. Previously, he was on the brink as he lay wounded on the battlefield at Culloden.

His love for Claire brought him back then and this again seemed to be the case in the episode.

After Claire managed to revive Jamie, he revealed he’d seen a door but hadn’t gone through it, choosing to return to his beloved wife instead.

His words hinted he may have travelled through the planes of time and possibly to the future. 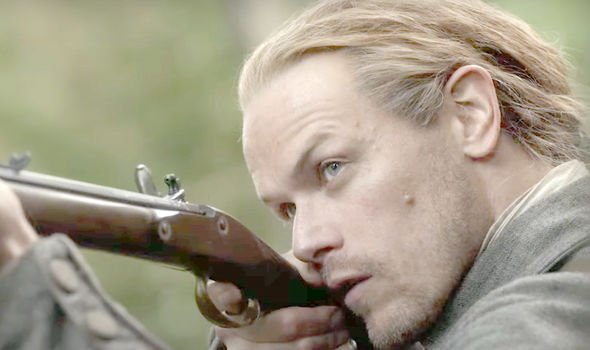 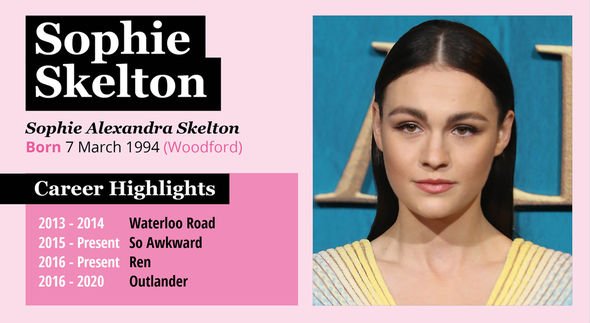 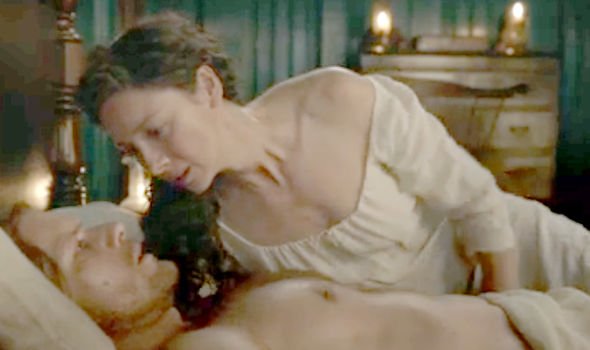 Outlander author Diana Gabaldon has previously confirmed the saga of Jamie and Claire will conclude with the Highlander visiting his wife in the future.

Jamie’s ghost will travel to Inverness in the 1940s where he will encounter Claire, shortly before she goes through the stones for the first time.

Gabaldon has been clear about Jamie’s ghost travelling through time, suggesting he must die first for this to happen.

Could Jamie have temporarily died in Outlander during this scene and his ghost projected itself to the future?

DON’T MISS…
Outlander: Did Claire really save Jamie’s life with sex act? [ANALYSIS]
Outlander explained: Does Jamie lose his leg in Outlander? [INSIGHT]
Outlander: Who was Young Ian’s wife? Why did he leave her? [INSIGHT]

While this is simply a theory, it seems like Jamie may well have died for a few moments before being saved by Claire.

The Monsters and Heroes scene itself had a supernatural quality and star Heughan recently shed more light on the moment.

He told Glamour: “To be honest, I think there’s still stuff to be revealed.

“I sort of secretly know what it is, but [it’ll be] revealed by Diana with these next few books and the next few seasons.”

He added: “For the time being, Jamie has chosen to remain here on this planet with Claire and they need each other.”

Interestingly, Gabaldon has previously said Jamie’s’ ghost is 25 when he meets Claire in the future.

This would suggest Jamie may have died for a short while at Culloden and his ghost went forth then.

Speaking to the Outlander podcast in 2014, Gabaldon said: “Sam Heughan asked me and I hadn’t thought about it before but I just answered him immediately. Do you want to know?”

Sadly, out of the main characters, Jamie is the only one who can’t travel through time, so this device would all him to do so.

Could his ghost make more than one trip? Fans will simply have to wait and see what Gabaldon and the writers have in store.