In season four of Outlander, Lizzie Wemyss (played by Caitlin O’Ryan) joined Brianna Fraser (Sophie Skelton) on her journey to North Carolina as she tried to find her parents. Lizzie’s father begged Brianna to take his daughter so she could have a better life and she quickly agreed.

Ever since, the pair have been close friends with Lizzie on hand to help support Brianna after she was raped by Stephen Bonnet (Ed Speelers).

Lizzie has settled on Fraser’s Ridge with Brianna, her husband Roger MacKenzie (Richard Rankin) and their son Jemmy.

She’s always on hand to look after the tot and to offer a shoulder to cry on when Brianna needs her.

Lizzie was left devastated in the penultimate episode of season five when Brianna announced she was leaving the Ridge and could not take her friend with her. 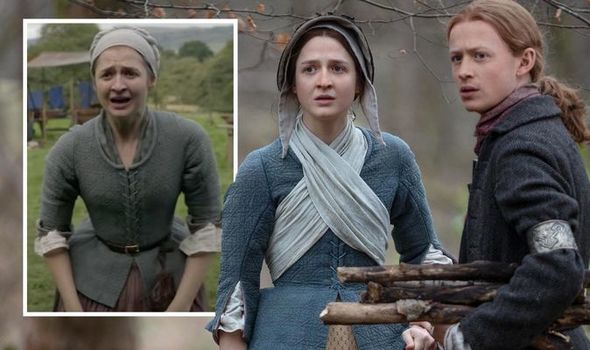 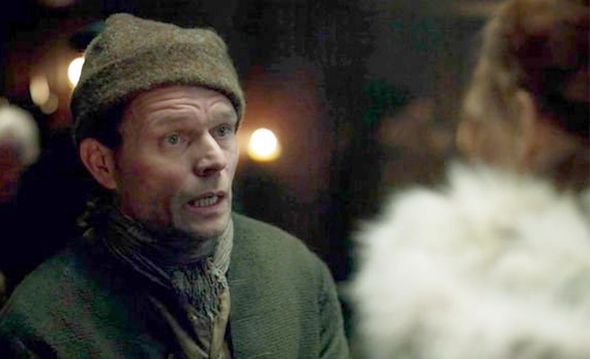 While Lizzie was unsurprisingly thrilled to find Brianna had returned, she’s remained more of a background character.

However, that’s all set to change in season six as executive producer Maril Davis teased an “exciting” storyline for Lizzie.

Detailing what happens in the next season on a virtual panel for the Paley Centre, Maril remarked: “It is hard to talk about the book without spoiling things.

“The original Outlander is my favourite, but A Breath of Snow and Ashes is my second favourite. 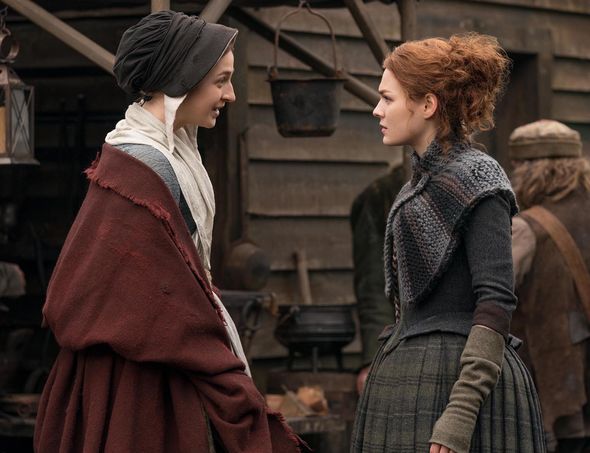 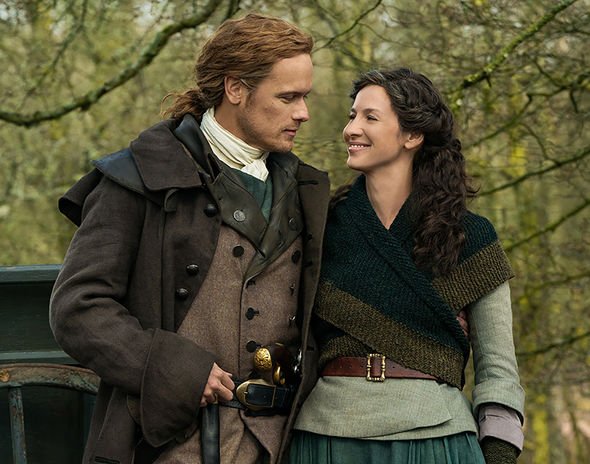 “It’s hard when you get to the sixth book. Matt and I’ve been on a lot of television series and we know the ups and downs and you don’t usually make it this far.

“We are very lucky that we have so many of our original members with us.

“We started with a crew of six people in the writers’ room and there are still four of us left, so it is crazy to me.”

Maril continued: “I just love this book, because, I think, there is so much for everyone in it.

“Jamie and Claire, their love deepens; Roger and Brianna, they have their own journey, and something fun and new happens with them.

“Caitlin O’Ryan, who plays Lizzie, has a great story, and she is such a phenomenal actress. There are just so many exciting things.”

Not much is known about Lizzie or her family so the possibilities about what her storyline could focus on are endless.

Could fans see her fall for one of the men at Fraser’s Ridge, fall pregnant out of wedlock or even reunite with her father?

While there’s big plans for Lizzie, Caitriona Balfe hinted at one small change for her character Claire Fraser.

Joining the panel, she added: “I am excited to see all my crew. I think we miss them all dearly.

“It is sad that everyone is not able to get up and go to work, and maybe I will get a haircut this season. I will let Sam do it.”