Marty Byrde (played by Jason Bateman) has been keeping Ozark viewers gripped for three seasons now as the scheming and highly intelligent money launderer for the Navarro Cartel. Marty is a role rather out of the norm for actor Bateman, who’d endeared himself to TV and film lovers thanks to his roles in some of the biggest comedies on both the big and small screen. And while Marty may not hold the comedic value of some of his previous alter-egos, it appears one key scene in season three of the Netflix series couldn’t resist an Easter egg from his stint alongside Jason Sudeikis and Charlie Day in Horrible Bosses.

Bateman made his debut on Ozark in the very first episode of the Netflix drama, and has gone on to star in every episode ever since.

Alongside onscreen wife Wendy Byrde (Laura Linney), Bateman’s Marty has faced his fair share of deadly obstacles as he tries to keep his family safe from the dark criminal world he’s embroiled them in.

And while his stint in Horrible Bosses carried a similar murderous theme, Bateman’s portrayal of Nick came with plenty more laughs than the dark and deadly circumstances Marty finds himself in.

In Horrible Bosses, Nick and his close pals Dale (Charlie Day) and Kurt (Jason Sudeikis) decide they’re all sick of their respective jobs for a number of different reasons. 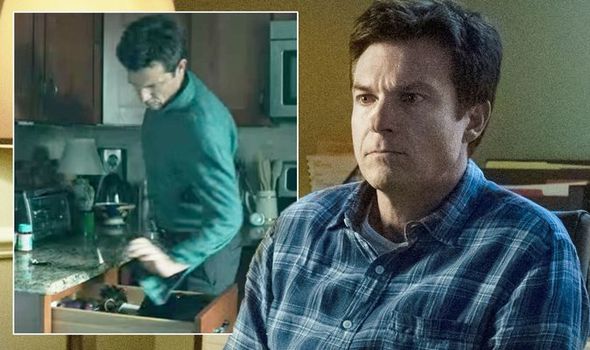 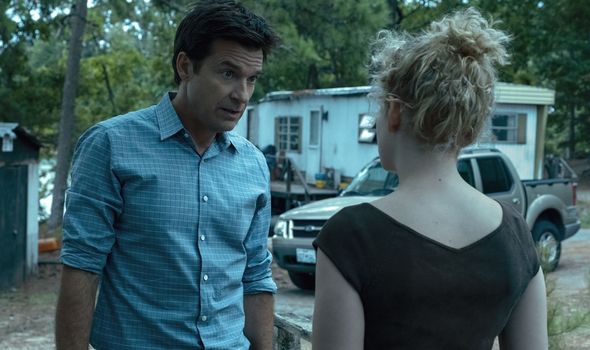 However, there’s one common theme among all three pals as their unhappiness stems from their bosses at work.

Nick is sick of his boss Dave (Kevin Spacey) refusing to acknowledge his hard work and promote him in the company – instead looking out for only himself and dismissing the rest of his workforce.

Kurt is worried the company he works for will go out of business after it’s left in the hands of Bobby (Colin Farell) as the drug-taking and reckless son of warm-hearted businessman Jack (Donald Sutherland) inherits the job when his father dies.

And Dale has had enough of working under sexually-crazed dentist Julia (Jennifer Aniston) following a series of highly inappropriate advances at the surgery. 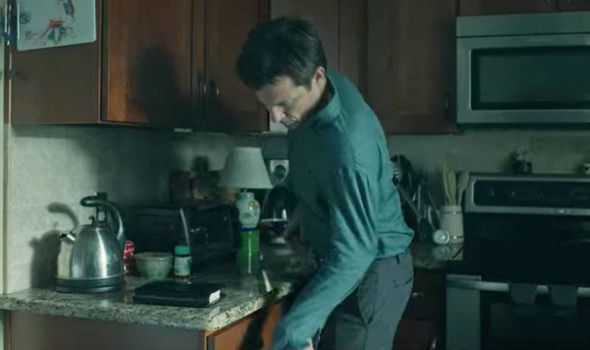 What ensues in the flick is a series of hilarious hijinx as the trio decide the only way to overcome their boss-shaped obstacles is to have all three killed.

So where does the Easter egg in Ozark lie? Well, the Horrible Bosses scene in question comes when Dale and Nick break into Bobby’s home.

However, Dale’s curiosity gets the better of him as he rolls his sleeves over his hands to start fondling with Bobby’s belongings.

But when he picks up an ashtray full of cocaine, it inevitably slips out of his hands – covering the front room in the drug.

Eagle-eyed Ozark fans have now picked up on the fact Marty adopted a similar technique when he didn’t want to leave fingerprints in therapist Sue’s (Marylouise Burke) house.

After bribing Sue with hundreds of thousands of dollars to keep what she knows about Marty and Wendy’s business with the cartel under wraps, Sue didn’t listen to their warning about lavish spending and bringing unwanted attention.

As a result, wicked lawyer Helen (Janet McTeer) has Sue killed thanks the handiwork of hitman Nelson (Nelson Bonilla).

Marty arrives at Sue’s home to check in on her only to put the pieces of the puzzle together to realise she’s been killed.

Keen not to leave fingerprints or traces of him being there, Marty rolls down his sleeves and adopts a similar technique to that of Dale in Horrible Bosses.

Reddit user and Ozark fan angitude picked up on the nod and took to the forum to share what they’d spotted.

“I couldn’t help but remember the sleeve-glove scene from Horrible Bosses,” they said.

It didn’t take long for fans to weigh in with their thoughts on the Easter egg, with one agreeing: “I commented the exact same thing on the episode discussion. Immediately thought of it.”