Home » TV and Movies » Pete from Below Deck Med racist post: Season 5 cast weighs in on meme and Bravo star’s firing at reunion

Pete from Below Deck Med racist post: Season 5 cast weighs in on meme and Bravo star’s firing at reunion 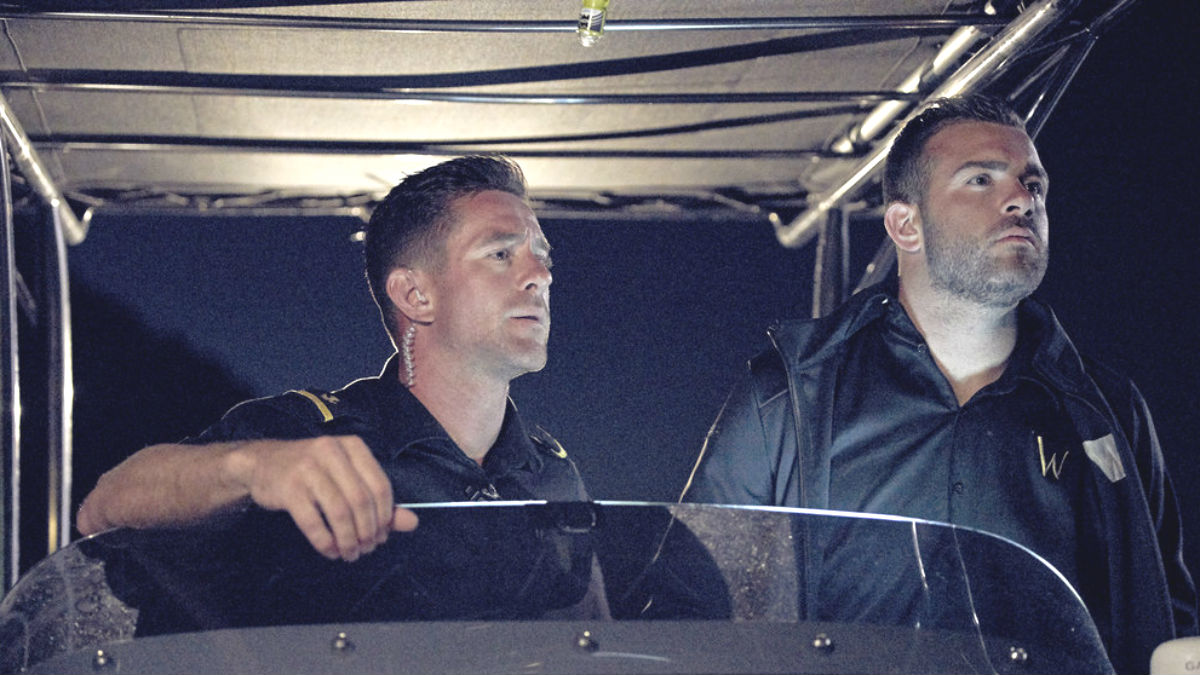 Pete from Below Deck Mediterranean’s racist post was one of the topics discussed at the Season 5 reunion. The cast weighed in on the meme, Pete’s firing from the show, and who has talked to the disgraced deckhand.

A few minutes into the virtual reunion with The Wellington crew, host Andy Cohen addressed Peter Hunziker being fired from the Bravo show after it started airing. Instead of making the statement about why Pete was not at the reunion and moving on to a new topic, Andy acknowledged the elephant in the room.

Bravo cut ties with Pete back in June after he shared a disgusting racist meme on Instagram. Andy shared that because of his termination, Pete was not invited to the reunion.

The host asked The Wellington crew for their opinions on Pete’s post. Captain Sandy Yawn was first to pipe up with her thoughts.

“The lack of consciousness with what’s going on in our planet and in our world. And that picture was so disturbing. I was blown away,” the captain shared.

Bugsy Drake declared that everyone, even Pete, could agree that what he did was disturbing. Hannah Ferrier found common ground with Captain Sandy and Bugsy for once.

“It’s quite upsetting and disturbing,” the former chief stew expressed.

Has any of The Wellington crew talked to Pete?

Andy wanted to know if anyone from the cast had spoken to Pete since he was fired.

“I did. We texted. I go, ‘What are you thinking?’ Like what is wrong with you? He wrote back, ‘Oh my God it was a mistake.’ And then I didn’t hear from him,” Captain Sandy shared.

Bosun Malia White, who had issues with Pete’s derogatory behavior toward women, also reached out to him.

“He’s just someone that doesn’t get it. He can say as much as he wants, like ‘Oh, it was a mistake,’ and whatever else. But he says these things,” Malia stated.

Alex Radcliffe, Jessica More, chef Kiko Lorran, and Robert Westergaard sat quietly. They either haven’t spoken to Pete or didn’t want to admit it on camera.

Fans know the deckhand was edited out of the back half of the season. It is believed Pete’s attitude would have been a pivotal storyline during Season 5, but after his firing, other storylines became more relevant. Jess and Rob’s romance is one of those fans think would not have gained so much attention.

The lack of showing Pete on air didn’t stop viewers from playing drinking games when seeing him or from the deckhand making headlines.

Most recently, there was a question about Pete’s involvement with the final charter guests meeting the crew at the club. It was initially believed Rob texted the group of ladies.