“Sister Act 3,” “Disenchanted” and a new “Diary of a Wimpy Kid” film will also debut as originals for the streamer 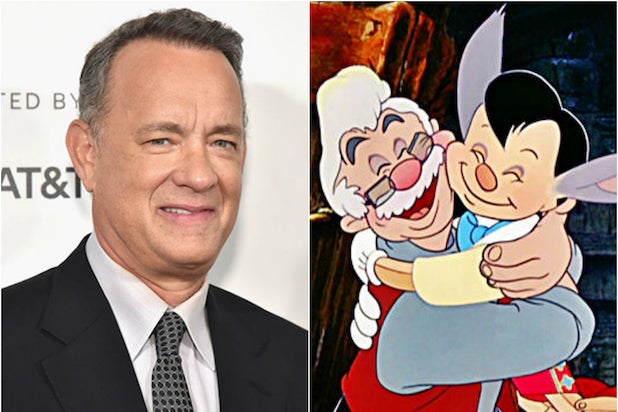 Disney will move some of its latest live-action remakes of animated classics to Disney+, including “Pinocchio” starring Tom Hanks and directed by Robert Zemeckis and “Peter Pan & Wendy” that stars Yara Shahidi as Tinker Bell.

Other films that will debut as Disney+ originals include a new “Diary of a Wimpy Kid” film, “Sister Act 3,” and “Disenchanted,” the sequel to “Enchanted,” for which Amy Adams has been announced to return, and a live-action and animated hybrid “Chip ‘n Dale Rescue Rangers” that will now star John Mulaney and Andy Samberg as the voices of the title chipmunks.

Release dates have not been revealed.

The announcement was made as part of Disney’s marathon investor day Thursday, and the studio clarified that while it will continue to bolster Disney+ with both exclusives and other films that will be released with the same premium model as “Mulan” earlier this year, including “Raya and the Last Dragon” premiering day-and-date on Disney+ and in theaters on its previously announced release date in March.

Among some of the other live-action remakes that will remain with theatrical releases are “Jungle Cruise” with Dwayne Johnson, “The Little Mermaid” remake, the “101 Dalmatians” prequel “Cruella” starring Emma Stone and “The Lion King” sequel directed by Barry Jenkins.

Hanks back in 2018 was first in talks to play Geppetto in the live-action “Pinocchio” back when “Paddington” director Paul King was still circling the project. But “Back to the Future” director Robert Zemeckis as of 2019 was the latest director in early talks to take on the adaptation of Disney’s 1940 animated film.

“Peter Pan & Wendy” is directed by “Pete’s Dragon” director David Lowery and stars “Black-ish” actress Yara Shahidi as Tinker Bell, Jude Law as Captain Hook, Ever Anderson as Wendy and Alexander Molony as the boy who refused to grow up Peter Pan.