Home » TV and Movies » ‘Plan A’ Review: Seeking Vengeance for the Holocaust

‘Plan A’ Review: Seeking Vengeance for the Holocaust

Set in postwar Germany, this film dramatizes the true story of a group of Jewish survivors who sought revenge through an astonishing undercover operation. 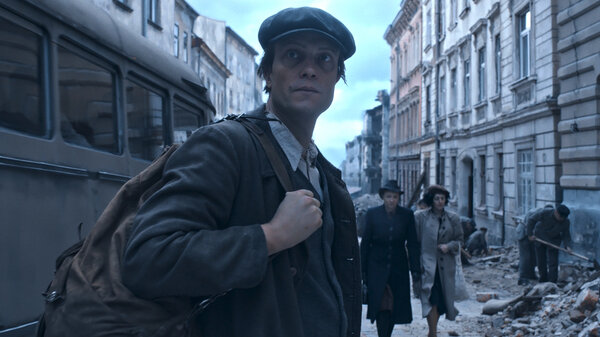 Movies about the immediate aftermath of the Holocaust often focus on the long journey to begin life anew, but “Plan A” dramatizes attempts by some survivors first to seek retribution — on a huge scale. The directors, Doron and Yoav Paz, fashion an undercover thriller from the true story of some 50 Jewish vigilantes called the Avengers, or Nakam in Hebrew, who tried to poison millions in German cities.

Max (August Diehl) returns to Germany in 1945 to search for his family and finds antisemitism still widespread. He meets a Jewish brigade of the British Army that is secretly targeting war criminals for off-the-books executions. They’re efficient — cue a montage sequence of Nazis being shot in the head — and Max helps them until he learns of the Avengers.

Max joins their mission to infiltrate a water plant, while their leader smuggles toxic substances from abroad. The scale and ambition of the plan can’t fail to create some suspense, even as it falls apart. But the storytelling is surprisingly slack, while it grasps for anguished romantic tension between Max and another plotter (Sylvia Hoeks). Diehl moves from looking stricken to single-minded but doesn’t bring much weight, moral or otherwise, to his pivotal protagonist.

An opening voice-over asks what you would do if your entire family were murdered. Despite sounding like a preview trailer’s hook, the blunt question emotionally situates us in the Nazi hellscape more effectively than the film’s visuals of ruins and hide-outs. The rest of “Plan A” never quite rises to the challenge posed by this remarkable chapter in history.