Wildly successful crime series Law and Order: Special Victims Unit has concluded its current season with a dramatic crossover with new spin-off, Law and Order: Organized Crime. In the meantime, some eagle-eyed fans of the NBC dramas have been looking back at some old favourites to see if they hold up under scrutiny.

A baffling continuity blunder has been spotted in an early episode of NBC’s staple investigation series, Law and Order: SVU.

While Hargitay has continued her unprecedented 22-season run as the series’ female lead, Stabler has finally returned after his departure at the end of season 12.

Back at the start of season three, Benson took on one of her most personal cases yet in the second episode, ‘Wrath’. 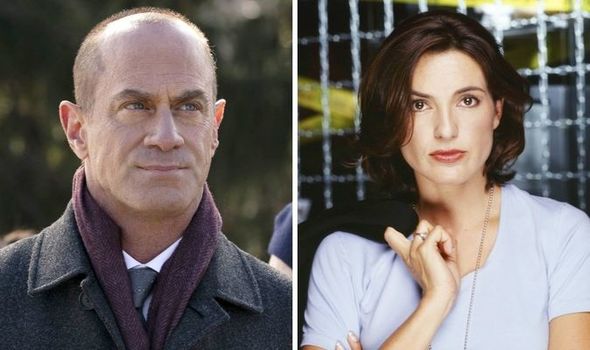 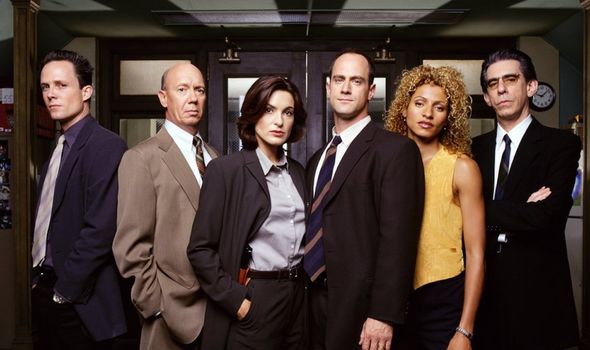 In this early instalment, Benson is forced to dig up her past when three mysterious murder victims are connected to the detective’s old cases.

Sadly, a strange editing mistake was spotted when Stabler visited Benson about a key development in the case.

One observant fan took to online message forums when they realised something strange was going on with the scene’s continuity.

They posted: “Benson visits Stabler at his home to confront him about the FBI detail he has ordered to protect her.” 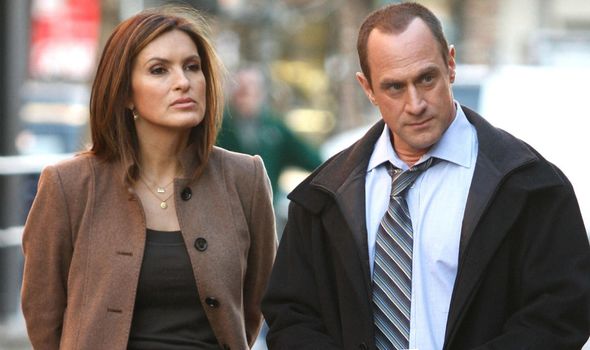 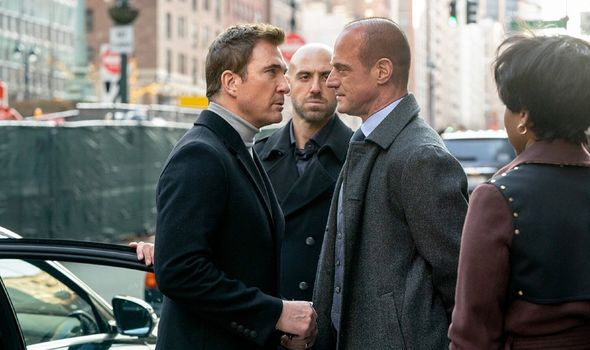 “They talk outside and then Benson is seen walking away.”

Unfortunately, a fairly rudimentary encounter between the two investigators proved distracting once Benson seems to depart.

The fan added: “The next shot shows a side shot of Benson approaching him again in silence but mouthing words to him.”

Despite Benson already leaving the scene, Stabler’s partner seems to be approaching him again when the camera cuts back.

Not only that, but for some reason Mariska Hargitay could have been reading dialogue but with the audio inexplicably cut out.

The most reasonable explanation is that the editor compiled the shots in a jumbled order, and had to remove the audio at the end of the scene.

To make matters worse, this was by no means the only production blunder fans have spotted in the opening episodes of the third season.

In the season premiere, one viewer spotted a strange occurrence with Benson and Stabler’s fellow detective, John Munch (Richard Belzer).

They wrote: “A white reflector screen and a crew member are reflected on Munch’s sunglasses when he is questioning the housekeeper.”

Plus, in episode three: “After Cragen and Cabot meet with Mark Sanford and his attorney, Cragen storms out of the building, followed by Cabot.

Thankfully, Law and Order’s compelling characters and gripping cases have allowed most fans to overlook a few continuity errors and keep tuning in week-by-week.

Law and Order: Special Victims Unit is available on NBC.