Prince Harry is predicted to bring Archie to the UK when he returns for the unveiling of Princess Diana’s state, a royal source has claimed. This was on of the topics up for discussion on This Morning’s View and presenters Alison Hammond and Dermot O’Leary were keen to hear their guests opinions on the reports. Georgia ‘Toff’ Toffolo suggested Archie could “bring joy to everyone” while Tom Swarbrick was focusing on the seven-hour flight the toddler would have to endure to come from LA.

Dermot began by explaining the report and how Prince Harry bringing his son would be a possible “olive branch” for the Sussexes.

“It’s a wonderful gesture, but there’s been a lot of things that been going on,” Toff said.

“There’s only so much water that can go under the bridge and, of course, having a child around brings so much joy to everyone.

“The Queen and Prince Charles haven’t seen Archie much since he was born. 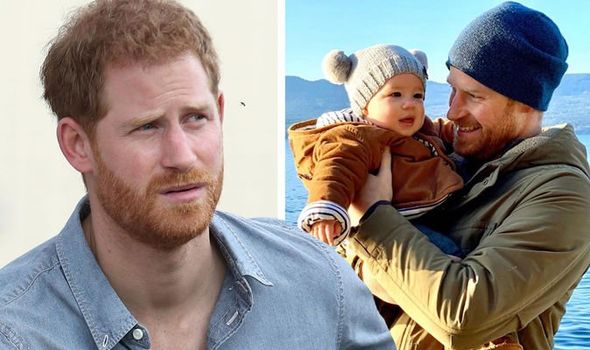 “But I do think with the whole Royal family and Harry and Meghan situation, you can get away with certain things with family, because they’ll love you regardless, it’s an unconditional love,” she added.

“But I do think there are a finite number of tokens where you can mess up.

“And I wonder whether there bag of tokens is wearing thin a little bit?

“Maybe this might be the saving grace, bringing Archie over but, I don’t know, the jury’s out with me, I think it’s been a very dark period for them.” 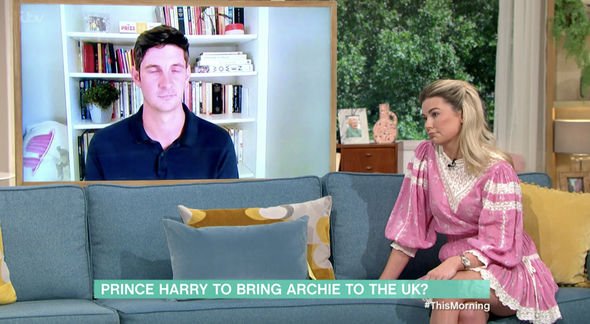 Alison added: “Tom?” And he replied: “To be honest, I’m more worried about the seven-hour with a young child.

“I can’t get past that really. That sounds like an absolute nightmare for him.”

Harry is set to come to the UK early next month for the unveiling of his mother’s statue.

The source said he was “planning on staying at Frogmore” and will “obviously have to quarantine”.

“But he won’t be alone – there’s strong reason to believe Archie will be with him,” Duncan Larcombe, author of Prince Harry: The Inside Story told Closer reported.

And the decision to bring Archie could be to help “diffuse the situation” and be “an olive branch and some sort of definite sign he’s looking to call a truce”.

The statue unveiling will be the first time Harry has seen his brother, Prince William, face-to-face since Prince Phillip’s funeral back in April.

The unveiling will take place at Kensington Palace.

Meghan Markle will not be attending as she is on maternity leave following the birth of Lilibet ‘Lili’ Diana.

Kate Middleton, however, could be making an appearance after The Mirror reported “the Duchess has seen the project evolve from conception to finished”.