Home » TV and Movies » Quiz: Drama about Who Wants To Be A Millionaire coughing scandal begins on April 13

Quiz: Drama about Who Wants To Be A Millionaire coughing scandal begins on April 13

Then he was offered the “extraordinary” role of quintessential quizmaster Chris Tarrant in the upcoming TV drama about the Who Wants To Be A Millionaire? coughing major scandal. And suddenly that resolution was history. It’s a bravura performance. He cleverly captures the essence of Tarrant’s cheeky charm without ever tipping over into caricature. But not everyone was thrilled with the casting, he tells me. “I was at the Pride Of Britain Awards,” recalls Sheen, “just after we’d finished filming. Walking down the red carpet having my photograph taken, I suddenly heard someone behind me speak. ‘Nothing like me!’ said a voice. I turned to find myself face-to-face with Chris Tarrant. 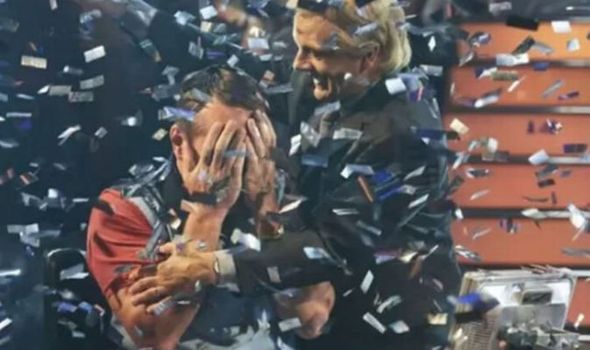 “I’d never met him before so it was a very weird experience to find myself chatting with him. But he was lovely. Very friendly, very warm, very generous.”

Quiz, the drama Sheen stars in, is based on what has been described as the most British crime of all time.

In 2001, Charles Ingram, a British Army major, was accused of cheating his way to the £1million jackpot on game show Who Wants To Be A Millionaire? by conspiring with his wife, Diana, and another former contestant seated in the studio audience who, it was alleged, would cough when the correct answer was repeated out loud by Ingram.

Quiz begins on ITV on April 13, adapted from a stage play that ran in Chichester and the West End. But somehow it seems better suited for television. Not only was it directed by the peerless Stephen Frears, but the studio was a precise replica of the original quiz show set. And that realism added an extra edge to the actors’ performances.

Says Matthew Macfadyen, giving a spot-on performance as Ingram: “Walking on to the set for the first time was fantastic. No acting was required because you were there under the lights feeling all of that real fear contestants would have felt.”

“That music is designed to get under your skin,” she says, “and it works. It’s so easy to watch from your sofa but it’s very different when you’re there, even though you’re acting and it’s not real.”

People still claim they saw the edition of Millionaire when Charles Ingram was allegedly “coughed” to victory. Not possible, says writer James Graham. “That episode was held back by ITV, because they were already suspicious of the outcome. Elements of it, however, were subsequently included in a documentary.” Ingram, his wife and another contestant Tecwen Whittock, were eventually convicted of “procuring a valuable security (the prize money) by deception”. But doubt remains over whether they were guilty.

Helen McCrory plays uncompromising defence barrister, Sonia Woodley. “I don’t have a particularly vivid memory of the scandal,” she says, “because the tragedy of the Twin Towers happened a couple of days later.

“But when I read the scripts, I was quickly gripped by the narrative. What’s so clever is that your mind is changing all the time. I ended up with a their big question mark over how culpable the Ingrams were.”

The truth can be a slippery concept, she says. “At school, my two children have a lesson all to do with what’s fake news and what isn’t. Was someone coughing in the audience? Well, certainly, there were coughs throughout but from various audience members. Could Charles Ingram really have identified a particular cough at a particular moment? I’m not sure.”

It’s this uncertainty that James Graham is at pains to exploit. “The world in general and the world on the small screen have moved on considerably in the nearly 20 years since that edition of Millionaire. Reality television has become a staple of prime-time viewing.

“But how real is it? We have the first reality TV President of the United States. So viewing what Charles Ingram may or may not have done on Millionaire has to be seen now through the prism of hindsight.”

Mark Bonnar plays Paul Smith, the TV producer who poured his heart, soul and a considerable chunk of his personal bank balance into making Millionaire the success he believed it could be.

“I met Paul on one occasion,” says Mark, “and I asked him whether he still thought the Ingrams were guilty. And he was 100 per cent convinced, he said, that they knew exactly what they were doing. But what’s so brilliant about James’s script is that the viewer is presented with arguments from all sides. He remains on the fence throughout, leaving the viewers to make up their own minds.”

So what of Chris Tarrant, the quizmaster under whose very nose the apparent daylight robbery took place and who hosted the series from 1998 to 2014? Tarrant has subsequently said that, while the play made for good entertainment, people should not be fooled into believing Ingram was the victim of a miscarriage of justice.

He is adamant the major should not be viewed as some sort of modern-day Robin Hood.

“To settle any doubts you might have about the character at the centre of the play,” he says, “he was as guilty as sin.” Ingram later wrote a book detailing the hardship he and his family suffered after the conviction. Tarrant says he felt little sympathy. “Some may feel poor old Charlie Ingram has paid a high price for his ham-fisted attempt to cheat at a quiz game,” he says.

“But this was a scheme to defraud a public company out of £1million. Anyone who tried to steal that from a bank would be looking at a long sentence.” 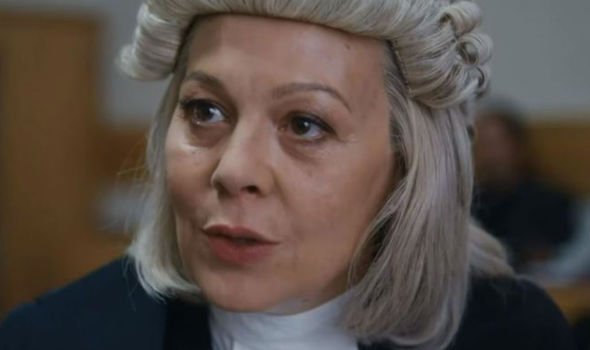 Macfadyen takes a slightly more sanguine view. “The Ingrams’ lives were totally ruined by what happened,” he says. “Their pets were attacked, they had to move house and he lost his job in the Army.

“And, to this day, they can’t go anywhere without people coughing at them. They suffered disproportionately. It was a game show. Nobody died.”

For the record, the Ingrams were each handed 18-month suspended prison sentences, while Whittock (Michael Jibson in the TV version) was given a 12-month suspended sentence after being convicted at Southwark Crown Court in 2003.

In time, the Ingrams were declared bankrupt on four separate occasions and were also found guilty of insurance fraud.

It’s also worth mentioning that the somewhat bumbling Ingram is nobody’s fool: he’s a member of Mensa, the largest and oldest high IQ society in the world of which only two per cent of the population are qualified to join.

Macfadyen and Clifford met the Ingrams when they came on set. “I was struck by the fact that Diana and Charles stuck together throughout everything,” Sian says. “She was made out to be a sort of Lady Macbeth figure manipulating her weak husband.

“But that’s not at all how she came across to me. I found her shy, sweet and rather introverted.”

Quiz begins at 9pm on ITV on April 13