Regina King’s ‘One Night in Miami’ Moves Into Oscar Race

After its rapturous Venice premiere, Regina King’s feature film directing debut, “One Night in Miami,” emerges as Amazon Studios’ likeliest Oscars 2021 contender. It could be the right film at the right time. Adapted by Kemp Powers from his Olivier Award-nominated play, the movie is set on the sultry Miami night in February 1964 when Cassius Clay (Eli Goree) defeated heavyweight champion Sonny Liston. The movie takes us inside the boxer’s celebratory after-party with pals Malcolm X (Kingsley Ben-Adir, “The OA”), Sam Cooke (Leslie Odom Jr., “Hamilton”), and Jim Brown (Aldis Hodge, “Clemency”) as the men debate the best ways to use their respective stardom to affect change in the segregated South.

Malcolm X is struggling with Elijah Muhammed and his top brass at the Nation of Islam, checking the lamps at the Hampton House for bugs, and criticizing pop star Cooke for catering to white folks. (They go toe-to-toe in a tense exchange that pays off late in the movie.) Peacemaker Brown reveals that he’s starting to act in movies. And Clay is sneaking swigs from Cooke’s liquor flask as he makes up his mind to announce that he, too, is a Muslim.

All four men are so strong in this thoughtful debate about the role of celebrity in African-American politics that Amazon has no choice but to follow the 2016 “Spotlight” playbook, setting the cast up for an inevitable SAG Ensemble nomination, as well as Supporting Actor contention (Mark Ruffalo and Rachel McAdams were nominated for similarly dialogue-heavy “Spotlight,” which won Best Picture and Original Screenplay). The actors will compete for slots against much of Spike Lee’s “Da 5 Bloods” cast. (Composer Terence Blanchard will compete with himself for Original Score.) And Odom could follow singer-actors Mary J. Blige and Cynthia Erivo with a dual nomination for acting and Original Song, for rousing closer “Speak Up.” (He could win.) 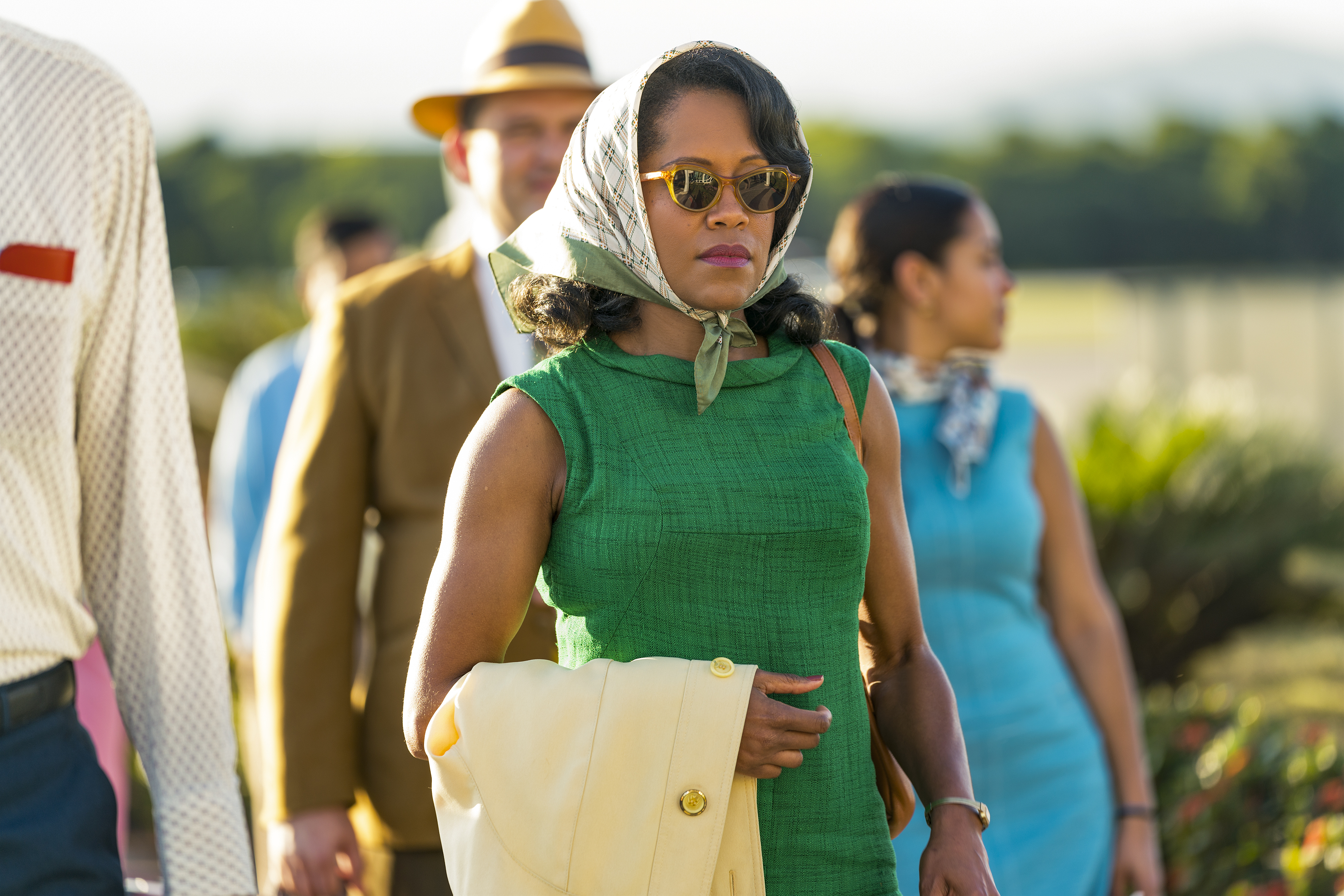 Regina King in “If Beale Street Could Talk”

If King lands a directing nomination for her elegant directing of this testosterone-charged talk-fest (like the play, much of it takes place in a hotel room), she’d be the sixth woman and the first Black woman nominee in the category in 92 years. So far, the continuously diversifying Academy has failed to anoint contenders Ava DuVernay (2014’s “Selma”) and Dee Rees (2017’s “Mudbound”).

It may be King’s time. Like previous directing nominee Greta Gerwig (“Lady Bird”), she gets a celebrity boost on the popularity scale, and has been on a roll, taking home her first Oscar for Supporting Actress for Barry Jenkins’ “If Beale Street Could Talk” (after not landing a SAG or BAFTA nomination) and winning an Emmy for Limited Series “Seven Seconds.” This year, she’s a leading contender for the Best Actress Emmy for her kick-ass role in HBO’s popular limited series “Watchmen.”

Also coming into the limelight is writer Kemp Powers, who could be nominated in the same year for adapting his own play “One Night in Miami” and also co-writing “Soul,” Pixar’s original movie about a jazz musician (Jamie Foxx), which was supposed to debut at Cannes. (Powers would follow Francis Ford Coppola’s double nomination in 1974 for “The Conversation” and “The Godfather Part II.”)

Below the line, two-time editing nominee Tariq Anwar (Best Picture winners “American Beauty” and “The King’s Speech”) could land a third nod for his tight 110-minute cut, while Tami Reiker (“The Old Guard”) could follow Rachel Morrison (“Mudbound”) as a female cinematography nominee.

While Amazon was the first streamer to notch a Best Picture nod with its 2017 contender “Manchester by the Sea,” it has yet to return to the category since. As often happens during the fall film festival derby, “One Night in Miami” will build on its Venice buzz at its September 10 screening at the Toronto International Film Festival. Amazon Studios isn’t about to let this one slide. “We’re giving it an all-in campaign,” said one Amazon publicity executive.