Run The World is set in Harlem and focuses on a group of four women as they navigate both their professional and personal lives. Starring Amber Stevens West, Andrea Bordeaux, Bresha Webb, and Corbin Reid, the eight-episode series looks set to be a hit once it airs in May 2021. Amber and Corbin told Express.co.uk their hopes for the show’s future and why they were attracted to the project.

Written and created by Leigh Davenport, Run The World is a fun female-led new series, candidly discussing friendship, what it means to be a black woman, and surviving in the big city.

The eight-episode series is scheduled to be released on May 16 on Starz in the US.

Davenport is a co-executive producer alongside showrunner Yvette Lee Bowser, who’s best known as the writer and producer of television shows Half & Half and Living Single.

Corbin shared her joy of working on a show that was “one of the most diverse sets I’ve ever been on and that was so cool.” 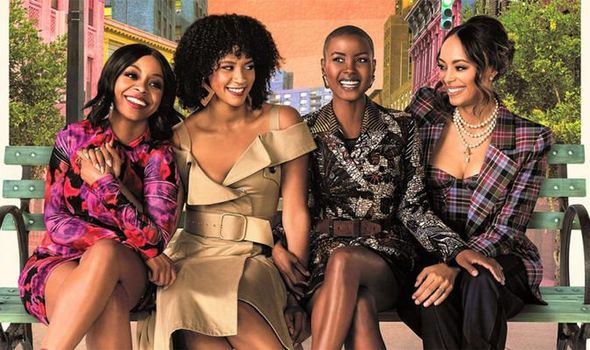 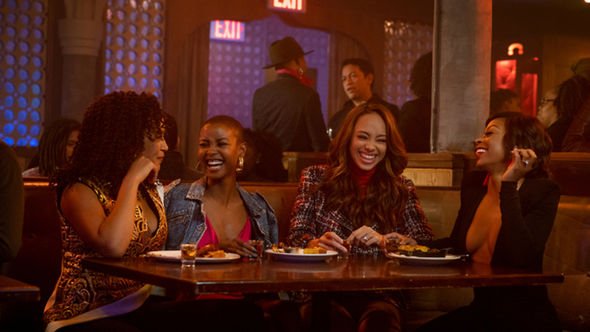 “Just to have two black women at the helm of the show was something I never thought that I would need, and was super powerful,” she added.

Stars Amber and Corbin shared with Express.co.uk their love for working on the show, as well as what they hope audiences will take away from the project.

The two actresses shared their excitement for audiences to finally see the show, with Amber saying: “We’ve seen it all and it’s so good.”

Corbin shared her sentiments, adding: “It’s so bomb. Every Sunday that we’ve seen it all, we love it. 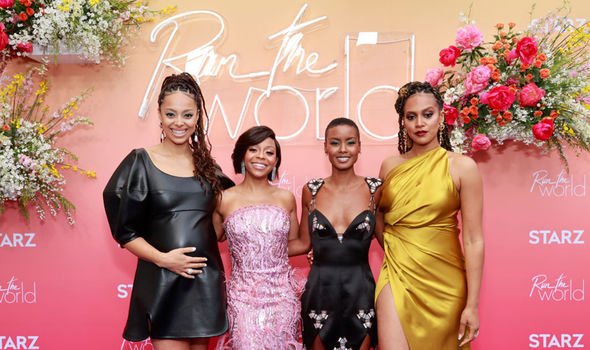 Corbin revealed how she came to Run The World, and what attracted her to the female-led project.

She had previously written a pilot episode herself as Corbin wanted to “see myself in a black female character in a way I hadn’t been seeing in other things I had been auditioning for.”

Friend and casting director Kim Coleman approached Corbin about the show and, reading the script, Corbin loved that Run The World was “such a complex, diverse, joyful depiction of being a black female, but also just being a female in general.

“I saw myself in so many of these characters that it felt like putting on the perfect pair of jeans.

“I want to be a part of this project in any way possible, and I probably have felt that way maybe about one or two things ever, so I’m grateful,” she continued.

Corbin’s co-star Amber also shared her exact sentiments, saying: “My favourite genre to consume is female friendships and enviable friendships, with women who are supporting each other, who are having laughs together.

“That’s what my real life looks like and I love that this [Run The World] is for black women, and it’s really third dynamic women, and funny and fabulous.”

Amber continued to explain that her attraction to the project was due to the lack of variety of black stories that were currently being told in film and television, and that black people are frequently “put into a box a lot of the time.”

“I’m really excited to be a part of a show that validates the true experience of black women,” she continued.

Audiences will certainly be able to relate to each character as they candidly discuss topics like race, feminism, fertility, relationships, as well as female friendships.

“I was like ‘Yes, this is for black women’, it is a love letter to black women, but also relatable for any woman,” Corbin remarked.

Amber and Corbin are excited that this type of show will be airing as Corbin explains it has “rarely been seen for us on TV.”

The two stars also reassured viewers that, despite a similar plot synopsis, the show is in no way similar to HBO hit Sex and the City, and Run The World clearly has its own very distinct voice.

Corbin confirmed, by adding: “It’s like every story is centred around that.”

The two later joked that behind-the-scenes, the cast members tried to learn TikTok dances, and there was “a lot of singing and dancing”.

Even though a second season hasn’t yet been announced, Corbin and Amber both shared their hopes for Run The World’s future, with Corbin adding, “we’re hopeful”, and Amber teasing that “we will know that sooner than later”.

Run the World premieres on Starz in the US on May 16 and will arrive on StarzPlay in the UK soon.