Actor played F.P. Jones on the CW drama since Season 1 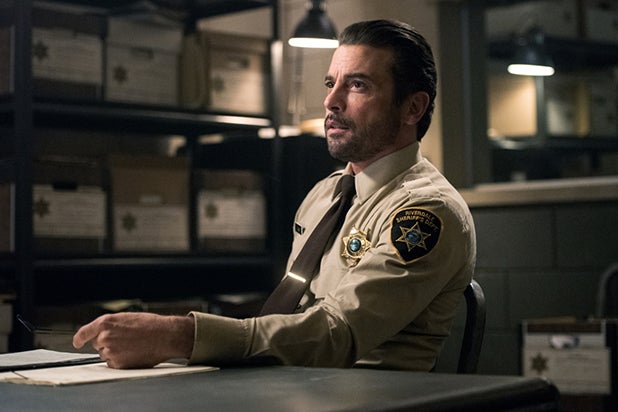 Skeet Ulrich explained his “Riverdale” exit in a recent Instagram Live, saying that he got “bored creatively” on the show.

“I’m leaving Riverdale because I got bored creatively,” the actor said in a video with girlfriend Megan Blake Irwin. “That’s the most honest answer.”

Ulrich and fellow series regular Marisol Nichols announced they’d exit the CW series back in February. In a statement at the time, Ulrich expressed appreciation for the show’s cast and crew but said he’d “decided that it’s time for me to move on to explore other creative opportunities.”

“Part of life in ‘Riverdale’ — and part of growing up — is saying goodbye to people. I’m grateful to Skeet and Marisol for their incredible work on the show these last four years, and we all wish them well on their future endeavors,” showrunner Roberto Aguirre-Sacasa said of their exits. “F.P. and Hermione will never be far from our hearts. And, of course, they’re always welcome back in ‘Riverdale.’”

However, Aguirre-Sacasa has since indicated that the first few episodes of Season 5 will cover the story that “Riverdale” was unable to complete in Season 4 due to the coronavirus pandemic. In an interview with TV Line following the season finale, the showrunner said both actors have agreed to come back to complete those arcs.