Home » TV and Movies » Someone Goes Back to the Future in Outlander Season 5, Episode 11

Someone Goes Back to the Future in Outlander Season 5, Episode 11

Please grab some smelling salts because Outlander’s penultimate episode just did that. This was one of those episodes where so much happened it could technically have been a season finale. We’re talking time travel, kidnapping, sex (naturally), big reveals, and—ah yes—a close-up shot of Jamie’s sperm. On that note, let’s get down to business starting with this bombshell news:

Brianna and Roger Go Back to the Future (I Think?)

These two have been anxiously wondering if their son Jemmy has the ability to time travel, and this week they finally get their answer thanks to Otter Tooth’s stone necklace. While Jemmy is playing with the necklace, he remarks that the stone feels hot, and on top of that he, Roger, Claire, and Brianna all hear a familiar buzzing. The consensus? Jemmy can time travel.

Roger and Brianna waste no time saying an emotional goodbye to their friends and family, give their land to Young Ian, and seemingly time travel back to the future. But here’s the thing: After Roger and Brianna go through the stones, they look highly confused about what greets them on the other side. Here’s to hoping they didn’t end up in 2020.

When all your relatives freak out over a buzzing piece of rock, you’re going to have questions! Claire finally tells Young Ian that she’s from the future after he presents her with a book of Otter Tooth’s writings, and his first instinct is to ask if he can travel to the past and change “something between a man and his wife.” Young Ian seems pretty disappointed that the answer’s no, much like I’m pretty disappointed that I still have no idea what the hell is going on in this dude’s personal life. 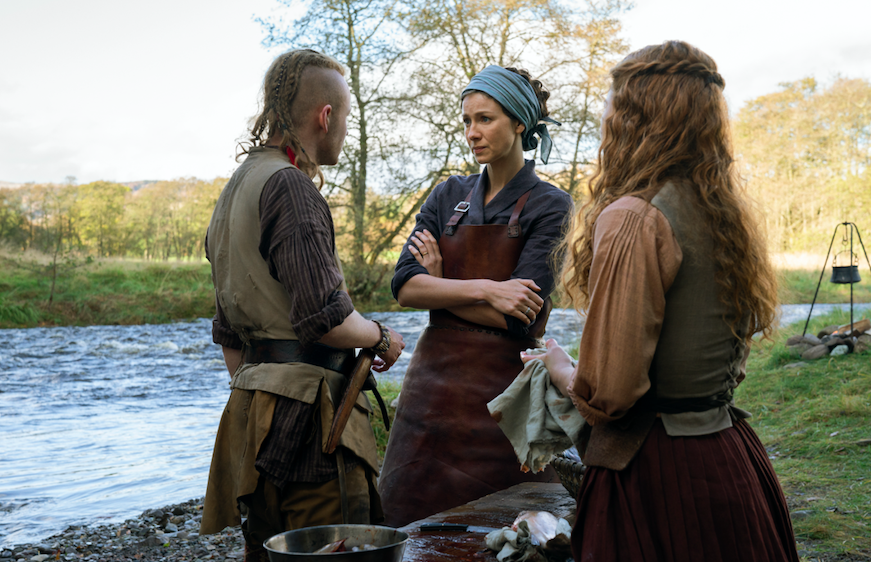 Brianna Finds Out About Her Brother.

Before Brianna and Roger peace out to the future, Lord John Grey pays a visit to Fraser’s Ridge and gives Jamie an update on his son, William, who’s about to become an Earl. This gives Jamie an opportunity to finally tell Brianna about her brother, and he sweetly asks her to look him up in history books when she gets home. Meanwhile, Lord John Grey reveals he’ll be heading to London with Aunt Jocasta’s butler Ulysses—who’s been hiding out in Fraser’s Ridge ever since killing that shady lawyer in Jocasta’s defense. 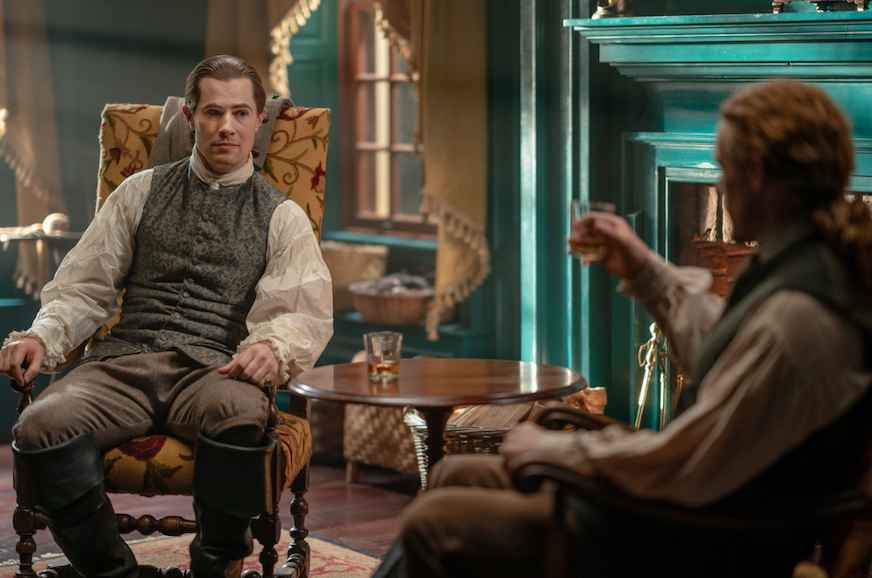 I don’t know how else to put it; that’s literally what happens. Basically, Jamie and Claire have a romantic moon-lit hookup, and apparently at some point in the evening she collected his semen and put it under a microscope in the name of … science? And dear reader, you better believe we saw his sperm up-close. 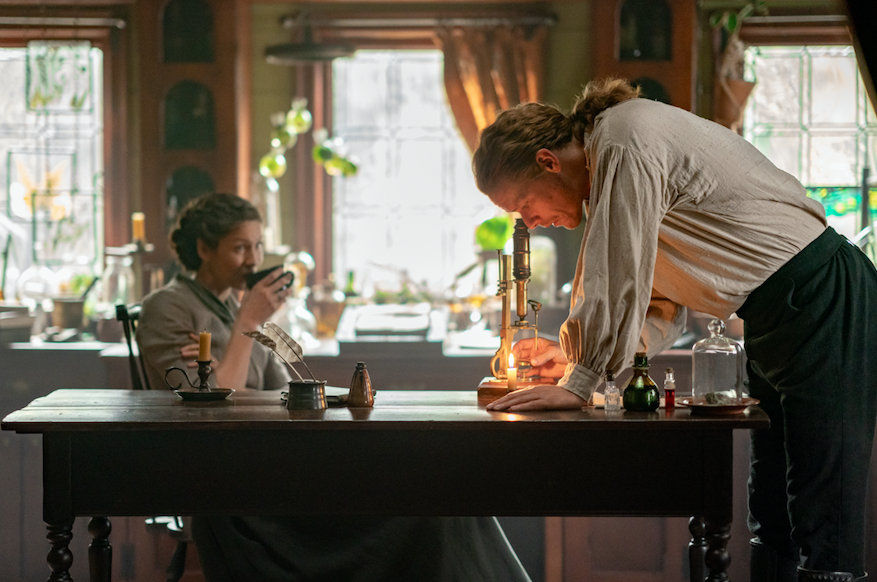 Claire Is Attacked and Kidnapped.

This came as a pretty huge shock right at the end of the episode—but before we get to a breakdown of what happened, here’s some background information: Remember Lionel and Richard Brown, who caused all that drama when Lionel’s daughter Alicia ran away with Isaiah Morton? Well, they roll up to Fraser’s Ridge asking Jamie to join a safety patrol who think Native Americans are burning down local residences. This is a) racist because they have no proof at all, and b) inaccurate, at least in Young Ian’s opinion. Either way, Jamie politely declines. 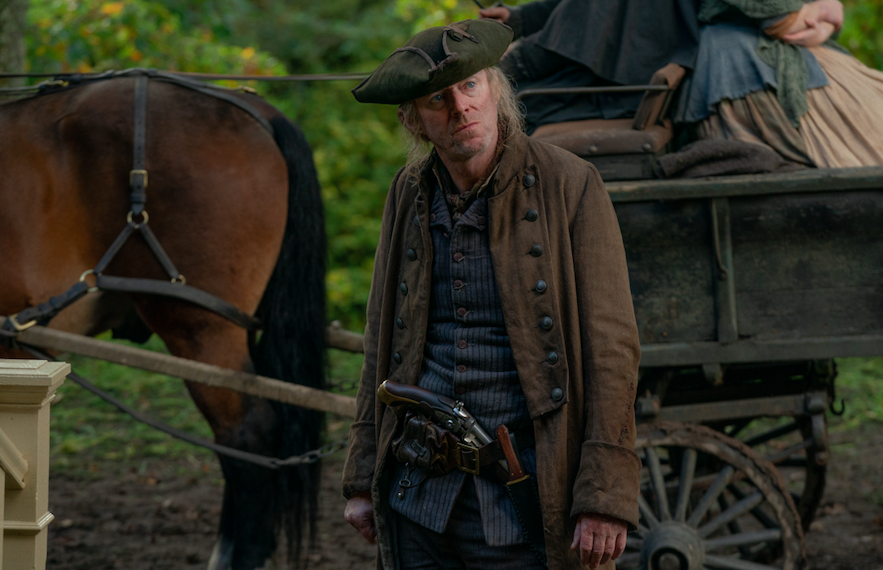 The thing is, members from this very same group of men are the ones who kidnap Claire and knock Marsali unconscious at the end of the episode while Jamie and Fergus are distracted. It’s unclear what their motivation is, but it might have to do with Lionel realizing that Claire is secretly Dr. Rawlings, AKA the elusive doctor who’s been teaching Lionel’s wife how to avoid conceiving a child with him because he’s abusive.

Jamie calls upon his countryman once he realizes what’s happened, so fingers crossed Claire will be safe at home soon.