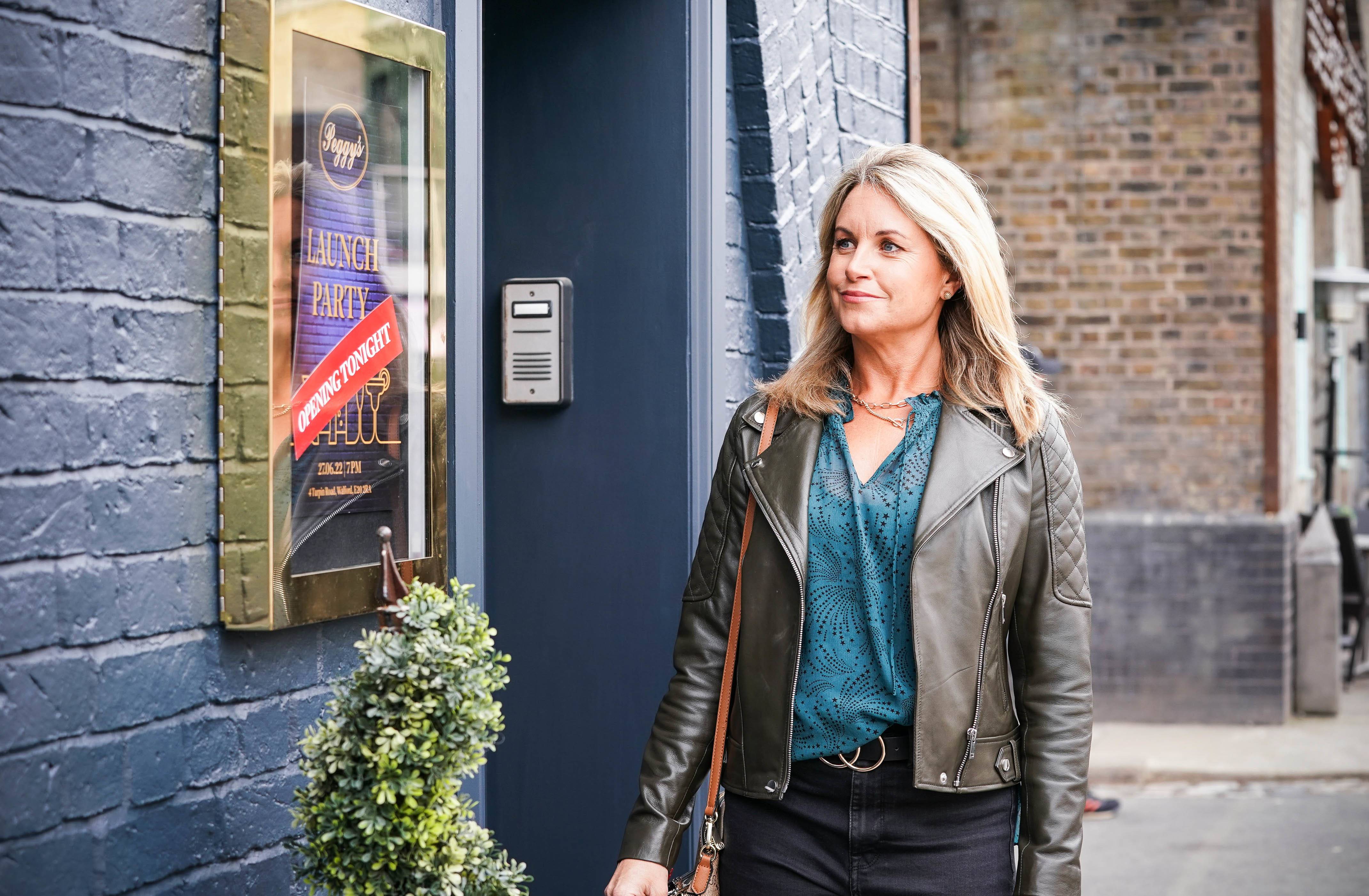 The week starts of a busy one for Kat and Sharon, as their putting the final touches to the club ahead of the grand opening.

Sam, who’s been sacked, ignores Kat and Sharon and starts bossing the staff about.

Seeing an opportunity, Kat and Sharon leave Sam alone with a long list of issues to sort.

However, when they return, they find Shirley (Linda Henry) trashing the club and she tells Kat and Sharon it’s payback for all the times the Mitchells have hurt her family.

Shirley warns them she won’t stop with her vendetta, but they’re stopped in their tracks when two men enter waving a gun.

As a gunshot rings out, chaos ensues at the club.

In the office, Shirley panics when she realises the thugs want the safe – and it’s in the same room as her.

A confident Sam enters and refuses to back down to the men’s demands, telling them to pass a defiant message onto Jonah.

Sam soon realises the threats are serious and takes the men to the safe but once again, things quickly get out of control and the gun goes off for a second time.

But who is shot?

And will they survive?