The mum-of-three told followers on social media that she's been craving some peculiar things during the first trimester of her pregnancy. 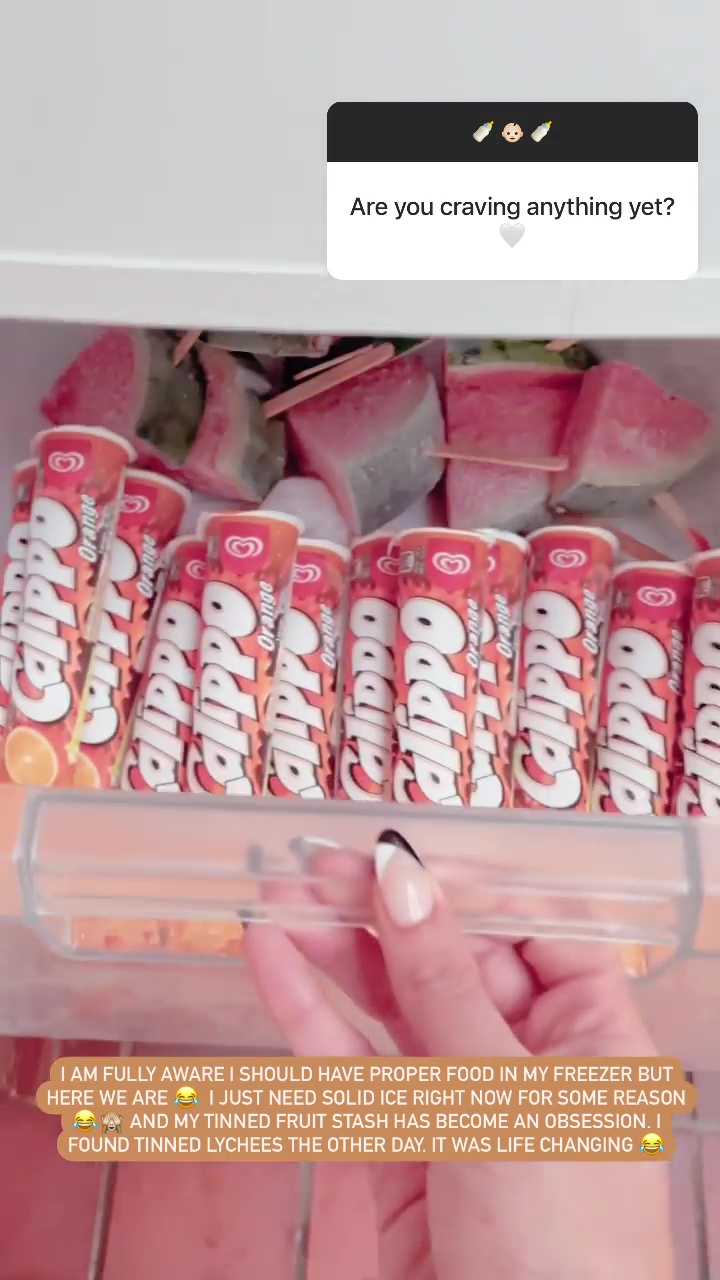 Fans took to social media to congratulate her on the pregnancy news and ask her questions during an Instagram live Q&A.

One follower inquired if she was having any cravings to which she responded by showing a freezer full of orange Calippo ice lollies and a stack of watermelon lollies, followed by a very neat collection of mango, apricot and peach slices.

She explained: "I am fully aware I should have proper food in my freezer but here we are.

"I just need solid ice right now for some reason and my tinned fruit stash has become an obsession!

"I found tinned lychees the other day. It was life changing," she joked. 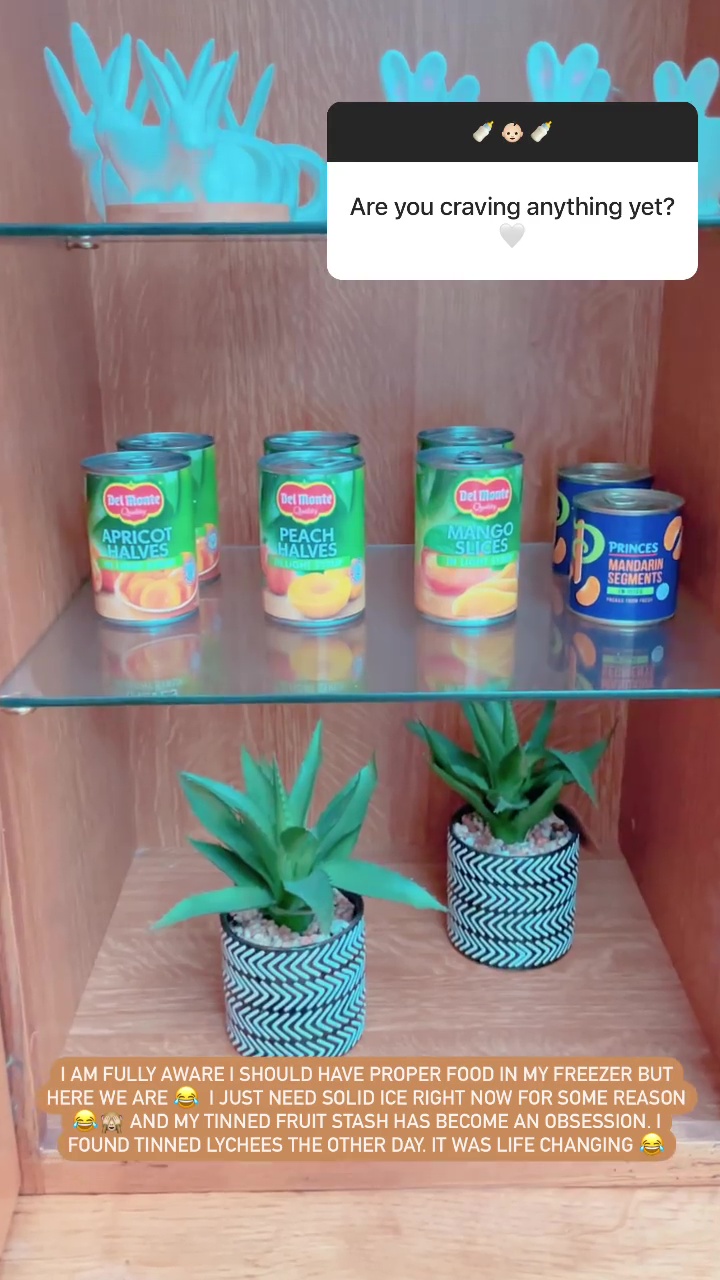 With her last pregnancy with Rex she admitted she was 'putting vinegar on everything'.

She previously told Heart Breakfast in 2019: "So I started drinking tea, which I never, ever, ever have liked. It just seems like I really need a good cup of tea. And a lot of vinegar. I'm putting vinegar on everything.

"My salad the other day. I wouldn't have – I'd have mayo, do you know what I mean? Or salad cream. That's what it was invented for."

The expectant mum broke down earlier in the week and admitted she is an "emotional wreck" after revealing her baby news. 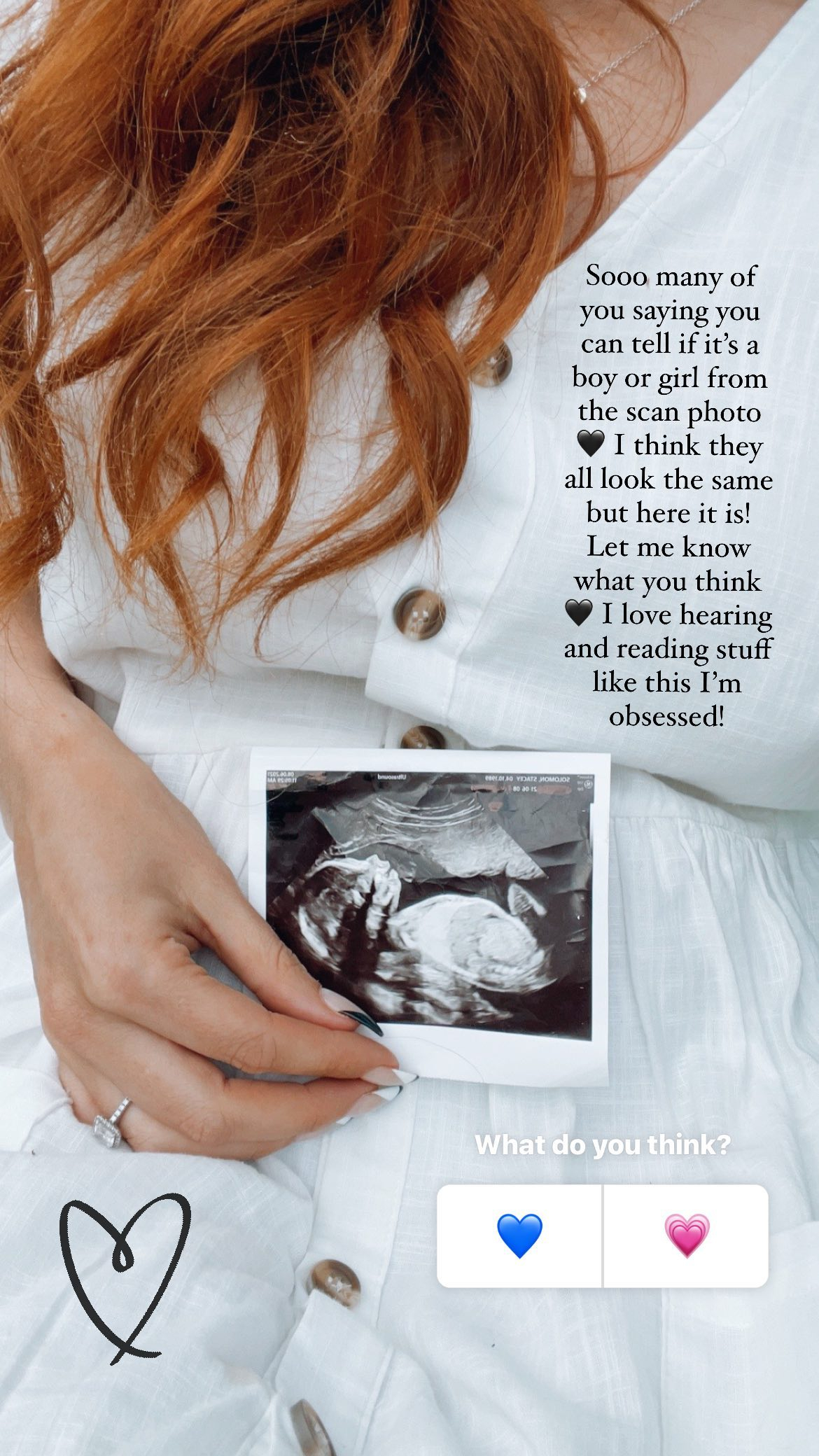 The 31-year-old delighted fans by revealing she is expecting her second child with fiancé Joe Swash after suffering devastating miscarriages – but the TV star admitted it's a lot for her emotionally to get her head around.

Sharing the news with her fans, she told them: "For a really long time we've been trying for another pickle. It didn't work out and this was our news quite a few times.

"We decided we were so lucky already to have our boys. It is our biggest privilege in life and we are so grateful to be parents so we stopped trying and counted ourselves so so so blessed already."

She then showed a letter confirming her pregnancy, as she continued: "For a while now I've felt so yuck and even though I thought about what it felt like I didn't even want to go and check at first because well, just because you know (I don't like to write it).

"But yesterday we went to check what was going on. And we were so grateful to hear an extra heartbeat in my tummy. We honestly couldn't believe it."

Sharing her ultrasound on a screen, she said: "So we told the boys and we've spent yesterday and today finishing the wendy house, ready to welcome a new pickle into our lives Boys we are so so so excited for you all."

She added: "You're already the most incredible brothers we ever could have imagined raising."