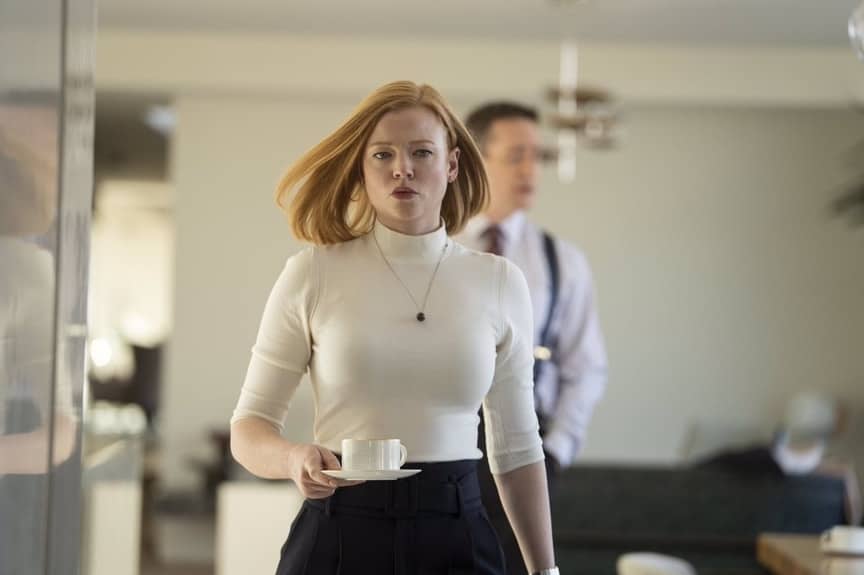 Succession favourite Sarah Snook has revealed she wasn’t actually planning on taking the part of Roy sibling, Shiv Roy, over concerns of the role being ‘used as a prop’ in the media-based thriller.

Australian actress Sarah is one of the core parts of Succession, which ended with quite the bombshell at the end of season three.

The HBO drama following billionaire Logan Roy and his children’s fight to be named successor of his business empire has become one of the most acclaimed shows around since first arriving in 2018.

Sarah plays the only daughter of the reprehensible Roy dynasty, who is hoping to get her hands on the keys to the Roystar Wayco kingdom when Logan chooses his replacement.

In season three, fans saw Shiv’s fraught relationship with her father continue, and her marriage to Tom Wambsgans (Matthew MacFadyen) break down.

While it’s hard to imagine the drama without her character, she initially said ‘no’ when offered the role.

‘When I first got offered the role, I said no, because of that. If the world is going to be interested in a bunch of white dudes talking about business, and if I’m the only woman in that, then I’m likely to get sidelined and be like some sort of prop. I don’t feel like that personally, nor do I feel like I want to compete for that. No, I don’t want to do this job.’

However, it was then offered to her again, and she decided to put her trust in the incredible team of writers and other creatives, headed up by Jesse Armstrong.

Sarah continued: ‘Through blind faith, I thought, well, the creatives are interest-ing. You may be one of the only women in the pilot, but that doesn’t mean that you’re going to get sidelined necessarily and maybe this is an opportunity for you to just fight for female characters.’

She added to Variety: ‘There’s a focus lens toward that kind of sexism. It is present in the show because it’s present in real life, it’s there, and that’s inherent in the characters’ behaviour, as well as the things they say.’

Sarah has earned much critical acclaim for her portrayal, including winning a Golden Globe Award and a Critics’ Choice Television Award, and being nominated for a Primetime Emmy Award and two Screen Actors Guild Awards.

Fans are currently waiting to see the direction Sarah’s complex character will take in season four, which is currently in the works.

Chatting to Metro.co.uk and other press, creator Jesse revealed the writing for the upcoming season is ‘nearly done’.

‘We’re almost done with the writing for season four, here in London, with the American writers coming over,’ he said at last month’s Baftas in London. ‘They’re a really great group of people to talk about the nuances of character and the world and what we’re doing on the show.’

He went on to share how ‘excited’ he was to reveal scripts to the cast, explaining how it’s ‘useful’ for all involved as they ‘think things about their characters.’

While it’s not known how long the series will run for, Jesse reminded the press that they’re all ‘still having fun at the moment’, so it looks like we’ve got plenty more action to come for now.

Succession can be streamed in full on NOW in the UK and HBO Max in the US.