Sunday Brunch was back with presenters Tim Lovejoy, 52, and Simon Rimmer, 57, on hand to host the Channel 4 show. However, to mark the 25th birthday of soap opera Hollyoaks next week, the programme’s theme tune was replaced by the soundtrack which plays to the credits of the weeknight serial drama. Taking to social media, it seems viewers weren’t too happy with the shake-up imposed at the beginning of the latest episode.

Even Tim was unsure of what happened as once the title sequence had played, he said: “I’m confused – is this Hollyoaks or Sunday Brunch?”

The presenter then explained viewers would have heard the soap’s theme tune and they were joined by actors Nick Pickard, 45, and Jennifer Metcalfe, 37, to mark the anniversary celebrations.

Simon joked: “I bet [those watching at home] thought they’d pressed the wrong button,” and it seems they did.

Taking to Twitter, one fan wrote: “Omg I almost switched off when I heard #hollyoaks theme tune #SundayBrunch #confused.”

“Haven’t watched #Hollyoaks since I was at Uni but somehow still recognised the theme tune when it played over #SundayBrunch just now?” another confused viewer remarked. 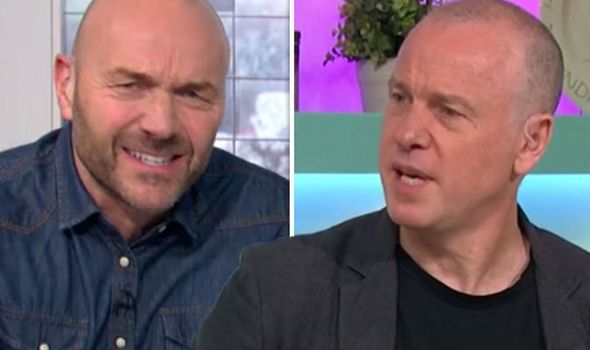 “I’m more of a Brookside fan #SundayBrunch,” a third commented, to which a fourth posted: “‘What’s your favourite Hollyoaks moment?’ – The end credits! #SundayBrunch.”