NBC’s Sunday Night Football matchup last night scored a primetime-leading 3.6 rating in the adults 18-49 demographic and a whopping 12.01 million viewers who watched the Arizona Cardinals edge the Seattle Seahawks 37-34. Those Nielsen Live+Same Day numbers grew eight-tenths in the demo from last week’s Los Angeles Rams-San Francisco 49ers game and dominated all other programming including Game 5 of the World Series.

Fox’s coverage of Game 5 of the World Series (1.7, 7.41M), which saw the Los Angeles Dodgers beat the Tamp Bay Rays 4-2 to move one win away from their first title since 1988, matched Game 4 in the demo while getting a small boost in viewership. It was off a tenth from last Sunday’s NLCS Game 7.

Both SNF and World Series numbers will likely be adjusted in the finals.

CBS’ night was impacted by NFL overrun, but fast affiliate numbers show that 60 Minutes (2.4, 15.63M) led the night in non-sports fare, climbing a staggering 1.6 in the demo in the early numbers. Certainly the newsmagazine’s cut-short interview with Donald Trump, one of the leading stories of last week’s news cycle, didn’t hurt tune-in.

To keep with the Halloween spirit, CBS capped its night with Wes Craven’s 1996 slasher pic Scream (0.4, 1.92M), which was down from last week’s presentation of Ferris Bueller’s Day Off. 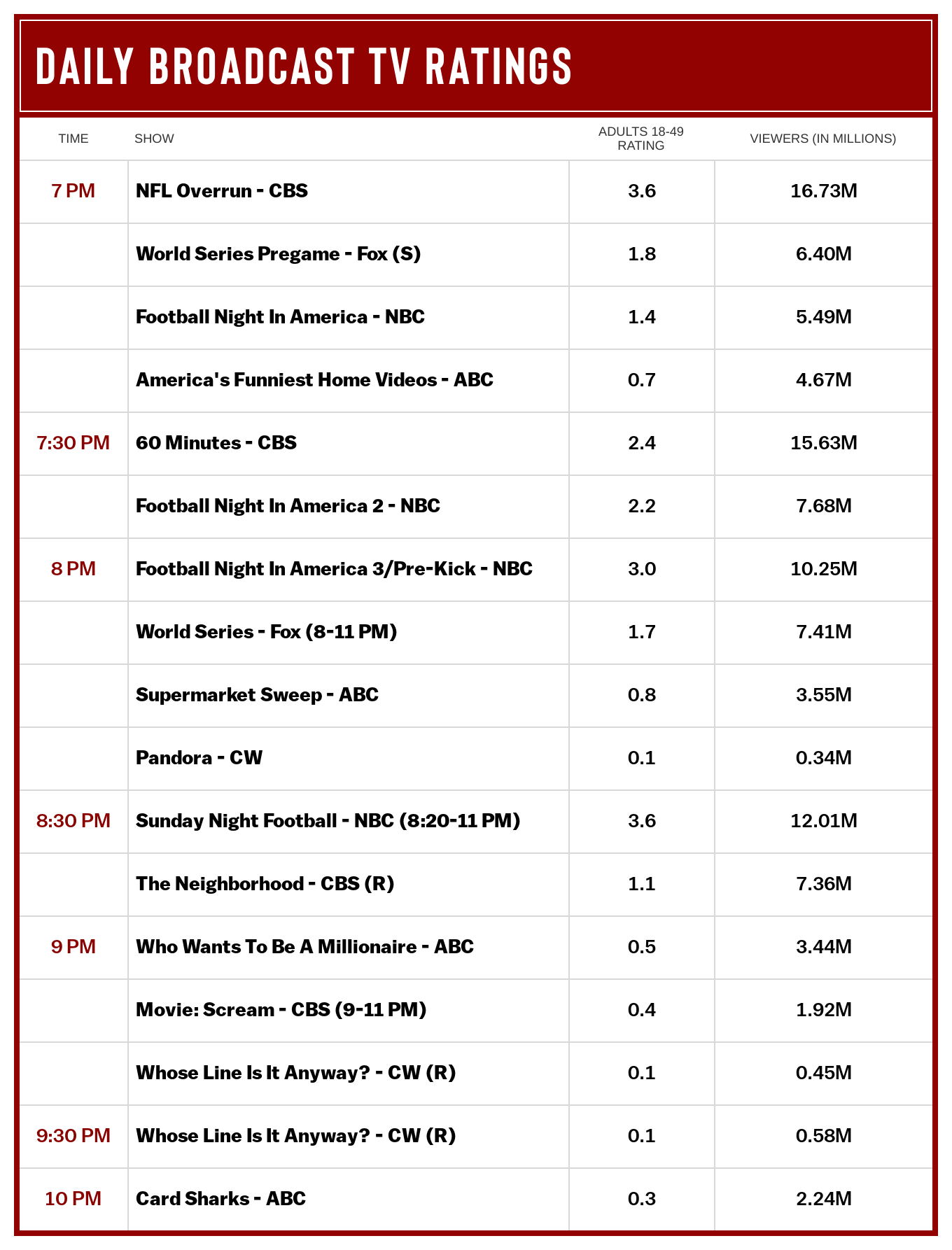