Home » TV and Movies » Sunderland ‘Til I Die season 2: Producer spills on ‘hundreds of hours’ of unseen footage

Sunderland ‘Til I Die season 2: Producer spills on ‘hundreds of hours’ of unseen footage

The second season of Sunderland ‘Til I Die picked up very much where the first left off – with Sunderland AFC in dire need of change. It didn’t take long for the Netflix series to introduce Sunderland’s new owner Stewart Donald and Chief Executive Charlie Methven to the fray and it’s fair to say the pair ruffled a few feathers as soon as they arrived.

As such, their tenure at the club very much took centre stage in all six episodes of season two.

Whether it be a nailbiting January transfer deadline day or the League One play-off final at Wembley, the action very much centred around the pair’s reactions as well as the action on the pitch.

Not least because of the pair’s aggressively hands-on approach, a monumental departure from former owner Ellis Short’s way of running things.

Sunderland ‘Til I Die executive producer Leo Pearlman spoke exclusively to Express.co.uk about Charlie and Stewart’s involvement, as well as the “hundreds of hours” of footage which didn’t quite make it to air. 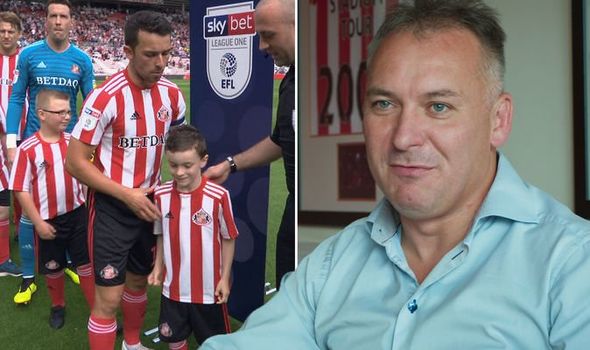 “I think you follow where the story goes,” Leo began.

“In the second season, the story was about Stewart and Charlie and their efforts to turn it around, so naturally that’s where you go.

“We still have hundreds of hours of footage with the various players but ultimately we were trying to take it down to six hours of content,

“(So) a lot gets lost along the way and that decision (to focus on them) was made in the edit, it really wasn’t a conscious one from the start,” 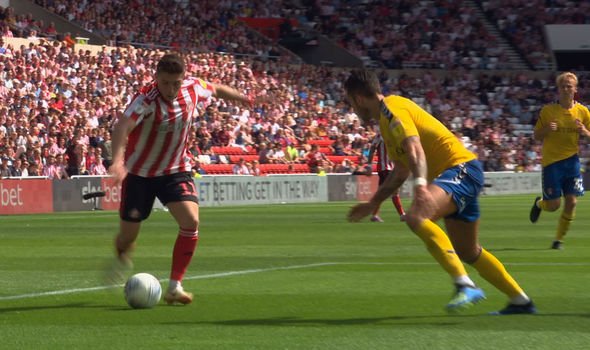 Leo added: “It was more that’s where the story was. I think it’s justified because Stewart and Charlie did feel like a big part of this series.”

A big part of the series may be an understatement when it comes to Charlie’s running of the club as he found himself embroiled in tensions up and down the hierarchy of the club – from the marketing side of things to the stadium’s sound system.

“So when talking with fans, he’ll tell them exactly what he thinks and I think that’s the charm and the chaos that we had at the same time.

“There are numerous moments throughout the show which Charlie gave us that we couldn’t necessarily fit into a six-hour ‘episode’.

“I think the most important thing when making a documentary is to capture someone’s character and I really hope we did that with both Stewart and Charlie.

“I think we did a pretty good job of showing people as they are, the positives, the negatives, the whole count.”

The Sunderland ‘Til I Die producer couldn’t help joke at what the future may hold for Charlie post-Sunderland AFC. 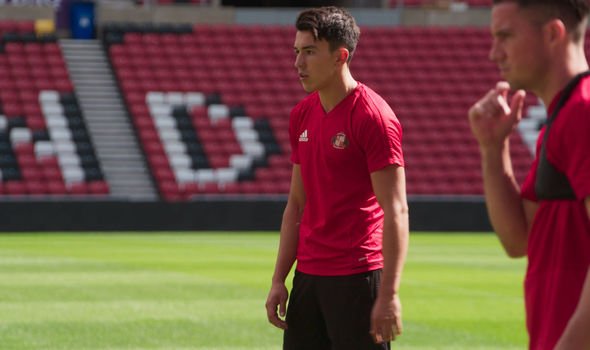 “To my mind, Charlie should be getting some kind of chat show off the back of this,

“He comes out of this the star, in my opinion. If they’re looking for another Piers Morgan…”

Could Charlie Methven be standing in for Piers on Good Morning Britain sometime soon?

Despite the hundreds of hours of footage and an undoubted story to be told season upon season, Leo revealed the Sunderland ‘Til I Die crew haven’t been following the team this season.

Addressing the possibility fo season three, he said: “We’ve not been following them this season, no.

“We felt like – well, who knows? If they’d got promotion then maybe there would’ve been a story to tell but it definitely felt like this was a good point to leave the story.

“That’s not to say never say never and we’d never go back at some later point but I’m actually relieved we weren’t following them this season.

“I think a season ended by coronavirus would’ve been, (I don’t think) anyone could’ve taken that kind of tragedy off the last two seasons, so yeah, not at the moment.”

Sunderland ‘Til I Die season 2 is available to stream on Netflix now.