Tonight The Chase host Bradley Walsh introduced four new contestants, James, Anne-Marie, Veronica, and Tom to the ITV show all hoping to take home the final jackpot. However, after getting to the final with a £44,000 jackpot, viewers hit out at chaser Shaun Wallace for the amount of time he took to answer questions.

From the beginning of the show, it was clear Shaun Wallace was in a sassy mood as he continued to shut down host Bradley’s jokes.

Tom the barista was up first and it quickly became clear he would be making it into the final as he continued to keep the chaser just far enough away.

The barista took £4,000 into the final and next up was Veronica who wowed both Bradley and Shaun.

The stay-home-mum said that if she won the money she would like her son and parents on a holiday at a treat. 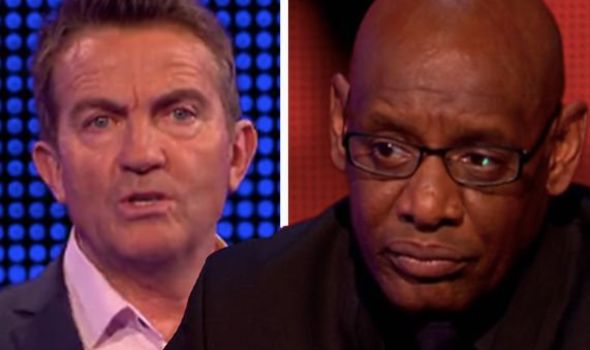 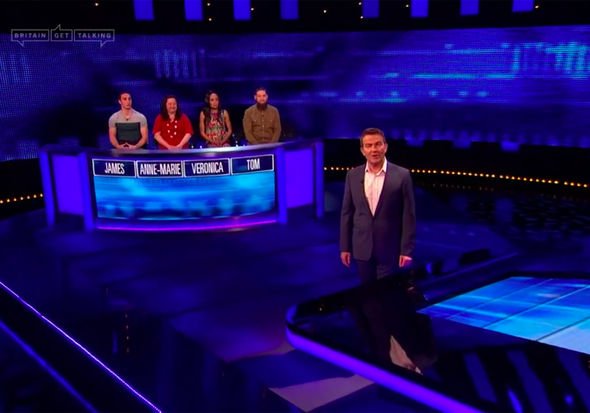 Veronica wasn’t one to play it safe though and when Shaun put an offer of £34,000 on the table, she decided to take a gamble and play for it.

The mum stormed the round taking the £34,000 into the final with her and even Shaun congratulated her on such a strong round.

Next up was a slightly unusual guest, who showed Bradley how she liked to bark like a dog, confusing the host and the audience.

She told Bradley: “I like to learn new languages and my favourite is doggy language so I can communicate with dogs.”

Anne-Marie wasn’t able to keep the chaser at bay and was quickly sent home, leaving only James. 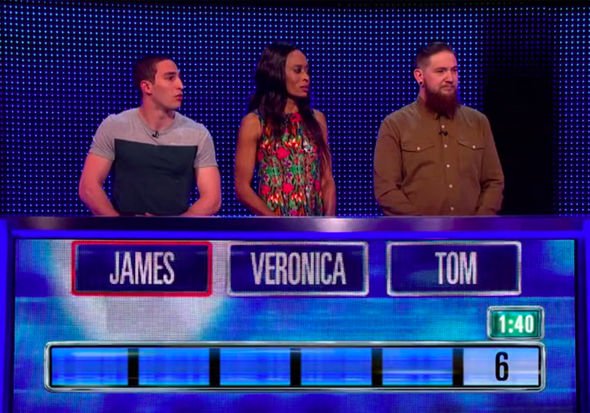 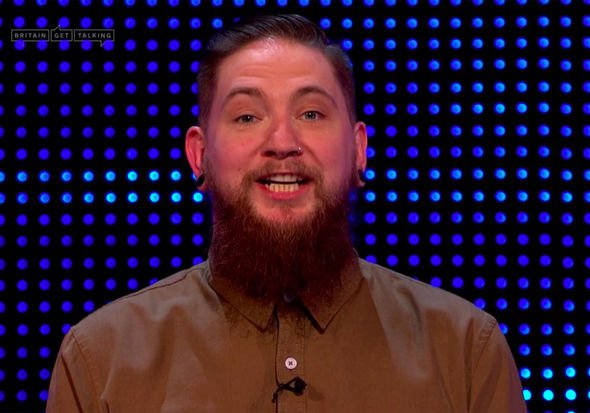 James was able to secure the rest of the money, leaving the three finalists with £44K between them if they could keep Shaun well and truly behind them.

James, Tom and Veronica were able to answer 15 questions correctly and hoped this would be enough to keep Shaun away long enough for them to bag the jackpot.

However, The Chase fans were left furious as Shaun was allowed to take much longer than usual it seemed to answer.

Bradley asked: “Which author wrote the book ‘The Restaurant at the End of the Universe?”

Fans immediately took to Twitter to express their thoughts on the time given to Shaun to answer.

One viewer said: “#thechase wtf in your own time Shaun.”

Another said this was a regular thing explaining: “Every time I watch the dark destroyer on the chase he gets beat, he’s absolutely sh**.”

A third complained: “@BradleyWalsh come on mate, tell the producers you need to say the answer to the question after the time runs out #TheChase.”

“That was F****** abysmal #TheChase.” explained another viewer.

Despite Shaun taking his time tonight to answer, he managed to catch up to the finalists stopping them from taking their jackpot home.

Bradley said: “Caught with just three seconds remaining. You must be disappointed obviously but you have played brilliantly I have to say.”

Shaun chipped in: “I had my work really cut out there. And that’s why I took my time, especially over the Douglas Adam question, cause Tom would have been all over that.

“But, at the end of the day Bradley, it is just another day at the office.”

The Chase continues on ITV weekdays at 5pm.