Tales from the Loop is about to drop on Amazon Prime and the series was inspired by the works of Swedish artist, Simon Stålenhag. The series follows a town and its people who live above The Loop, a machine built to explore previously unknown miracles of the universe. In the trailer for the new series, viewers see how anything is possible, and there are some definite Star Wars vibes as uncharted territory is explored.

Who is in the cast of Tales from the Loop?

George is the husband of Loretta in the series and the pair have a son called Cole. George’s dad, Russ, was the creator of The Loop.

George has a mechanical hand in the series and he is struggling to be the father he wants to be for his children.

Schneider is an American actor who is best known for his role as Mark in the NBC sitcom Parks and Recreation.

The award-winning actor picked up Best Actor in a Narrative Feature award at the Tribeca Film Festival in 2014 for his role in Goodbye to All That.

He has also written and directed a number of films including Pretty Bird in 2008 and All the Real Girls in 2003.

His other TV credits include Chance, Channel Zero: Candle Cove and The Divide. 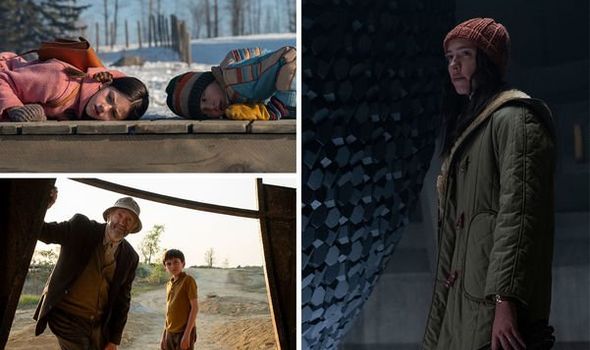 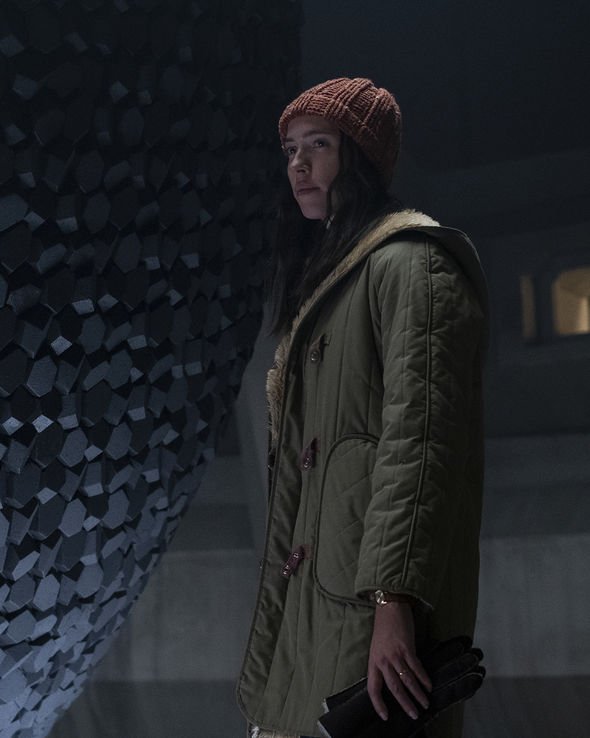 In the series, Loretta Willard is a talented physicist and she is married to George Willard, with a young son called Cole.

She does not see eye to eye with her father-in-law, Russ Willard, who founded the Loop, known as the Mercer Centre for Experimental Physics.

Her work at the Loop is what drives her and she is keen to discover answers to the impossible. She is also battling with personal trauma from her youth.

Hall, who plays Loretta, is a British actress who has been in the acting world since she was 10-years-old.

Her most recent project is Godzilla vs Kong, which is in the post-production phase, and she also starred in The Night House in 2020.

The star is also known for her roles in Iron Man 3, The BFG and Holmes and Watson.

In a video for Build, Hall said: “I was very taken with the premise of it, it was inspired by artworks which I thought was very compelling and rare.

“It was nice to see this was coming from a place of a very strong visual aesthetic.” 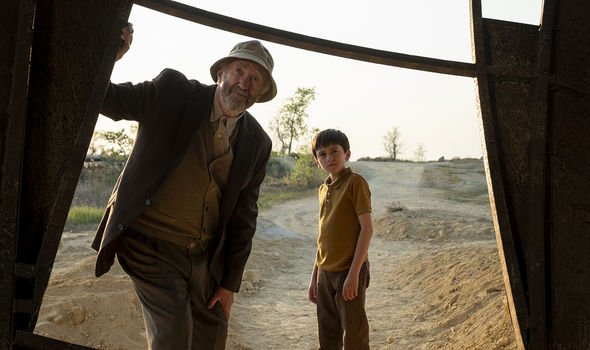 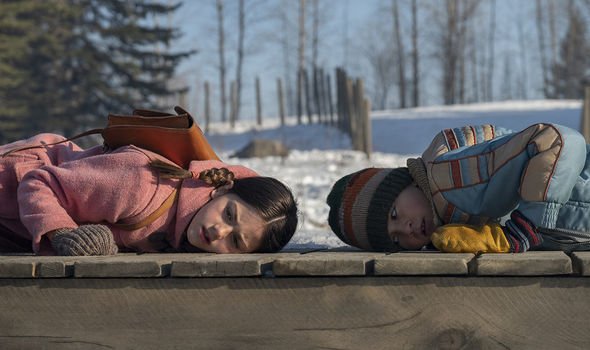 In the series, Jakob is led into a woodland area and he comes across a strange object which had originated from The Loop.

The strange spherical object does not seem to phase the brave Jakob, and when he is asked if he is scared, he says no.

The Loop was built to “unlock the mysteries of the universe – making things previously relegated to science fiction possible”, and as a result, artefacts have appeared across the landscape.

Zolghardi, who plays Jakob, is a 21-year-old American actor who has previously starred in NCIS, Eighth Grade and Ready, Player One.

Cole is one of the main characters in the series and he is also portrayed at different stages of his life by Dylan Bodner and Tony Hart.

He is the youngest son of Loretta and George Willard and has Russ is his grandfather – he shows an interest in Russ’s work and is curious.

In the trailer, he is seen speaking with his grandfather who says he can prove the impossible can be possible, and Cole is seen looking at a floating object in front of him.

Joiner, who plays Cole, is a child actor who has starred in films including Some Kind of Beautiful and The Disappointments Room.

He posted a photo with the show’s creator, Nathaniel Halpern, on Instagram, saying: “Thank you for your storytelling bravery, honesty, beauty, and brilliance. Thank you for your crazy attention to detail. And, from the bottom of my heart, thank you for creating Cole and trusting me with him.

“You were there every single day, from my audition to my wrap, personally, professionally, in more ways than most will know. Beyond all expectations, you were an open door, an open book, and an open mind.

“I can’t thank you enough helping us through it all, and I feel so honored to know you. Maybe I’ll even let you be President of the Tom Cruise Fan Club someday! I hope you’re taking care of yourself, I miss you, and I can’t wait to binge this thing for like a month straight!”

Russ Willard is one of the main characters in the series and he was the founder of The Loop, or Mercer Center for Experimental Physics.

He has a rocky relationship with his daughter-in-law, Loretta, who is intelligent beyond belief but she does not always trust him.

He shows some resentment towards her and does not always take her seriously. He also has a wife named Klara, played by Jane Alexander.

In the trailer for the series, he explains how everyone is connected to The Loop, in some form or another, and fans catch a glimpse of how revolutionary it can be.

Pryce, who plays Russ, is a Welsh actor who has worked on stage and screen, and his known for his roles in Tomorrow Never Dies and Pirates of the Caribbean.

He has won two Tony Awards for a role in the Broadway hit Comedians, and for his role in the musical Miss Saigon.

Tales from the Loop is available to watch on Amazon Prime