CBS’ The Amazing Race was the most-watched program on a quiet pre-Thanksgiving Wednesday in primetime, drawing 3.94 million viewers and a 0.6 rating in the adults 18-49 demographic to the first of its back-to-back episodes helping the network to the overall victory in total viewers.

Fox served up encores of its competition duo The Masked Singer and I Can See Your Voice, while the CW continued its Gilmore Girls: A Year in the Life special (0.1, 520,000). 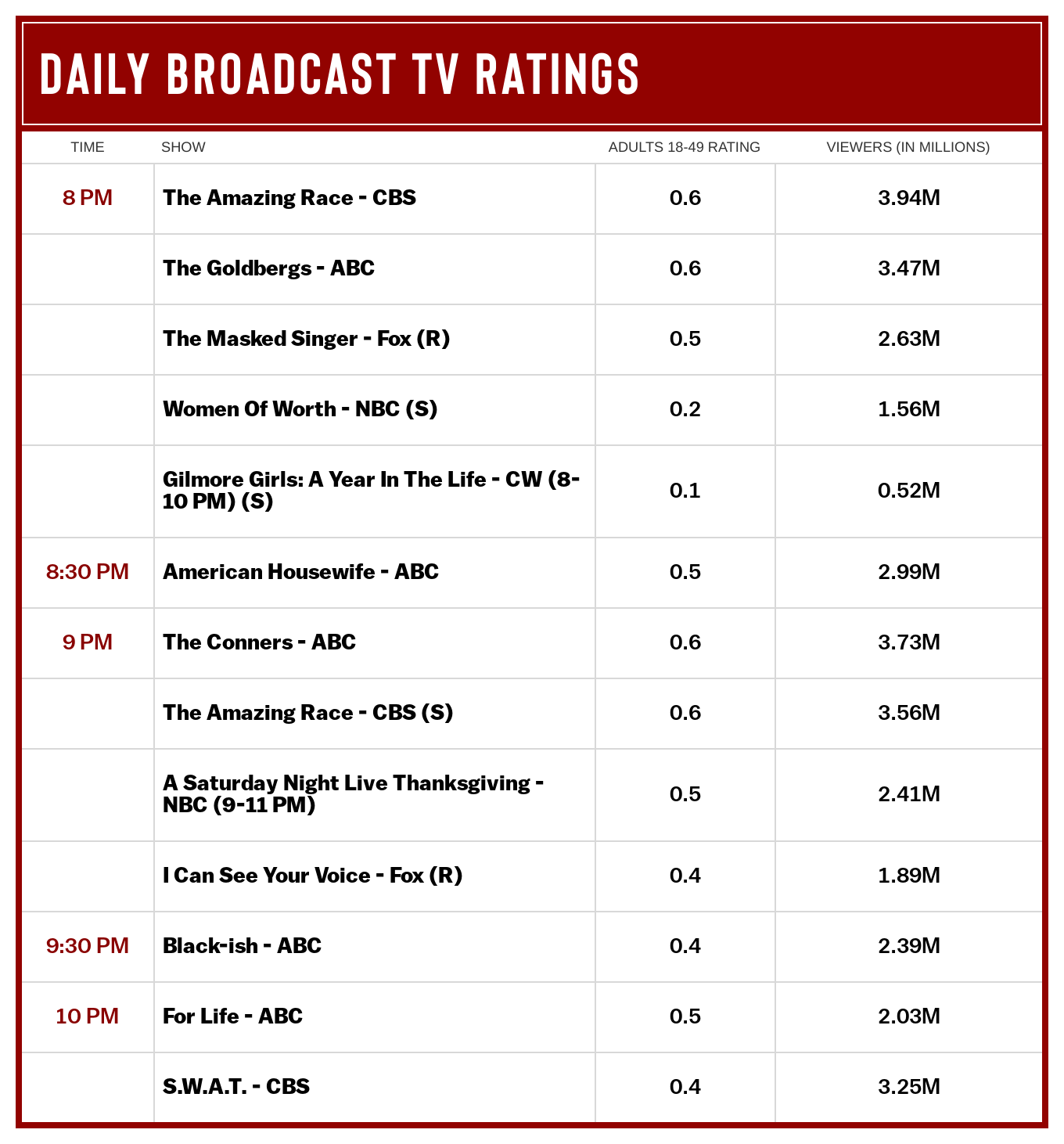