Throughout today’s The Chase, Shaun had gotten off to a mixed bag, seeing off players Samuel and Becky but failing to stop Christine and Peter making it back to the Final Chase. ITV viewers witnessed the finalists rack up a respectable score of 14 for the Final Chase, although the odds were stacked against them as this is typically easily beaten by the show’s quizmasters. So when Shaun failed to do so, submitting a series of incorrect answers, fans didn’t hesitate to make their feelings known.

With 14 to chase, Shaun’s torrid time in the final round was evident from the off.

Overall, the master quizzer got a staggering nine questions wrong, allowing Christine and Peter to capitalise and push him back five times.

After his two minutes were up, Shaun had only managed to register nine steps and Christine and Peter went home with their share of £9,000.

“How did we do that?” Christine commented in disbelief at what she’d witnessed, with Bradley echoing it was a “bad day at the office,” for Shaun. 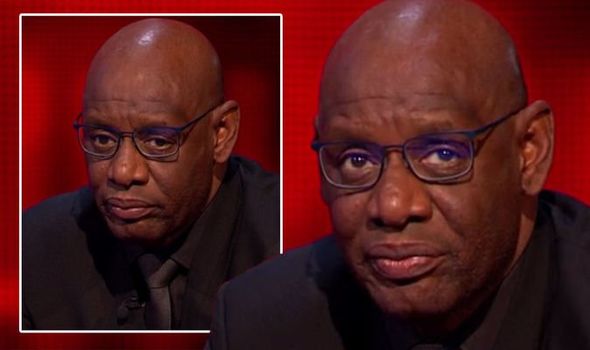 “I don’t know what happened there in that Final Chase,” Shaun admitted as he acknowledged his sub-par performance.

“I just couldn’t get it going.”

And while Bradley and the players were understanding of Shaun’s major slip-up, The Chase fans weren’t quite as onboard.

A second echoed: “PLEASE tell me that there is a new chaser so they can finally bin off Shaun #thechase.”

While a third didn’t hold back: “#TheChase woeful that from Shaun. He should be relegated to Tipping Point.”

“#TheChase what a poor attempt by Shaun that performance was the worst for a long time and questions pretty easy and really,” added a fifth.