Netflix series The Crown has seen huge success in recent years and recently thrilled fans by returning for the fourth season of the show which looks at the trials and tribulations faced by the Royal Family over the years. However, the current cast will be all-change going into the next season when Olivia Colman’s role as The Queen will be taken over by the legendary Imelda Staunton. But the actress has now revealed she hasn’t spoken to Imelda, commenting: “I wouldn’t dare offer any advice about playing the Queen.”

The latest season focuses on Princess Diana (Emma Corrin) coming into the fold of the family for the first time.

The relationship between the Queen (Olivia Colman) and Margaret Thatcher (Gillian Anderson) is also a notable highlight of season four.

Fans of the royal drama have loved seeing Olivia in the role for the last two seasons after she took over from Claire Foy.

But as ever, the next block of episodes will once again feature a new set of famous faces in another cast shake-up. 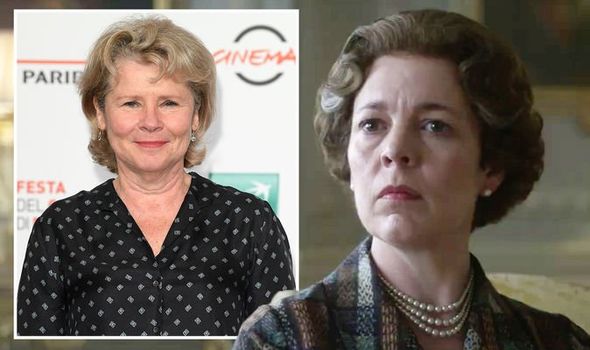 We will use your email address only for sending you newsletters. Please see our Privacy Notice for details of your data protection rights. The Crown: Prince Philip actor says Olivia Colman deserves more pay

It was revealed the third person to take on the role of the regent would be Imelda, who said in a statement “I have loved watching The Crown from the very start.

“As an actor, it was a joy to see how both Claire Foy and Olivia Colman brought something special and unique to Peter Morgan’s scripts.

“I am genuinely honoured to be joining such an exceptional creative team and to be taking The Crown to its conclusion.”

But some fans may be surprised to learn Olivia hasn’t spoken to her successor about the show. 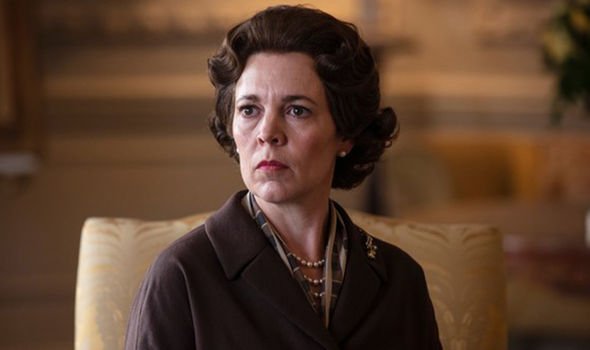 Asked whether she had spoken to Imelda Staunton, the much-loved star divulged why she had failed to do so, so far.

She replied: “Me? I haven’t spoken to Imelda and I wouldn’t dare offer any advice about playing the Queen.

“Imelda is extraordinary and she’s going to do it all much better than me,” Olivia said.

She went on to offer her support behind the legendary actor, saying: “I can’t wait to watch what she does,” she told Radio Times.

DON’T MISS…
Who was Geoffrey Howe and why did he turn against Thatcher? [INSIGHT]
Why did Princess Anne and her first husband divorce? [ANALYSIS]
Harry and William caught in impossible dilemma over Panorama interview [INTERVIEW]

Olivia also divulged just how different she is to the character she has portrayed in recent years.

She told the publication: “The Queen is as strong as steel, which I think is extraordinary. She’s a superhuman, which is very far removed from me.

“Staying in her stoic mindset was always a challenge because I’m very emotional and I cry a lot.”

Olivia noted: “I feel like the Queen might naturally want to do that, but she’s not allowed to, so I wasn’t.”

The series was in the top three of the streaming service’s most-watched shows last month.

And it will continue to grip fans when it returns for a fifth season, which is expected to land in 2022.

Other new castings include Lesley Manville – who will be playing Princess Margaret – and Jonathan Pryce as Prince Philip.

Princess Diana will be played by Australian actress Elizabeth Debicki, with other casting announcements still under wraps.

The Crown seasons 1-4 can be streamed on Netflix now.