The Drowning premiered on Channel 5 on Monday, February 1 and the mysterious thriller has already left fans on the edge of their seats. The miniseries stars Jill Halfpenny as mum Jodie, who lost her son Tom when he was a toddler in a lake accident nine years prior to when the series is set. Now in the present-day, she spots a schoolboy called Daniel (Cody Molko) who she believes to be her son.

Is The Drowning based on a true story?

The Drowning is a new four-part thriller created by Noel Clarke and Jason Maza and it tells the story of mother Jodie.

Jodie’s son Tom disappeared as a child and he was presumed dead, but years later Jodie spots a young boy who resembles her son, primarily thanks to a scar on his face.

She develops an obsession with the boy, following him to his school and attempting to become a part of his life.

Over the four episodes, which will air on consecutive days this week, viewers will see the worrying lengths Jodie will go to in order to get closer to Daniel.

Fans are keen to find out what inspired the tragic series to come to light. 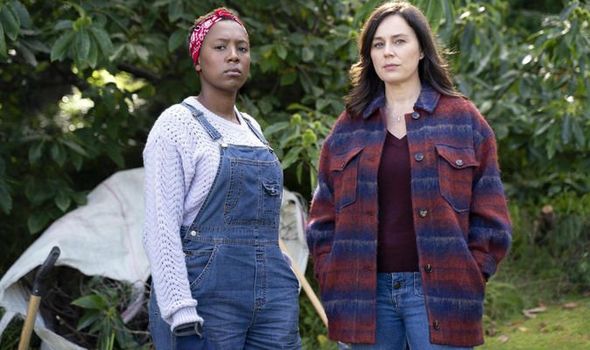 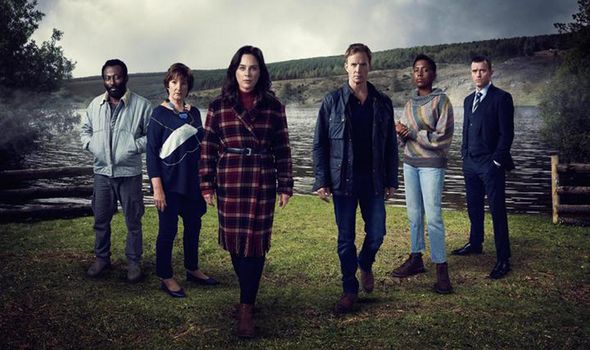 The series is not based on a true story, but the concept of a young child going missing is very real.

Jonas Armstrong, who plays Jodie’s brother Jason in the series, said it reminded him of a worrying childhood memory.

Maza said he wanted the audience to be asking questions about who they could trust, and this concept was attractive to Channel 5.

The series falls in the same category as Channel 5 hits like The Deceived, which again left fans wondering who to believe.

Actress Halfpenny said she loved the idea of how “messy” Jodie was as a character, and she liked playing characters who were “immorally vague”. 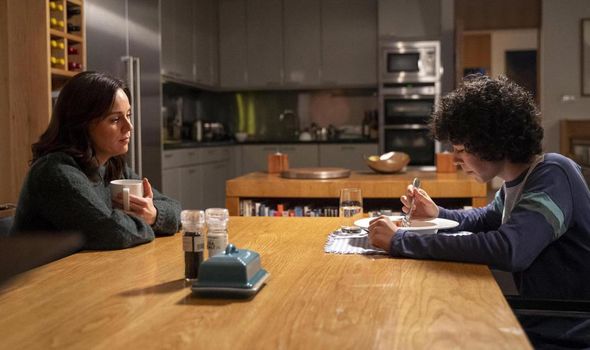 In the series, Jodie has just started to come to terms with the loss of her son when she spots Daniel.

The sighting meddles with her mental instability and her sanity begins to spiral out of control once more, as the obsession grows.

She said: “I imagine losing a child has to be the most awful loss one could suffer, that seems very obvious to me.

“I think losing a child under circumstances where you do not fully know what happened is another layer of torture. Some of her family think Tom is dead and Jodie thinks he is still alive. She feels it clearly inside her.”

Armstrong agreed how the concept of the story was very real and there are families who have been through similar ordeals. 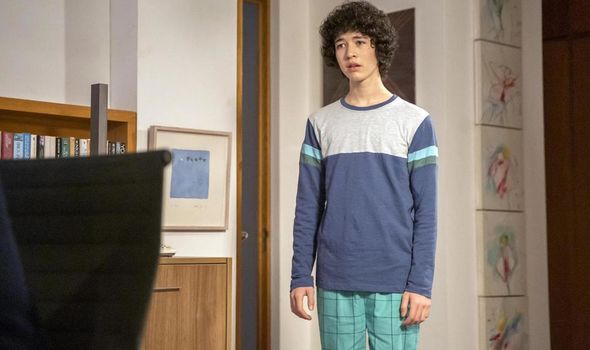 Rupert Penry-Jones plays Cody’s dad Mark in the series and he said the story was a “page-turner” which was full of tension.

He said: “I love the character I was asked to play, we thought he was one thing and then he became another. It was just very surprising and original and that’s why I was attracted to it really.”

The series was filmed in Ireland both before and during the coronavirus pandemic, with many scenes set around stunning expanses of water.

Production was an interesting experience for the cast, as filming was originally meant to start in March 2020 but suffered disruptions as a result of the pandemic.

The series will come to an end on Thursday and fans are already keen to find out the truth.

Fans took to Twitter following the show’s debut to share their thoughts on the premiere, with one saying: “@halfpennyjill #TheDrowning amazing! Such a great actress. Am hooked can’t wait for the next episodes!! [sic].”

Another fan said: “It’s so good to see @halfpennyjill in the lead role in a drama! It’s what she deserves.”

In the upcoming episodes, Jodie continues to attempt to find proof that Daniel is her missing son.

Daniel’s identity continues to be obscured as the truth about Tom’s disappearance comes to light in the final episode.

The Drowning airs from Monday to Thursday on Channel 5