Even with a new beginning and ending, and shortened run time, “The Death of Michael Corleone” remains overshadowed by its predecessors 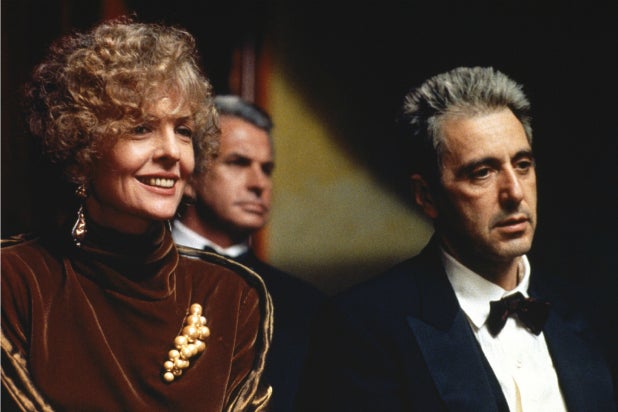 Poor “Godfather III”. It’s a film that was never up to the impossible task of carrying the banner for its two predecessors, movies whose impact on cinema and on the culture in general remain undiminished nearly 50 years later. “The Godfather, Coda: The Death of Michael Corleone” (opening in limited release Friday before coming to Blu-ray and digital December 8) may be the best version yet of this third entry in the Corleone cycle, but its diminished status within the trilogy remains, alas, fully intact.

Director Francis Ford Coppola continues his reign as the King of the Do-Over — at this point, he’s created more alternate versions of his own films than anyone except possibly his old pal George Lucas and his seemingly endless revision of the “Star Wars” saga — and “Coda,” like 2019’s “The Cotton Club Encore,” takes a flawed film and makes it less flawed. Completists and apologists looking for vindication from this “Godfather” are likely to go away empty-handed, but audiences open to revisiting this closing chapter after 30 years may find themselves intrigued both by the changes and by the better qualities that have been there all along.

“Coda” absolutely confirms the thesis of the “Godfather” cycle — that the line between “legitimate” business and organized crime is a blurry one dictated by power, race, and good PR — and the script by Coppola and co-writer Mario Puzo ups the ante by including the Catholic Church as another branch sharing the same rotten tree as corporations, politicians, and the Mafia. (Coppola leaves in the line “Politics and crime, they’re the same thing,” turning subtext into text.)

An aging Michael Corleone (Al Pacino) wants nothing more than to make himself and his family “legit”; the casinos have been sold off, he has re-branded himself as a philanthropist and humanitarian, and in the film’s new beginning, he makes a deal with the head of the Vatican Bank to exchange an infusion of $600 million for control of a huge European conglomerate. It’s a move that doesn’t sit well with certain factions within that corporation, nor with the five families, who want to keep their wagons hitched to Michael for a little legitimacy themselves.

On the home front, Michael continues to pine for his estranged wife Kay (Diane Keaton), while their grown children make decisions that go against his wishes: son Anthony (Broadway star Franc D’Ambrosio) wants to leave law school to pursue music, while daughter Mary (Sofia Coppola) is falling for hothead Vincent Mancini (Andy Garcia), a gangster who represents the thug life Michael wants to leave behind — oh, and he’s also Mary’s first cousin, since he’s the “bastard” son of Sonny Corleone.

Coppola has made some wise choices in his return to the editing room, and not just the trimming of 13 or so minutes. The opening sequence, with Michael and consigliere B.J. Harrison (George Hamilton) making their deal with the Vatican, drives us into the story much more effectively than the church service that previously opened the film, and the director has also excised all but one of the clips from the other two “Godfather” movies that previously peppered this chapter. It’s a choice that makes the one he decided to keep all the more poignant. Other issues that might have been fixed — the length of the “Cavalleria Rusticana” sequence, the sudden use of narration to explain the climactic acts of violence — remain pretty much the same.

There are, of course, plenty of problems here that are beyond the scope of post-production, from the fact that a film set in 1979 (the deaths of pontiffs Paul VI and John Paul I are important plot elements) looks very 1990 in its wardrobe and hair styling to the much-maligned performance by teenage Sofia Coppola, who stepped in at the last minute as a favor to her father when Winona Ryder had to drop out. As one of this generation’s most consistently fascinating filmmakers, suffice it to say that Sofia Coppola eventually landed on the right side of the camera.

It should be acknowledged that there’s plenty in this film that has always worked, from the dynamic performances by Garcia and Talia Shire (as an older, wiser, and not-to-be-messed-with Connie Corleone) to welcome turns by veteran character actors Hamilton and Eli Wallach (as an Corleone ally who might be a rival). The sequence in which two would-be assassins break into Vincent’s apartment demonstrates Coppola’s skill for violence on an intimate scale as much a shoot-out in an Atlantic City penthouse, with death raining down from a hovering helicopter, displays his more operatic qualities.

Cinematographer Gordon Willis doesn’t pour on the shadows as much as in the previous two “Godfather” sagas (with the implication, perhaps, that the passing decades have made it more difficult for the Corleones to occlude their activities), but it’s still effective when he does use that technique, as in the scene where Kay waits vigil in Michael’s hospital room as he lies in a post-stroke coma.

“Coda” isn’t the first time the director has returned to this well — if you rent the previous cut of “The Godfather Part III” on iTunes, it’s subtitled “The Coppola Restoration” — and given his track record, it’s not necessarily the last time he will, either. The current results don’t necessarily redeem this troubled film, but seeing it again might remind audiences that it’s better than they remember. Certainly, this time out, it’s better than it’s ever been before.