Serena Joy (played by Yvonne Strahovski) really came into her own during The Handmaid’s Tale season three. While at first, her character was just the silent wife to one of Gilead’s most prominent politicians, Commander Waterford (Joseph Fiennes), in the latest season she took the fight to get her daughter back into her own hands, teeing up a tantalising season four arc.

In the season two finale, Serena showed she had an ounce of humanity left in her when she gave baby Nichole to June (Elisabeth Moss) to be taken over the border into Canada.

She quickly regrets that decision, realising she is nothing without her baby and mobilises international governments in order to get her hands on Nichole.

When the official way fails to bring any results, Serena contacts Agent Tuello (Sam Jaeger), an American ex-pat living in Canada who previously offered his help to have Serena escape.

The couple follow Tuello in their car, thinking they are going just up the road to a secure spot where they can talk safely. 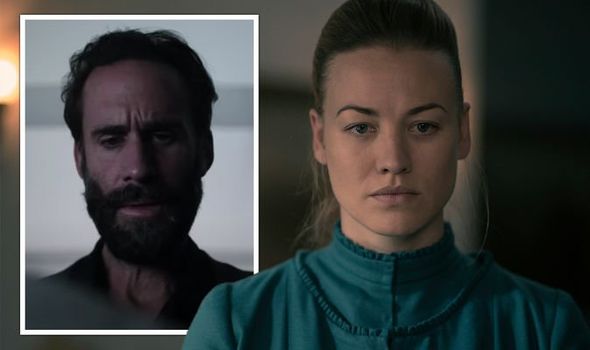 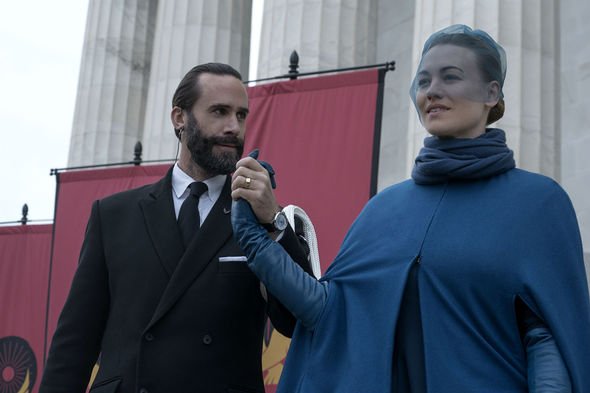 Tuello though tricks the Waterfords into crossing into Canada, where they are arrested and detained as war criminals.

Serena manages to escape any charge as she acted under the laws of a regime that was oppressing her.

To get more privileges as she is allowed to leave her cell, Serena decides to turn on her husband and reveal to the authorities everything she knows about his affairs.

Fred however finds out and decides to retaliate, confessing that not all the crimes his wife committed were under Gilead law. 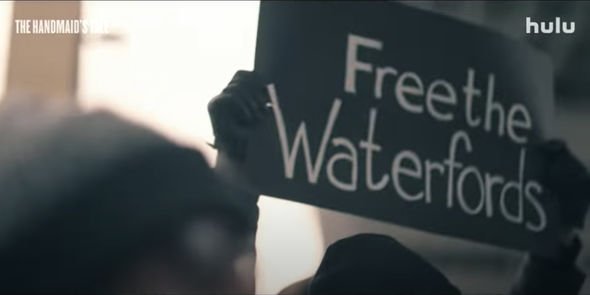 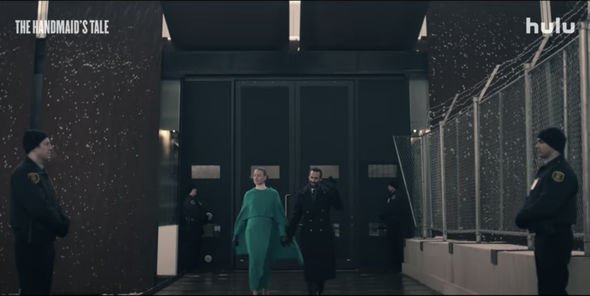 In the season three finale, Serena gets arrested for the rape of June, since she had their driver Nick (Max Minchella) have sex with her in order to conceive Nichole.

In the latest trailer for season four though, Serena and Fred are seen walking together freely, though since she is wearing a green dress, rather than the Wives’ traditional blue, the couple might still be in Canada.

But how did they manage to get back their freedom?

The trailer also shows protesters holding up signs saying “Free the Waterfords” and “Bless you Serena”.

The solution to this mystery might be in a third clue from the trailer: Fred is seen opening an envelope that seems to contain an ultrasound scan, which might mean that Serena is finally pregnant.

As birth rates have plummeted worldwide, being pregnant elevates a woman’s status massively in the world of The Handmaid’s Tale.

If the news came out, it would make sense that people would demand for her not to be kept prisoner.

And since under the belief system of Gilead a child is a blessing, the Waterford would probably figure out that presenting as a united couple might be their best chance at regaining their freedom.

These latest clues seem to confirm a previous theory that fans had come up with at the end of season three.

While they are making their way to meet Tuello, the Waterfords stay at some friends’ house where they are reminded of their love for each other.

That night they sleep together, which is probably when they conceived their child.

Between them was placed a nightstand with a lamp which shape reminded fans of a womb, already pointing towards a possible pregnancy.

The Handmaid’s Tale will return on April 28 on Hulu in the USA.