The Venice Film Festival has announced two high-profile additions to its 2020 event: Regina King’s feature directorial debut “One Night in Miami” and Pedro Almodóvar’s English-language debut “The Human Voice.” The former was announced last week as part of the Toronto International Film Festival lineup, but the latter is something of a surprise as it was only last month Almodóvar and Swinton started production on their short film. The turnaround from filming in July to a world premiere in early September is impressive. “The Human Voice” is Almodóvar’s follow-up to Cannes winner “Pain and Glory,” which was Oscar-nominated for Best International Feature Film earlier this year.

According to the Venice Film Festival, Almodóvar’s “The Human Voice” is set to run for approximately 30 minutes. The festival describes the film as “a very free adaptation of the original stage play by Jean Cocteau, with which Pedro Almodóvar has been dreaming of for decades. It tells the story of a desperate woman (Swinton), who waits for the phone call of the lover who has just abandoned her. It marks Pedro Almodóvar’s first time shooting in English.”

“I am very excited about coming back to Venice in such a special year, with Covid 19 as involuntary guest,” Almodóvar said in a statement announcing his short film’s Venice Film Festival debut. “Everything will be different, and I am looking forward to discovering it in person.”

The director continued, “It is an honor to accompany Tilda in a year in which she is receiving a very much deserved award. As a matter of fact, ‘The Human Voice’ is a festival of Tilda, a display of her infinite and assorted registers as an actress. It’s been a spectacle to direct her.”

Venice Film Festival director Alberto Barbera said in his own statement, “It is an extraordinary pleasure and a great honor to welcome Pedro Almodóvar back to Venice … there could be no better way to celebrate, all together, our wish to go back to the movies in the company of one of the greatest of all contemporary directors.”

Swinton is receiving the Golden Lion for Lifetime Achievement this year, an award Almodóvar was honored with at the 2019 festival. Get your first look at “The Human Voice” in the post below, courtesy of the Venice Film Festival. 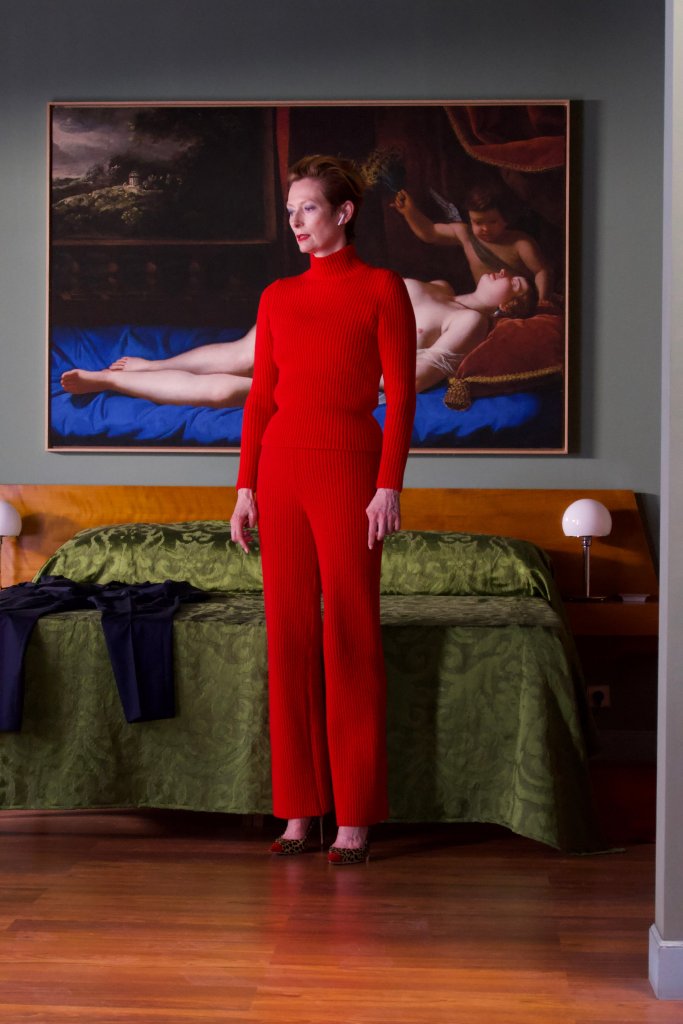