The unexpected loss of Lynn Shelton is a devastating blow to the independent film community, where the multi-hyphenate filmmaker cut her teeth before blossoming beyond her roots to become a voice who helped shape the Golden Age of TV. The news of her death, caused by an undiagnosed blood disorder, was shared by her creative and romantic partner Marc Maron, and, at the age of 54, Shelton was still very much in her prime. Her most recent project was directing four episodes of Hulu’s “Little Fires Everywhere,” and as revealed in an IndieWire interview earlier in May, the “Humpday” and “Your Sister’s Sister” director was at work on a new film project with Maron while in quarantine.

IndieWire has reached out to members of the independent film community asking for their thoughts on why Shelton and her work meant so much to them. Those responses are shared below as they come in, with this list continually updating as the indie film world grapples with this sudden loss, and the legacy Shelton leaves behind. Also below, IndieWire has rounded up tweets from the film and TV community offering tribute to Shelton over the weekend.

We premiered so many of Lynn’s films at Sundance, from “Humpday,” “Your Sister’s Sister,” “Touchy Feely,” and “Laggies.” I adored Lynn as an artist and as a person. We had such a special time together when she and I went to Chicago years ago to present Touchy Feely at the Music Box Theatre as part of Sundance Film Festival USA. We hugged a lot back then when it was okay to be touchy feely. I will miss her.

Actor, star of Shelton’s “Your Sister’s Sister” and “Touchy Feely”

I’m gutted. To know Lynn was to fall madly in love with her. She had an enormous capacity for empathy and as a result, you felt completely “seen” by her and by extension, the camera. She caught lightning in a bottle and then shared it gleefully and unabashedly with the world, making us all the better for it. Her film sets felt like a feast at a long table with great friends — family really. And oh man, that laugh. I’m so grateful to have spent a decade in her creative orbit. She was a fairy godmother to me. I’m missing her already.

Writer/director/actor; star of Shelton’s “Humpday” and “Your Sister’s Sister”

I met Lynn on the set of a tiny movie in Seattle in 2007. I was an actor and she was the volunteer set photographer. We became instant friends. Her infectious spirit and boundless creative energy were unrivaled. She called me a few months later and I sat in a crowded airport for 30 minutes while she pitched me an idea for a film called “Humpday.” I knew immediately we would make this. I called my friend Josh Leonard. She gathered her loyal Seattle friends, and we improvised the film together over 10 days with less then $15,000. The film premiered at Sundance, went to Cannes, travelled the world, won her awards, spawned remakes and plays. We couldn’t wait to make another one. 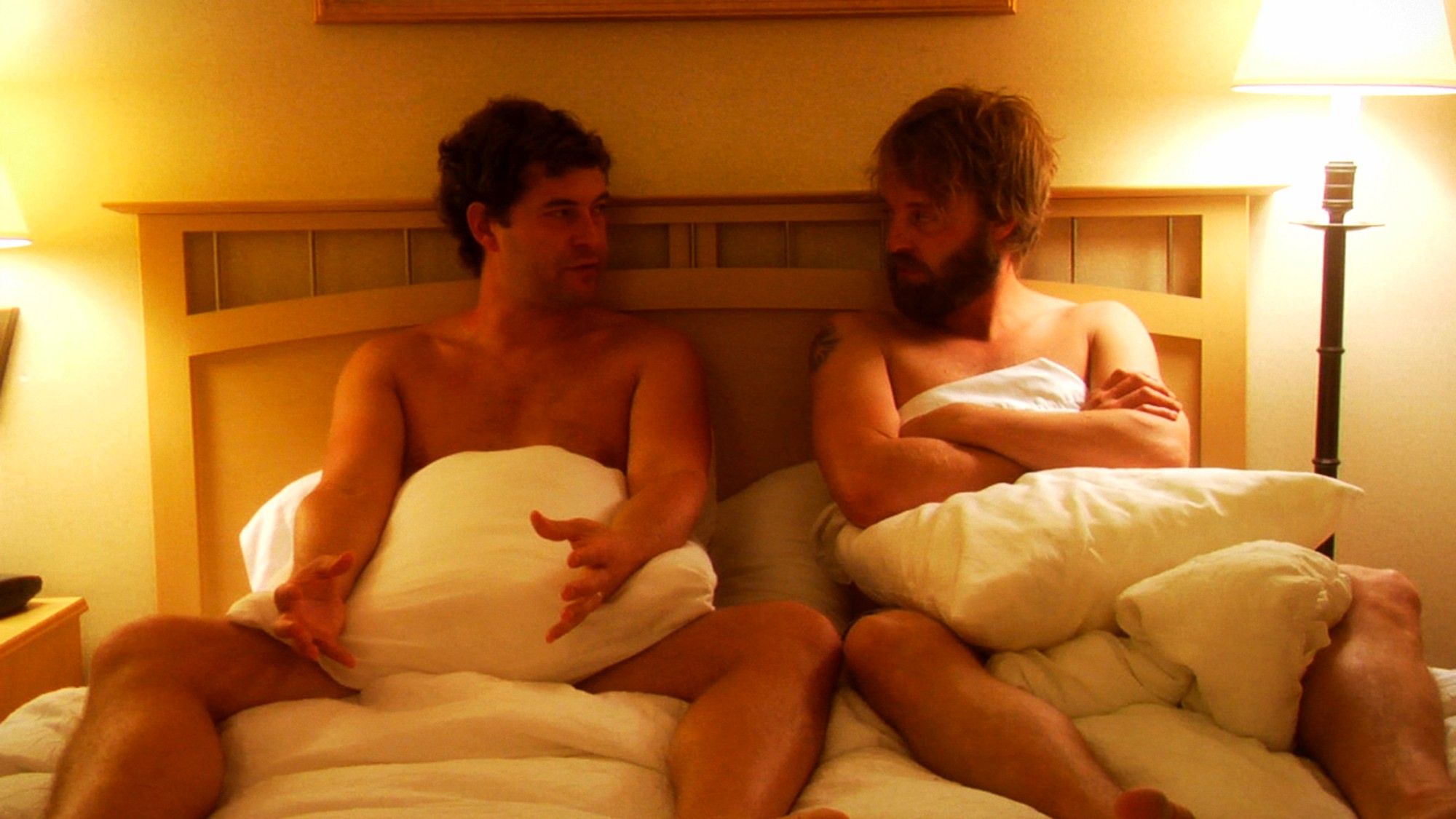 So I pitched her a basic idea about a love triangle. She improved it and encouraged us again to make the film in Washington state, always loyal to her home and people. Emily Blunt and Rosemarie DeWitt joined us. Again, we had no money. 10 days. That film became “Your Sister’s Sister” and her career skyrocketed in the best way. Over the years we made more movies and even some tv shows together. Her job often required her to spend time in Los Angeles. Sometimes she would stay with me and my family and we would talk about all kinds of movie ideas that I now wish we had made. She taught me a lot, especially about how to tell stories with female leads. We gelled, we butted heads, we made up… and we always pushed each other to be better. Like family. I will miss her spirit. I will miss her stories. And I will miss that big, joyous laugh.

Writer/director; first assistant director on Shelton’s “We Go Way Back”

Lynn Shelton was. I expected more words to follow in that sentence, but those first three words stopped me. She was. She is no longer. It’s impossible to process.

We were texting Thursday. We were planning a Zoom sing-a-long for tomorrow. Her belated wedding gift to me had just arrived in the mail Friday as she was rushed to the hospital.

She is. How is it that she now isn’t?

I have known Lynn for fifteen years. We met when I was hired to be her 1st AD on her first feature film, “We Go Way Back.” It was a recurring joke, because as the years progressed and our friendship lasted and grew and became one of the most important relationships in both of our lives, we did go way back. 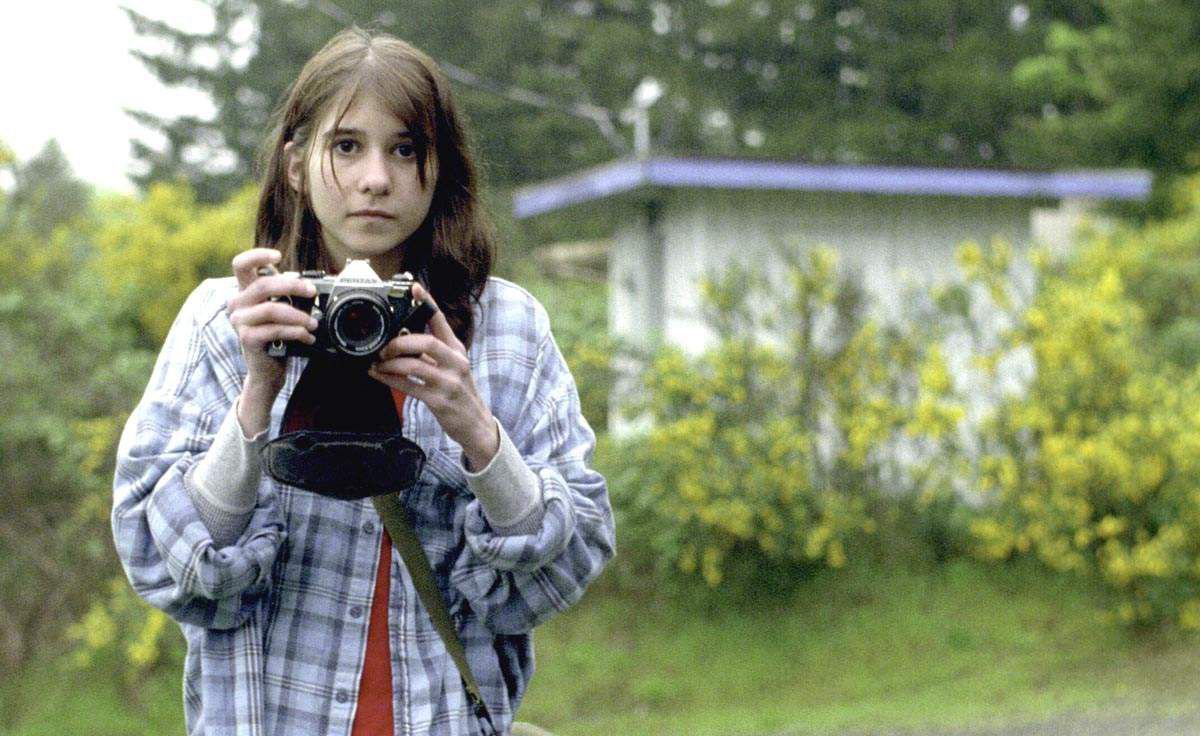 We collaborated frequently because we held so many shared philosophies about filmmaking and our creative community. We wrote together, a feature script and a television show that were never made but provided us an avenue to spend many treasured hours in the same place once we were both working as directors and weren’t sharing as many sets. We were present in all of each other’s work. We sought one another’s feedback on every project. She was my biggest fan, and I was hers.

The qualities that made Lynn a great filmmaker — empathy, compassion, humor, intelligence, sincerity — were the same ones that made her an irreplaceable friend. She had a big laugh that would burst out unabashedly, and she would also weep easily at both happy and sad moments. She was one of the world’s best audience members. She sang with abandon.

She found joy in a great many things. Only days ago she was encouraging me to revisit Sydney Lumet’s “Making Movies” because she was re-reading it and finding so much delight on every page. She sent me a picture of one of those pages with the following words underlined: “I’m in charge of a community that I need desperately and that needs me just as badly.” Those words break my heart today.

I am overcome with grief at losing my friend Lynn. I am devastated for all of those who loved her — her two sets of wonderful parents, her siblings, her husband of many years, her beloved son, her newfound partner, her innumerable friends, and any who found connection or comfort in her creative endeavors.

She lived with love, with passion, and with joy. She was and is no more. There is a toast someone offered me when I lost my mother a few years ago: “With, without, within.” I offer that toast to Lynn and to a world that deeply mourns her loss. 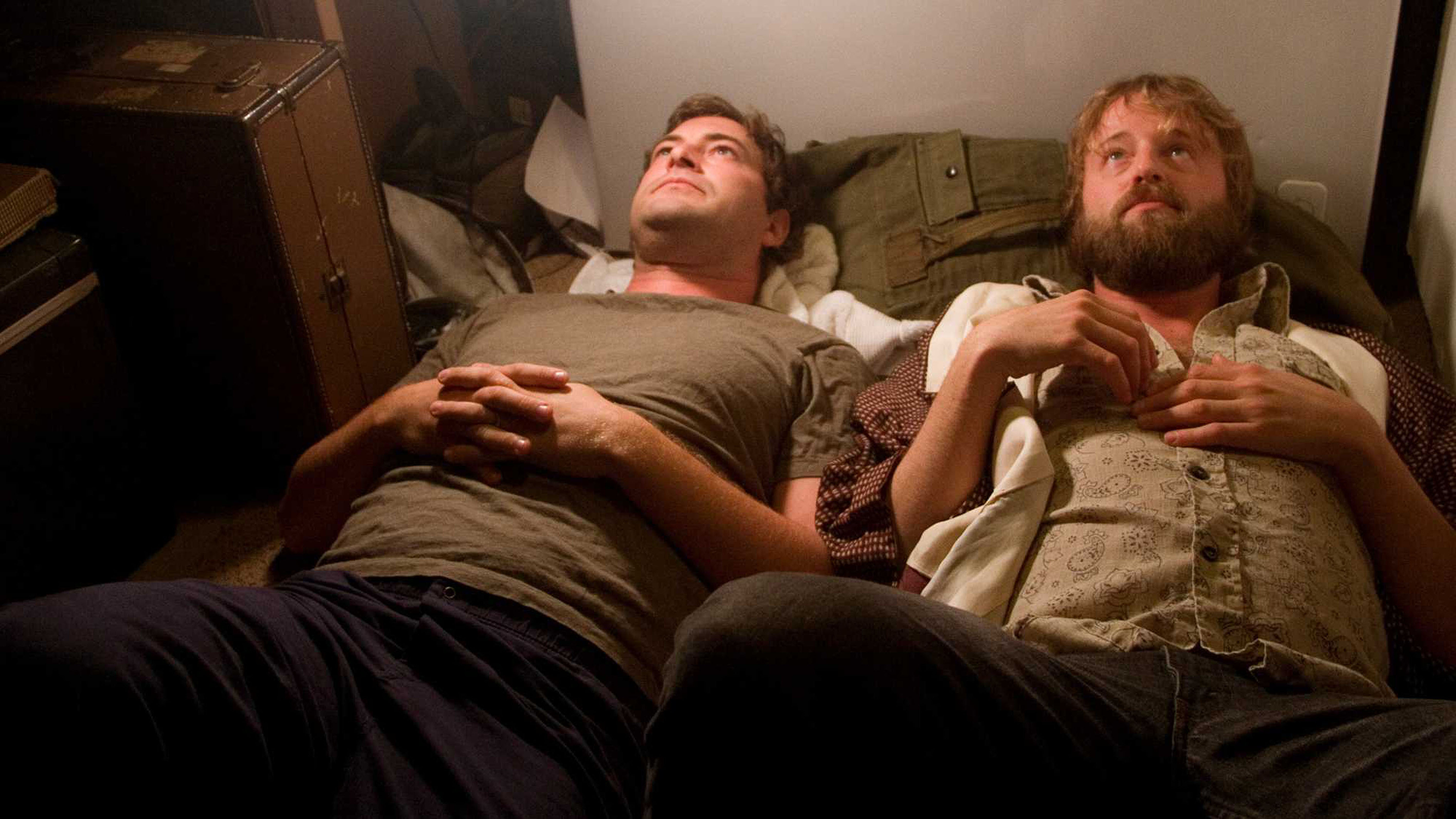 Lynn Shelton was one of the greatest forces of nature I’ve ever encountered — a brilliant enthusiast to her core. She defined herself by the things that she loved, by the things that inspired her, by the people who meant the most to her and by her deep and boundless pride in her son. Her joy and her passion radiated like the fucking sun. I am forever grateful to Mark Duplass for introducing me to her over a decade ago. Lynn and I had fallen out of touch for a while, but had just started chatting again recently. Wilder and I FaceTimed with her last week. Lynn was sitting on her porch, showing Wilder all the birds… they came up with names for each one. We all laughed – Lynn biggest of all. Jesus, could could that woman laugh. She was one for the ages. Rest in peace, dear friend.

Such a sad way to start out my Saturday. Very Very sad today. I’m struggling to come up with words to express how I feel today.

It is unimaginable that Lynn is gone. She was the shining light of the Seattle filmmaking scene and transcended it by not only working here and supporting others trying to make films in Seattle but also becoming a force of her own right in the national film and tv scene. She was always humble and grounded but also never afraid to advocate for herself.

While we weren’t close friends, whenever we were together it felt like we were besties – whether running into each other at the spirit awards to unexpectedly finding each other at a festival or sitting together at the Palm Springs International Film Festival awards gala or when she opened the Seattle International Film Festival with Your Sister’s Sister.

I can’t image the words seattle and film without thinking of Lynn Shelton.