Home » TV and Movies » 'The Last Kingdom': Why Does Eadith Choose to Help Aethelflaed?

'The Last Kingdom': Why Does Eadith Choose to Help Aethelflaed?

In season 4 of Netflix’s The Last Kingdom, there’s a number of new characters added into the mix. One of the most memorable of those is Eadith (Stefanie Martini). She’s the sister of the scheming Eardwulf (Jamie Blackley) who is trying to pull his family up from disgrace. Eadith makes a pivotal choice in season 4 that changes her life forever by helping Aethelflaed (Millie Brady). Read on to learn why she makes that choice. 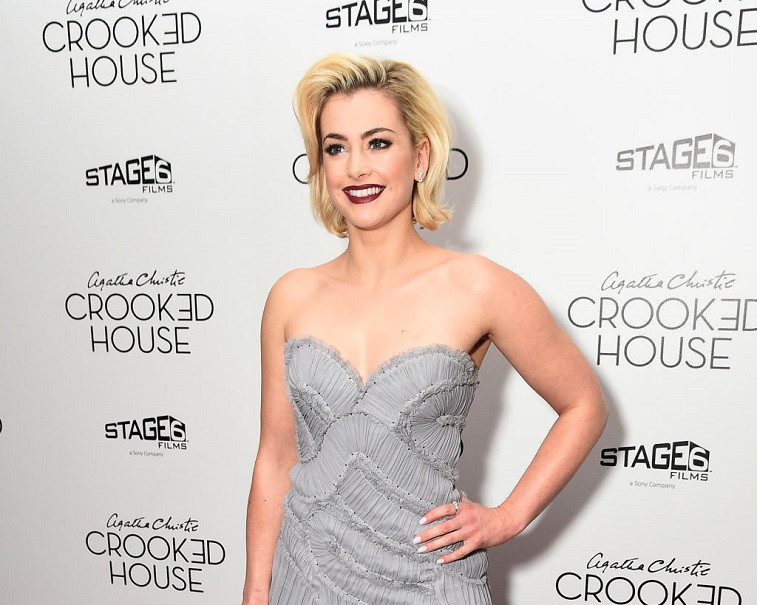 Since Eadith and her brother’s family are in disgrace, theyboth want to better their position. That’s why Eadith goes along when herbrother convinces her to be by Aethelred’s (Toby Regbo) side and eventuallysleep with him. Eardwulf doesn’t care who he has to hurt, including his sister,to get back on top. He’ll tell any lie and kill whoever he has to in order to securehis position.

Aethelred sustains a serious head wound in battle and it’s only a matter of time before he dies. Everyone in Mercia is trying to decide on a successor, and eventually Eardwulf is chosen as the contender. He goes to Aethelred to tell him, since he’s going to marry Aethelflaed’s daughter to secure the situation. Aethelred isn’t having it though and he doesn’t want it to happen. Eardwulf gets mad and tightens the bandages around Aethelred’s head until it kills him.

Eadith watches it all go down, and this isn’t the first timethat she’s seen her brother kill someone. Aethelred is dead and it seems likeEardwulf is going to be the successor. He has Aethelflaed locked away at KingEdward’s (Timothy Innes) request. Eadith has had enough and she finally takesmatters into her own hands.

Hanging out with friends, practising your best roar, baptising footballs. All in a day’s work! #TheLastKingdom #behindthescenes #season4

RELATED: ‘The Last Kingdom’: What Do Fans Think of Eadith in Season 4?

When no one is looking, she lets Aethelflaed escape and she aidsher in the process. She alerts Aldhelm (James Northcote) to come to Aethelflaed’sassistance. Aethelflaed of course thinks it’s a trap, since she regards Eadith asher husband’s mistress and nothing more.

“Why would a mistress help a wife?” Aethelflaed inquires.

“Because Mercia has wronged us both and our brothers have turned on us,” Eadith says. “Lady we are not so different. I never humped Aethelred willingly and believe me, I am paying for it.”

Eadith tells Aethelflaed that her brother can’t be trustedand “will bring disaster.” Aethelflaed decides to trust Eadith and tells her tofind Uhtred (Alexander Dreymon) and tell him to meet her somewhere. Aethelflaedensures her that she will never go without money if she helps her.

Why does Eadith help Aethelflaed?

A new season brings new characters and new cast members in to the fold. Introducing… Stefanie Martini as Eadith and Jamie Blackley as her brother and Aethelred’s right hand man, Eardwulf. Eysteinn Sigurdarson joins the fray as Sigtryggr, with Ruby Hartley as Uhtred’s daughter Stiorra, Finn Elliot as Young Uhtred, and Ossian Perret as Wihtgar. #TheLastKingdom

Eadith knows that her brother is an evil man. She’s seen him kill more than once and she wants no part in it anymore. She sees a common struggle in Aethelflaed, as they are both women trying to deal with the backwards political landscape that they find themselves in. They are both victims of other’s ambitions in many ways. Eadith chooses to help Aethelflaed and it changes her life.

In the end, fans see Eadith’s redemption in The LastKingdom after witnessing her brother’s evil deeds.