The Mandalorian – otherwise known as Mando (played by Pedro Pascal) – had his world turned upside down during the first episode of the Disney Plus series. Viewers will remember Mando stumbled upon a child – now known as Baby Yoda – during his mission, leaving him with a tough decision: Save him or hand him over to the empire. Thankfully, he made the right choice.

After saving Baby Yoda a few seasons later, he soon became a companion for the bounty hunter.

However, Baby Yoda is not the easiest colleague to work with – as recently revealed by Mando star Pedro.

In a recent interview, Pedro explained how Baby Yoda has caused quite a stir on set behind the scenes. 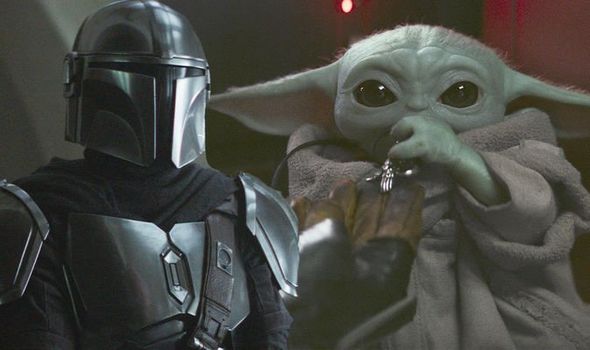 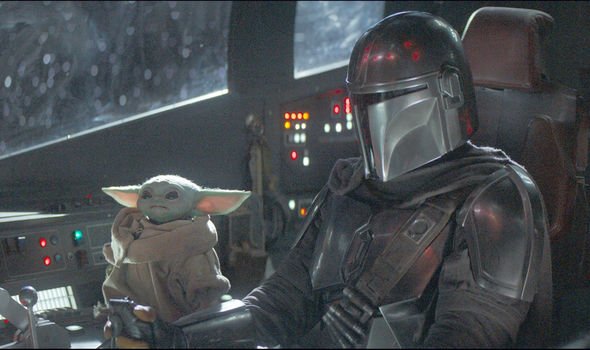 Describing exactly how difficult it is working with the doll on set, Pedro continued: “It’s like carrying the crown around that set.”

“Except that it makes everybody go: ‘Goo goo ga ga’,” he joked.

Of course, Baby Yoda made such an impression on the show that it made its way to the end of season one unscathed. 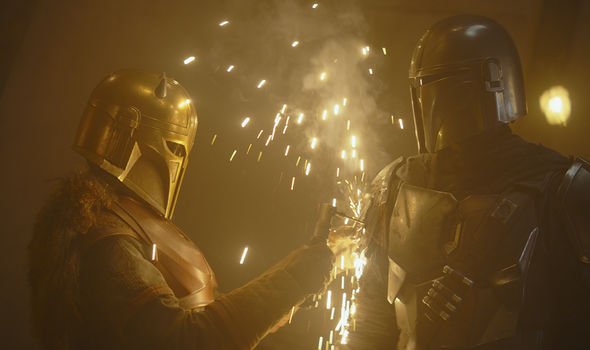 Baby Yoda wasn’t the only difficulty for Pedro during the show, as he later went on to speak about his armour.

On his struggle acting in his armour, he confessed: “For me, it’s not so much breaking a prop but accidentally walking into walls and falling into holes because I had no peripheral vision.

“And the width, with all the added armour, is… you know, it takes up more room than I’m used to. It can be a funny sight.”

Thankfully Mando may not have to look over his shoulder too much in season two, as fans believe he may be joined by some new allies.

After rumours hit that legendary Star Wars Jedi Ahsoka Tano would be joining the cast of the show next season, viewers now also believe Sabine Wren could be with her.

Sabine is best known from Star Wars: Rebels, and would certainly fit into The Mandalorian’s storyline well.

Considering Sabine infamously wielded the Darksaber, she may be looking to take it back from Moff Gideon (Giancarlo Esposito).

But will she be able to reclaim her people’s weapon without setback?

The final episode of the season saw Gideon holding out the Darksaber, revealing that he knows a lot more than he had first let on about the Jedi.

But with the weapon well-and-truly back in play, could fans see Ahsoka Tano and Sabine Wren help Mando take him on?

And if so, will they succeed against the Empire tyrant?

The Mandalorian season 1 is available on Disney Plus.