ITV viewers will see two characters unmasked tonight, as the show grows ever-closer to its finale. Last weekend, actor John Thomson became the fifth celebrity to be rumbled after he was forced to give up his disguise of Bush Baby. After his exit from the competition, John spoke out on who he thinks some of the other celebrities may be, hinting Badger is Ne-Yo after hearing a possible clue from his dressing room.

Bush Baby was the hardest character to guess for the panel, with punts coming from all over the place.

However, none of these turned out to be correct and the judges were shocked to see the eccentric character revealed as John Thomson.

Now, the Cold Feet star has opened up to Express.co.uk and other press about his time on the show. 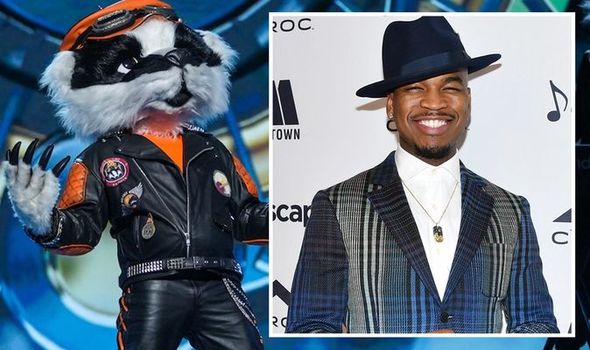 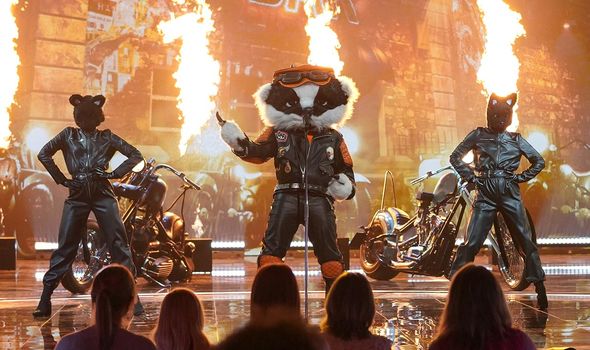 He couldn’t resist giving his own verdict on who might be about to be rumbled.

John explained how he wished he could have met some of his co-stars on the show: “I’d like to, you know, God knows who’s going to pop out these things!

“It would be nice to have met some of them, but that’s never gonna happen.”

He even recalled listening in on some of his fellow famous faces in rehearsals, leading perhaps to confirmation of someone’s identity. 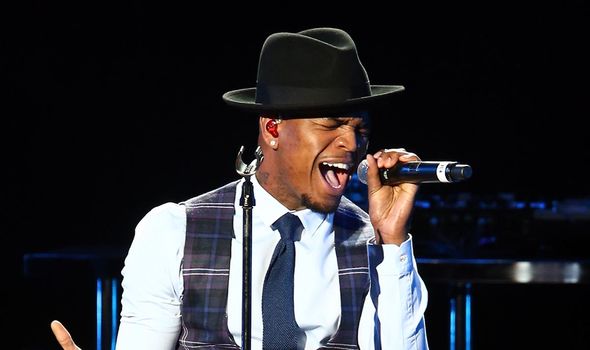 He continued: “You have no idea who you can hear rehearsals. I could hear Grandfather Clock rehearsing, I heard that.

“I know that one of the artists though, who was in next to me in the changing area.”

“He’s is a professional black male singer, because I heard him do this vocal warm-up.”

And confirming why was sure it was a pro singer, John repeated: “He was doing the full scales.”

John didn’t give a name as to who he believed the man in question was but this would tie in with the suspected identity of one character – Badger.

Badger is thought to possibly be US singer Ne-Yo after clues fans have spotted seem to hint he is hiding underneath the costume.

Many watching are sure they can hear the famous hitmaker’s voice in Badger.

As well as this, Badger sang Because of You by Kelly Clarkson last weekend.

This came after host Joel Dommett admitted each song possessed a hint as to the identity of each contestant.

The star has had an album called Because of You, which many fans soon picked up on.

In a previous clue package, some eagle-eyed viewers also noted a periodic table was in the background, with element Ne (Neon) circled.

But could it really be the huge star behind the costume of Badger?

The Masked Singer airs Saturdays at 7pm on ITV.