The Masked Singer: Sausage sings ‘I Will Survive’

Sausage’s identity has been highly contested since the second season of The Masked Singer began last year, with the panel guessing they could be a newsreader, pop star or even a Loose Woman. However, one person they haven’t associated with the quirky character on the ITV singing competition is star of stage and screen, Joss Stone, 33. With the celebrity hidden in the elaborate costume set to be unmasked during the final, viewers will finally discover who has been showcasing their stellar vocals and one fan, in particular, has linked a couple of the previous clues to the chart-topping singer.

As fans of the show know, clue packages, the songs the contestants sing and thew judges guesses all contribute to the final reveal.

Joss’ name has only been brought up once this season, when panellist Jonathan Ross, 60, thought Harlequin was the pop singer.

Looking back over the past eight weeks, a fan on TikTok took a very different approach and analysed how Sausage could be the Devon-born actress.

In a video posted on the social media platform, the viewer explains how in the very first clue package, the character emerged from a door covered in flags.

They believed this was a reference to the fact the mother-of-one “famously did a 200-stop world tour” earlier in her career. 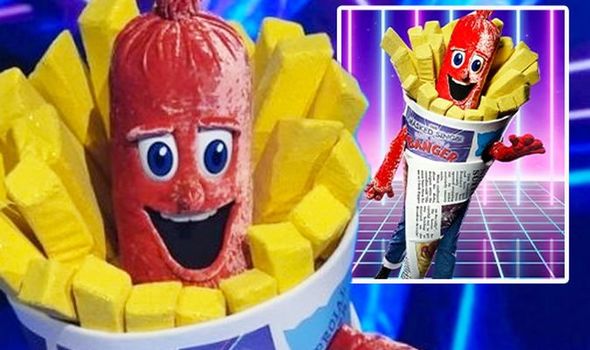 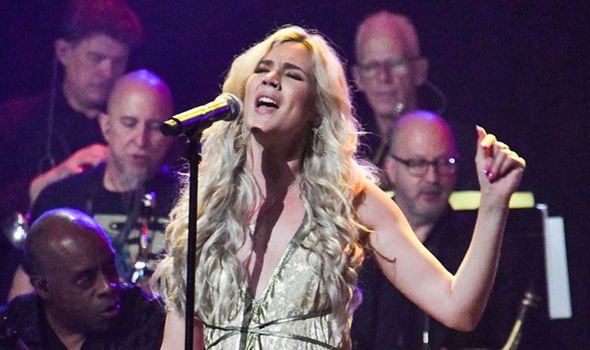 The quirky character has also said they feel “young at heart”, which the TikTok content creator told their followers it was the name of one of Joss’ songs.

Referring to another clue package slip where a horde of masks were located on a table, the fan explained this was a nod to her acting career.

“We were all focused on the masks which may indicate acting, which Joss does, but you all missed the literal joss sticks burning by them,” they added.

Another avid viewer of the show then commented on the video, revealing another clue which could have given away the contestant’s identity. 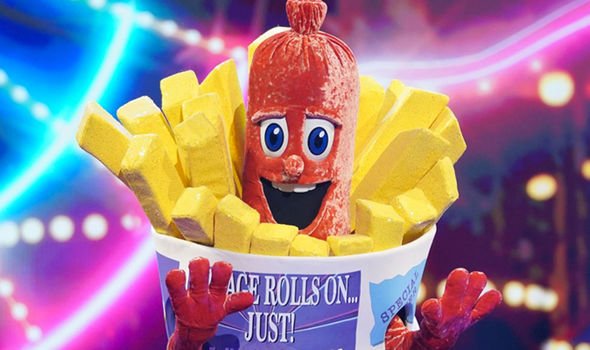 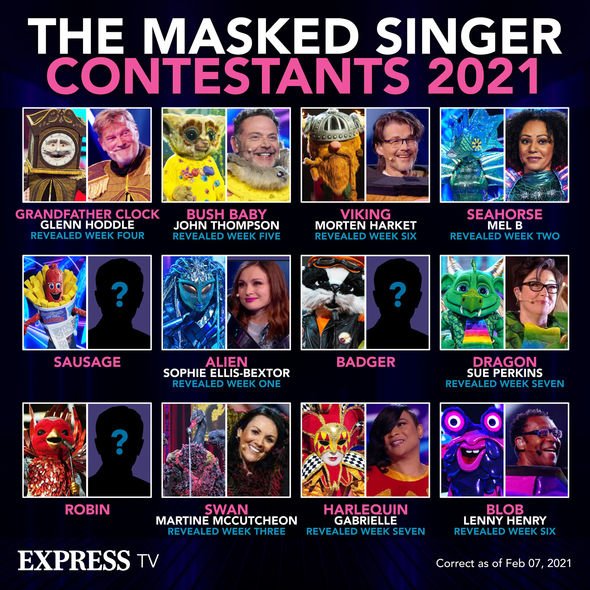 This is a breakthrough

They wrote: “Joss posted on her Instagram in late September and October cooking with her grandma and sister so she was definitely in the UK.”

The mother-of-one currently lives in the Caribbean but her family still live in Britain, meaning she could have travelled back to film the programme.

Replying to the comment on their video, the TikTok user posted: “This is a breakthrough. The only doubt came from the fact she may not have been here, you’re right!”

However, viewers also noticed the pop star shared a post on her Facebook page last year which indicated she was involved in a mystery project.

In a Facebook live video, Joss explained: “I’ve missed the last few Sundays and one day I shall reveal as to why.”

With all the clues pointing towards the mother-of-one, it could very well be her cover has been blown just hours before the big reveal.

However, the favourite celebrity to be unmasked as the elaborate character is star of stage and screen, Sheridan Smith, 39.

According to Betfair bookmakers, Sheridan is leading the way to be unmasked as Sausage in the grand finale at 8/11.

Joss’ name comes in at second at 4/1 with Loose Women presenter Stacey taking the third place, with her odds standing at 7/1.

Fans will be eager to know who the other finalists competing are as well, as speculation is rife as to who could be performing as Badger and Robin.

At 1/2, former JLS star Aston Merrygold, 33, leads the charge to be the red-chested character, with American chart-topper Ne-Yo, 41, favourite to be Badger at 11/10.

The Masked Singer concludes tonight at 7pm on ITV.