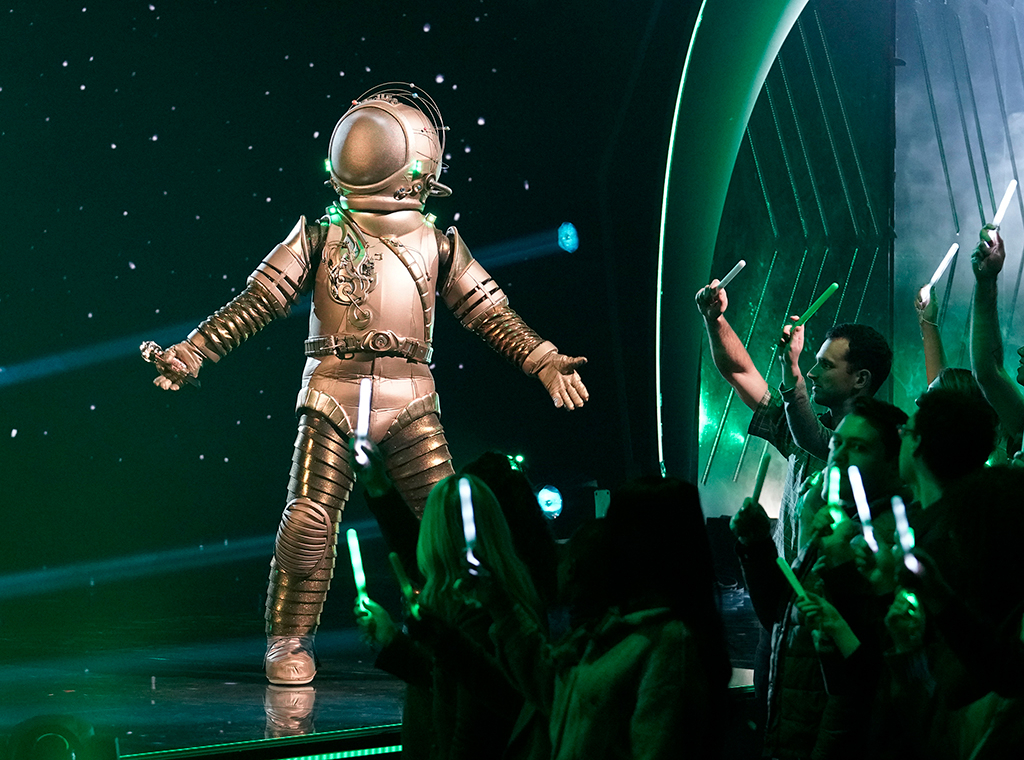 The Astronaut on The Masked Singer told a little lie to get on the show. Warning, spoilers follow!

On the Wednesday, April 29 episode of The Masked Singer, the Astronaut was revealed to be none other than Hunter Hayes. To get on the show, Hayes said he wasn’t entirely honest and hid some things from producers.

“In one of the questionnaires when you sign up, they ask you if you’re claustrophobic. I’ve had both experiences. I’ve had experiences where I have zero problem being in a confined space, but I’ve also had, like, mild panic attacks being in confined spaces. But I didn’t want them to know that. I won’t say I lied, but I didn’t really tell them about the potential for claustrophobia,” Hayes told EW.

“Thank God it wasn’t as bad as I thought it was going to be. I had an advantage with my mask. I could see almost everything. My view was great. It wasn’t as hard to breathe in my mask as I knew it was for others in their costumes,” Hayes said. 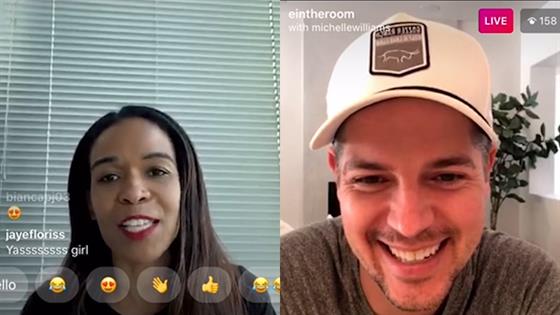 Only a handful of performers remain in season three of The Masked Singer, including the Turtle, Frog, Kitty, Night Angel and Rhino. See the season three reveals below.

He’s a long way from home, there’s a broom, and a foot bone, and a box of tools? He referenced Pitch Perfect at one point, and he is a pretty good singer. He started at a young age. He has broken a world record, and has no formal voice training. New clues include the White House, an accordion, and a plane.

Josh Hutcherson, Lance Bass, Zac Efron, and Donald Glover have all been guesses, but the prevailing guess by the end was country superstar Hunter Hayes.

He was addicted to being on top, but he got the help he needed to get back on his ride. “Is that butterflies?” Nicole asked. He’s got an unexpected voice! His super clue is a slot machine, and music is his passion.

The Frog can clearly move and rap. His clues included a “newsflash,” leftovers, $106, and a poster from the 1996 Olympics, and his super clue was a knight.

Our first guess is Bow Wow, who hosted 106 & Park and can obviously rap. Jenny guessed Olympic athletes Michael Johnson, and Nicole was sure it was someone she knows, though she couldn’t figure out who, then she settled on Ray J. Robin guessed Omarion, and another new guess is Alfonso Rib(bit)eiro.

The Kitty is tired of being seen as what she once was, instead of who she is now. She wants to wipe the slate clean. Clues include a telescope with a wizard, rose petals, and a stage. She likes to sew “a modern dress for a family member’s ball.” She’s a pretty good singer, too, and says this is a side no one has ever seen before. Robert Redford helped her get her first role, and she’s close with Ana Gasteyer.

A little baffled by this one. The voice still sounds Sarah Hyland or Lucy Hale-ish but the clues don’t fit. Some of the clues do fit Kate Bosworth, but does the voice??

WTF’s a Night Angel? She loves the night, has felt deeply blessed her whole life, and doors always open for her. Motel door numbers are 4, 5, and 6, with a 2 on her key. Ducks? Gangster grandmas? Her super clue was a tricycle, and she says she’s a mogul and a boss.

Kandi Burruss is currently the leading guess, though Taraji P. Henson and Brandy and/or Monica have also been guessed.

He’s definitely got some singing chops, and he took things “step by step” while others crashed and burned. He also grills burgers, and he likes to surf OR he won a Teen Choice Award. He says he and Nicole Scherzinger spent a morning together. Comic books are involved.

Jesse McCartney has multiple Teen Choice Awards, was in the boyband Dream Street, and spent a morning with Nicole (and the Pussycat Dolls) on The Today Show in 2008. He also voiced Dick Grayson in Young Justice. It also sounds like Jesse McCartney.

The first reveal of the season was the biggest star yet: Lil Wayne!

The Robot had lots of science references, including a periodic table, since he’s had so many records go platinum, but the clues were sort of irrelevant. It’s hard to mistake that voice.

The Llama appears to be a comedian on the radio (23.3 The Wool), and he really likes Seattle. He’s a fan of the movie Ghost?

The panel decided it couldn’t be Howard Stern and guessed David Spade and Joel McHale. The internet immediately went Kelsey Grammar, because of the Seattle of it all, Danny Bonaduce, and Drew Carey. Though David Spade did play a man who turned into a llama in The Emperor’s New Groove…

Miss Monster’s got a big ol’ crush on the Monster/T-Pain, and she seems to have struggled with having to look and act a certain way in public. In week two, her clues heavily referenced royalty. In week three, she revealed she had performed with Robin Thicke.

She sounds exactly like Chaka Khan, though some on the internet also hear some Tina Turner. She is not Dolly Parton, as Ken Jeong guessed. Sorry Ken.

He’s somebody with a passion who went from canvassing park benches to leading the charge of a massive movement, parading through the White House. Clues included two blue birds and 10 cent ice cream and a little bit of voguing, and he’s just an OK singer.

Panel guesses included Lance Armstrong, Travis Barker, and Tommy Lee, as well as Beto O’Rourke, but no one got exactly there.

She’s small and cute and might have something to do with football. Clues include the Warriors, 1979, and gold. She’s a good singer with an older-sounding voice.

The Taco says he’s been a comforting part of our lives for decades. Clues include VHS tapes, an anchor, a Rubix cube, and a trolley. His second set of clues included a lot of dancing. He’s a pretty good singer with a very old school kind of voice.

Nicole guessed Regis Philbin, who is currently 88 years old and retired. Ken guessed Martin Short, and Bob Saget was also guessed. And now, all we can hear is Tom Bergeron.

She’s a hunter and she’s been hunted, she’s a mama bear who’s been in hibernation and who’s tired of the “phony baloney” and it’s so obviously Sarah Palin that the fact that she then sang/rapped “Baby Got Back” was beyond shocking.

She’s got “horror vibes” as Jenny said. There are vampire teeth, and she’s felt shame, and she’s “rerun and no fun,” and “euphoric, flush with fever.” She likes to do things fast. Also a good singer!

She was part of a group, a sisterhood, and then a cataclysmic event happened that changed her world forever. The letter U?

Is it just us or does this T-Rex just exude Jojo Siwa? Ken thinks it’s a Kardashian and Jenny is closer with Maddie Ziegler, but we just feel like it’s Jojo Siwa. She sounds like Jojo Siwa, both when she talks and when she sings. This is our only guess.

It’s official: The White Tiger cannot sing, and he can only sort of rap. He’s clearly huge and likely an athlete, and is a “clam shucking” champion, which makes you think of New England. He loves a celebration dance.

The Kangaroo lost someone close to her, “by her own admission” found herself in the spotlight for the wrong reasons, and now she wants to bounce back. She references her bullies and being a survivor, and her little brother is so proud of her.

A lot of people immediately went for Jordyn Woods, who lost her father recently and then found herself in an unfortunate spotlight, and while the voice doesn’t sound like Jordyn to us, we can’t figure out who it does sound like.

Banana’s a bit of a partyer, says he’s tough on the outside but a smoothie on the inside. Clues include a blue collar, a blowfish, rodeo, lots of fruits and vegetables. He was offered a rebrand at one point, and the numbers 2, 13, 6, 8, 9, and 15 showed up. He’s had or has a mullet, and is not a stand-up comedian, meaning we can’t guess Bill Engvall or Larry the Cable Guy anymore.

The Masked Singer airs Wednesdays at 8 p.m. on Fox.