Over the course of The Office’s run, fans couldn’t get enough of the romance that developed between Pam and Jim as they moved from friendly co-workers, to dating and getting married, then starting a family. The Office relationship had some ups and downs along the way, including marital problems — a storyline that was inspired by Krasinski’s real-life brother. 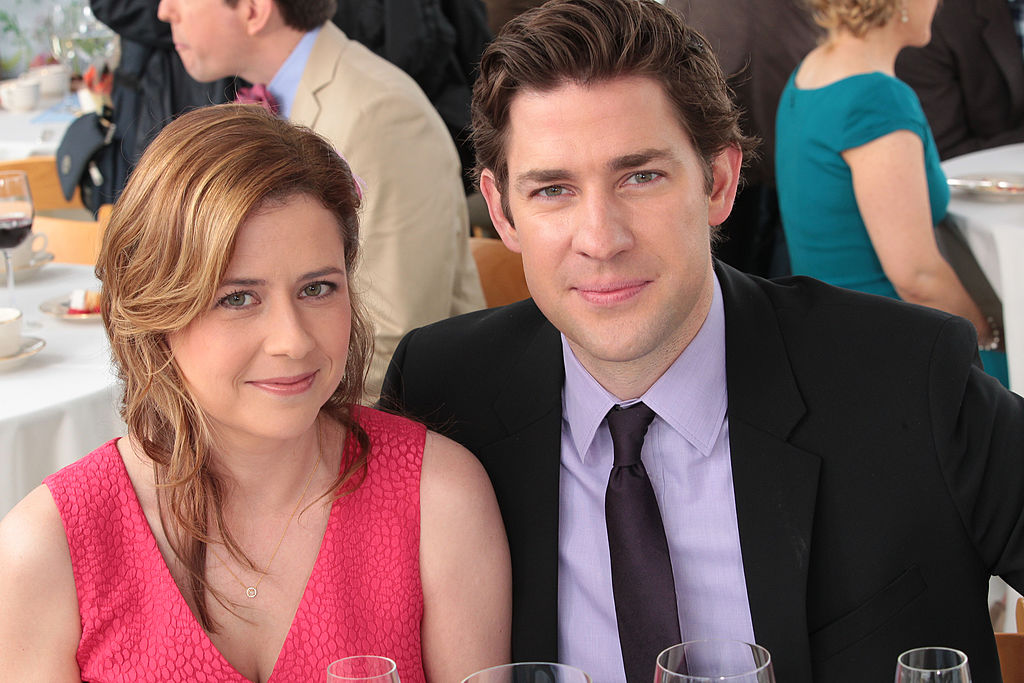 When the series ended in 2013, Krasinski and executive producer/writer Greg Daniels talked with the website Daily Actor and dished on, among other things, the way that Jim and Pam’s marriage faced some obstacles.

The interviewer asked why the show’s writers decided to have Pam and Jim experience marital problems in the final season and, it turns out, the inspiration for their struggle came from Krasinski’s brother, in part.

Daniels noted how they wanted Jim and Pam to have a shakymoment and that “the bones” of the idea “came a lot out of something from[Krasinski’s] brother.”

“You know my favorite thing about the show has always been how, especially with the Jim and Pam story, how real the writers have always been to a relationship in that yes, they’re incredibly blissful times, like you were saying. But, there’s also times where, you know the world around them can stall out and feel like it’s not enough or that it is enough, or feel bland or more exciting from time-to-time,”Krasinski noted.

He continued, “And so, you know my whole pitch to Greg was that, you know we’ve done so much with Jim and Pam, and now, you know after marriage and kids there was a bit of a lull there, I think, for them about what they wanted to do. And the idea of Jim’s ambition was always one of my favorite things from the early seasons… I think that all those things for me were really exciting that Jim always felt like there was something that he could be doing more of, and then I wanted to explore that.”

RELATED: ‘The Office’: Jenna Fischer Reveals the Heartbreaking Pam and Jim Moments That Made Her Cry

The inspiration behind the storyline

Krasinski credits his own brother with inspiring the storyline of Jim wanting to pursue a business opportunity in Philadelphia and the job taking him away from his family every week.

“The idea of him going to another city came from my brother actually,” the actor explained. “In his work at the beginning of his job, he was traveling a lot all over the country for all his different clients and, you know it was definitely a strain on the family in a very new way.”

“Obviously, not a strain that was as dramatic as what we did on the show, but it was a thing where sort of seemingly simple things like basic spending time with your children and in the same city was becoming more and more difficult, and putting a strain on — you know just harder to do and — mentally,” Krasinski clarified.

He added, “And so for me, it was can you have this perfect relationship go through a split and keep it the same, which of course you can’t. And I just thought — I said to Greg, ‘It would be really interesting to see how that split will affect two people that you know so well.’”

They made sure fans wouldn’t be disappointed

While Daniels shared that “youneed some ups and downs” withcharacter storylines, they couldn’t have Pamand Jim’s marriage go so off the railsthat it took until the finale to resolve or fans would be disappointed.

“We didn’t want there to besuch anxiety over Jim and Pam that you could think of nothing else during thelast episode,” Daniels shared.