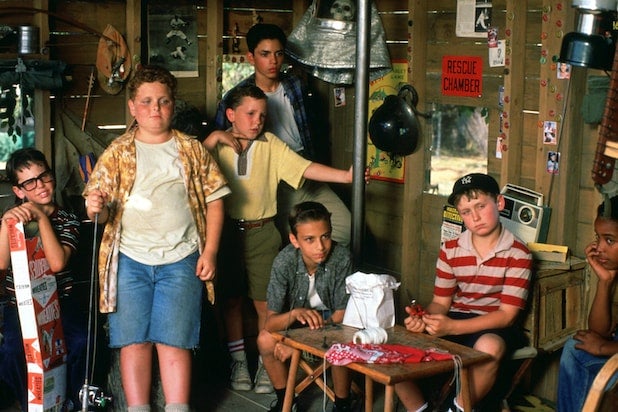 This story on “The Sandlot” was first published in 2018 for the film’s 25th anniversary.

Back in 2013, “The Sandlot” director David Mickey Evans and stars Chauncey Leopardi and Patrick Renna watched the Boston Red Sox take batting practice. When they stepped onto the field, David Ortiz, Big Papi himself, ran over to them, gave them all a big bear hug and said, “You guys are my heroes.”

The 1993 movie “The Sandlot” is still being embraced by a new generation of players. At 2018’s spring training, the Milwaukee Brewers celebrated the ’90s cult classic by re-enacting a famous scene from the film.

“I don’t know how many people sent me that clip,” Evans told TheWrap. “How many other professional sports teams, hockey, football, basketball, have ever gotten together to re-enact a scene from a famous hockey, football or basketball film? I don’t know, but I would venture a guess none.”

“Every time I see an athlete mention ‘The Sandlot,’ it’s cool to know that at some point in these guys’ lives, they related to the film for whatever reason. It’s still nostalgic for them,” Leopardi told TheWrap. “We kind of shaped their… Well, I don’t want to take full credit for why they play the game, but it’s clearly enough of a part for them to want to grow up and be pinnacle of the league.”

Released on April 7, 1993, “The Sandlot” has since cemented its place in film history as the quintessential kids sports movie. A group of kids in a small town spend their summer bumming around a rundown old baseball diamond they’ve christened The Sandlot. They welcome a new, dorky and naïve kid nicknamed Smalls into their mix, and he gets himself in “the biggest pickle” when he smashes a baseball signed by Babe Ruth over a fence into a backyard guarded by a monstrous attack dog known as The Beast.

It’s a charming story with instantly memorable faces and dozens of quotable lines (“You’re killing me Smalls!), and though the film only made a modest $32 million in its theatrical run, Evans and Leopardi started noticing the film gaining popularity around the time of its release on DVD in 2002.

“When the DVD hit, it just took off. It’s never slowed down,” Evans said. “That’s when I noticed it. This film is not going away. It’s here forever.” 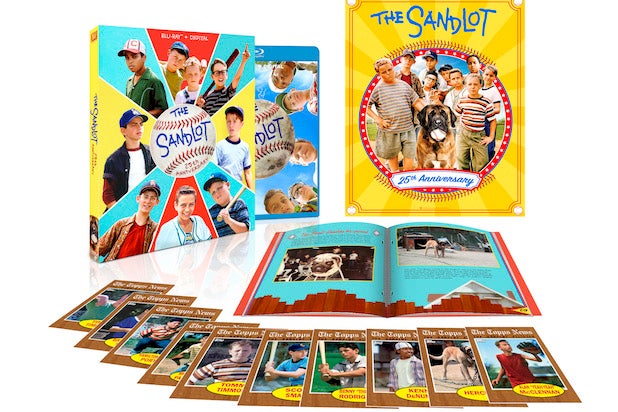 A 25th Anniversary Collector’s Edition of the film is available on Blu-Ray, complete with Topps baseball cards for each kid in the movie. But for years, fans would show up at events for the film adorned with memorabilia, including tattoos of Ham, Benny “The Jet” Rodriguez and of Leopardi’s character Squints.

“There’s a Squints portrait on some dude’s ass,” Leopardi said. “There’s somebody out there sitting on my face.”

“The Sandlot” is set in 1962 but, to many fans, feels timeless, a perfect, idyllic relic of Anytown, USA. It may seem like an adaptation of a classic grade school novel, but Evans came up with the story himself after his younger brother was bitten by a particularly nasty dog named Hercules (the same name as in the movie) while he was trying to retrieve a lost baseball.

“That was not my childhood,” Evans said. “The idea that things are bigger than life, like that dog being six feet tall, that childhood imagination sort of aspect, that rings true for me. But having lots of friends, my little brother and I didn’t have that sort of thing. For me, the movie is a version of the way I wish my childhood would’ve been.”

Evans explained “The Sandlot” was set in 1962 because of a subplot that was eventually cut from the film: In 1962, Dodgers great Maury Wills chased down the stolen base record by swiping 104 bags in a single season. Squints would listen to Dodgers games on the radio, and every time Wills would steal a base, Benny “The Jet” Rodriguez would try and do the same. When Benny later gets a pack of Topps baseball cards that are all of Maury Wills, he’s inspired to become a ball player.

Evans said that audiences have either seen themselves in one of the many memorable faces in The Sandlot or wished they were one of them. And as a film about embracing legends (“Heroes get remembered, but legends never die), as Leopardi’s character Squints might say, it’s now become a movie that could live — as Squints famously recites in the film — “for-ev-ver, forrr-evv-verrrr.”

“That’s kind of what the story is about too,” Leopardi said. “It’s about these kids who weren’t supposed to make it there and watched Benny grow up to be a star. That’s the American dream.”