Again and again throughout Barry Jenkins’ adaptation of Colson Whitehead’s Pulitzer Prize-winning novel The Underground Railroad, the Oscar-winning Moonlight director will pause the story to present a tableau of his huge cast of black characters. These shots are stunning in their composition, as if Jenkins and cinematographer James Laxton are painting an entirely different vision of American history than the one you most commonly find in textbooks and on museum walls. It’s an appropriate touch for a story that weaves in agonizingly real details from our horrible past of racist injustice with Whitehead’s rewriting of yesterday — so that, for instance, the titular “underground” is a literal network of subterranean train tunnels that enslaved people like Cora (Thuso Mbedu) and Caesar (Aaron Pierre) use to escape the horrors of a life in bondage.

'Silence of the Lambs': The Complete Buffalo Bill Story

But the thing you can’t help noticing as the camera lingers on each tableau is that every subject is looking directly at you, usually unblinking. It is as if Jenkins, and his characters, are challenging you to do the same: to gaze without flinching at scenes depicting the most heinous impulses and deeds of our nation. And, on occasion, to be rewarded with the hope of something better.

Whitehead’s book is episodic, and for the most part lends itself well to this 10-part translation — though Amazon is doing the show no favors by releasing it all at once, rather than encouraging viewers to digest only one dense, emotionally challenging episode per week(*). We begin on the Georgia cotton plantation where Cora and Caesar are forced to work — and to procreate while sadistic plantation boss Terrance Randall (Benjamin Walker) watches for his own perverted satisfaction. After escaping via the Railroad, the pair make stops in cracked-mirror reflections of South Carolina (where slaves are educated and largely treated as members of polite society) and North Carolina (where nonwhites have been banned altogether), before taking emotional and geographic detours on the route to freedom. All the while, they are pursued by slave-hunter Ridgeway (Joel Edgerton) and his devoted young black sidekick, Homer (Chase W. Dillon).

(*) Most installments run well over an hour, though one is a 20-minute interlude about a minor character. It’s a lot to absorb over a weekend.

As pure technical filmmaking, it has few peers in recent memory — the sounds are just as tangible as the sights. But with rare exceptions, like a stay at an all-black winery in Indiana, where Cora is befriended by Underground conductor Royal (William Jackson Harper), this is not an easy watch. Jenkins and Laxton capture images of startling beauty but also unbelievable pain. There are monstrous moments that will sear themselves into your retina and deep into your memories: a slave being whipped and brutalized as a mix of punishment and entertainment, or a stretch of Tennessee so scorched, hell seems to have risen up to occupy a part of the Earth.

These re-creations of black suffering don’t exist for exploitation, but as chilling reminders of what we are capable of at our worst — which in turn allows Underground Railroad to provide glimpses of what we are capable of at our best, too. (“Ain’t nothin’ in this world black folk can’t do,” Royal brags to Cora.) The instances of joy here are more infrequent, but they shine brilliantly against the terrible backdrop of this mingling of fact with fantasy. The stop in Indiana is especially wonderful, and nuanced, because of all the possibilities it suggests, but all the challenges as well, as embodied in the tension between the winery’s light-skinned owner Mr. Valentine (Peter de Jersey) and his dark-complected lieutenant, Mingo (Chukwudi Iwuji), and how each feels about their respective place in white America.

As Cora discovers, the journey does not always proceed in a straight line, and the digressive nature of the series can be frustrating. Some episodes, like the stop in North Carolina, are hard to get through less because of the evil we’re witnessing than because they just feel slow. And where the ninth episode is amazing on almost every level  the finale is a bit of an anticlimax. 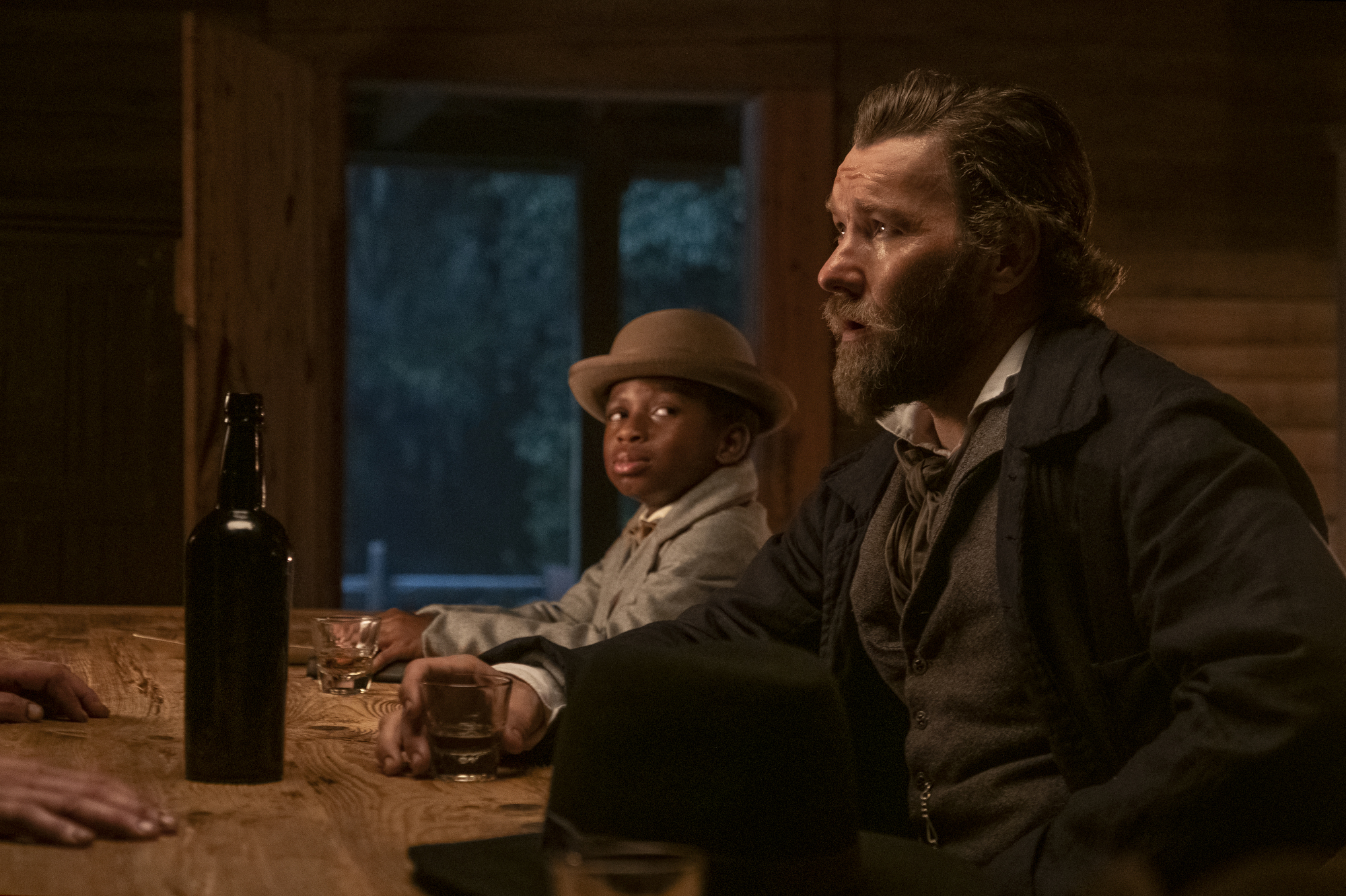 There’s also something of a narrative imbalance between protagonist and antagonist. Ridgeway at times seems like a larger-than-life monster out of myth, with Edgerton delivering his lines in a rumble so deep and whiskey-soaked, it may as well be echoing up from the primordial ooze from which we all came. But he’s also given a messy backstory involving a father played by Peter Mullan, and a complicated character arc regarding his feelings for “the American imperative” that he insists justifies slavery. He is an avatar for this gaping national wound, but also a small and acutely human being. Though Cora has some specific reasons for running away, tied to her mother Mabel (Sheila Atim) doing the same without her when Cora was a child, she never quite transcends her symbolism in the same manner that Ridgeway does. Mbedu is fantastic, though, as are Pierre, Harper, and everyone else who gets even a few precious moments in front of the camera here(*).

(*) Between the striking screen presence of young Chase W. Dillon, and the conflicted loyalties of a black child raised by a white man helping to catch other black people, it feels like there is an entire parallel story to be told about Homer.

The Underground Railroad is an imperfect take on a painful, sprawling subject. But its emotional highs and lows are stronger than anything you are likely to find on TV this year, just as those images are more gorgeous and nightmarish. Don’t look away.