The Walking Dead viewers were completely devastated when Carl Grimes (played by Chandler Riggs) was killed off back in season nine. Carl had been a mainstay in the show since season one and was quickly gearing up to be one of the most important characters in the show. Unfortunately for him, he was bitten by a walker whilst trying to save someone from an onslaught of the undead. Fans have been missing the huge character since his death and last week almost saw his return.

During the exit of Michonne (Danai Gurira) last week, viewers witnessed the wasteland warrior take on a number of hallucinations.

These visions saw Michonne revisiting a number of her memories, where she spoke with some of her former friends and allies.

Now, in an interview with Entertainment Weekly, Michonne actor Danai explained Carl Grimes was supposed to arrive during this segment.

Unfortunately, things didn’t work out as they were planned, prompting the actor to speak out about the scenes, calling them “just awful” for Michonne. 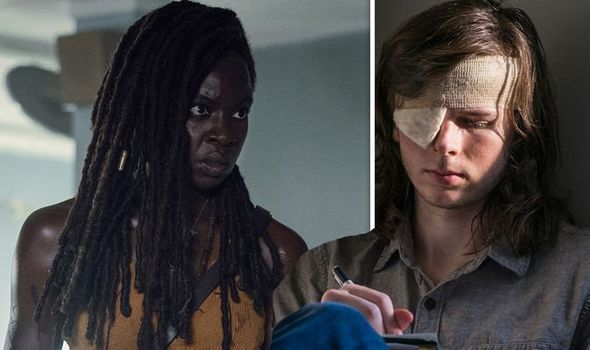 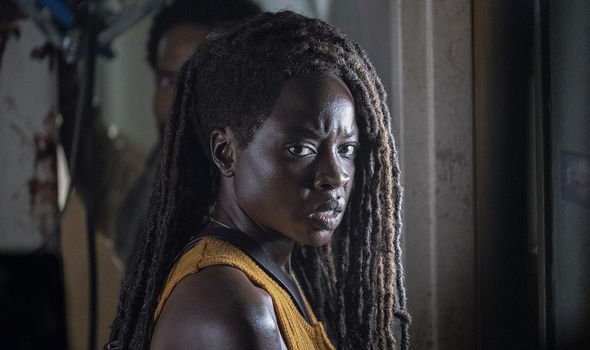 She told the publication: “I mean, there was a part that we didn’t end up using where I was in Carl’s face quite a bit.”

Despite using a stunt double for Carl actor Chandler Riggs, the scene between Michonne and Carl was supposedly quite heated.

Despite this, she added: “But it didn’t make the cut. 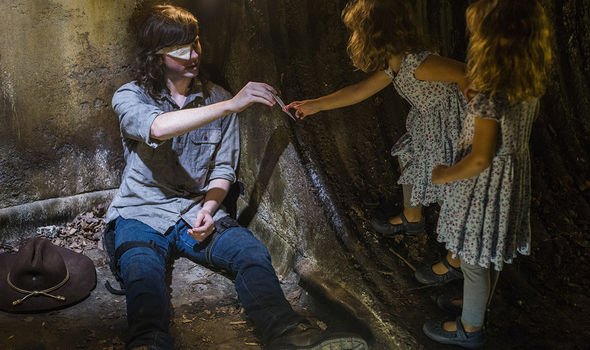 “I don’t know how these things happen. But there was a double playing Carl, that was very dark.

“But, that exchange as well, for her to see that.”

Delving into the relationship Michonne and Carl once shared, she detailed: “We know how much Michonne loved Carl.

“But the underbelly of that. And if that hadn’t gone that way. Basically, we recreated the lineup.

“Of course, [Jeffrey Dean Morgan] was there, and we created the lineup with the doubles and worked it that way, including a double of Michonne.”

Unfortunately, with Carl still dead and Michonne moving on, it doesn’t look like fans will see a reunion between the pair anytime soon.

Meanwhile, fans have since become elated by the arrival of renowned comic-book character Princess (Paola Lazaro).

Princess is best known for being flamboyant and vibrant throughout her time in the comic books.

And fans of the show were ecstatic to see her faithfully imagined in the show, as they spoke out on Twitter about her appearance.

One wrote: “She was introduced in the show much better than she was in the comics. I think it’s gonna be fine.”

Another added: “Can’t wait to watch you tonight and in the future. Glad you are a part of the #TWD family now. Welcome!”

The Walking Dead season 10 continues Sunday on AMC and Monday on FOX UK.