Home » TV and Movies » The Walking Dead spoilers: Maggie to be rocked by ‘return’ of dead family member

The Walking Dead spoilers: Maggie to be rocked by ‘return’ of dead family member

Maggie’s (played by Lauren Cohan) return to the AMC drama was confirmed earlier this year in the action-packed season 10 finale promo. The former TWD stalwart hasn’t been seen since her departure midway through season nine, with her whereabouts kept a mystery to TWD viewers until now. And while she’ll undoubtedly have plenty of new challenges coming her way, not least the imminent danger of Beta (Ryan Hurst) and his Whisperer army, she may also be rocked by more than surprising blast from the past.

Maggie’s lost pretty much everyone she held close to her heart during her tenure on The Walking Dead.

Her father Hershel (Scott Wilson) was brutally murdered by The Governor (David Morrissey) while her husband Glenn (Steven Yeun) had his head beat to a pulp by the sadistic Negan (Jeffrey Dean Morgan).

Beth (Emily Kinney), her haf-sister, was also brutally executed back in season five at the hands of twisted cop Dawn Lerner (Christine Woods) in a freak accident.

Add to the mix the fact she’s had to say goodbye to fellow survivors Abraham (Michael Cudlitz) and Lori Grimes (Sarah Wayne Callies) along the way, and Maggie has had more than her fair share of devastating heartbreak. 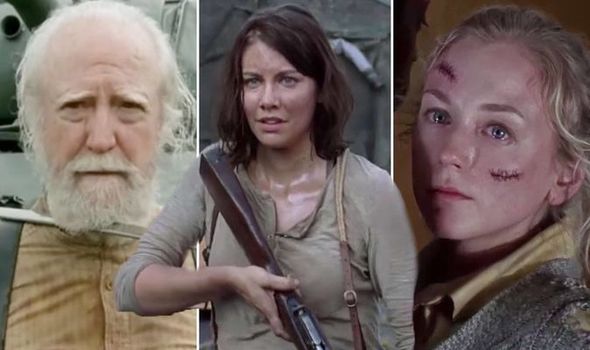 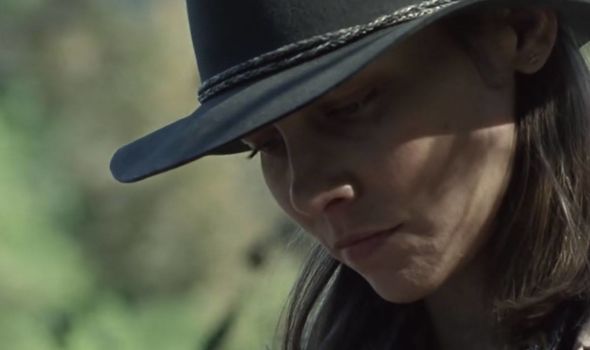 But could that all be about to change if one of these thought to be deceased members of the group returns from the dead?

Well that may well be the case as Beth Greene actor Emily Kinney has dropped a huge hint that she’d be open for a shock return.

TWD fans will remember all too well the harrowing circumstances which led to Beth’s demise back in season five.

After being separated from Daryl Dixon (Norman Reedus), Beth was forced to work for Dawn and her group of survivors at the Grady Memorial Hospital in Atlanta. 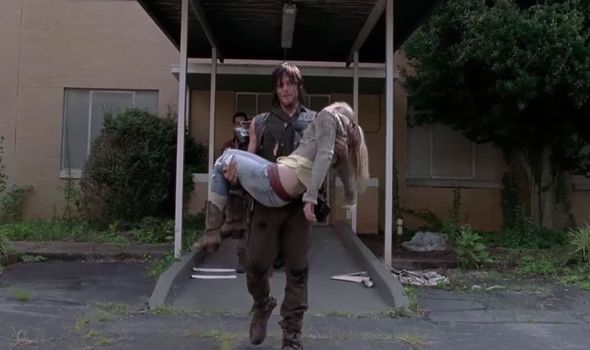 While there, Beth built a strong bond with fellow survivor and captive Noah (Tyler James Williams).

After months of enduring Dawn’s reign of terror, Beth was eventually found by Rick (Andrew Lincoln) and his group and a return to the group looked imminent.

However, when Dawn refused to let Noah join them, it tipped Beth over the edge as she plunged a pair of scissors into Dawn’s chest, prompting her to inadvertenty shoot Beth in the head.

In heartbreaking scenes, Daryl carried Beth’s body out of the hospital only to be met by a distraught Maggie who crumbled to the floor at the sight of her half-sister’s body.

While the death seemed pretty conclusive, Kinney told TV host Tommy DiDario on Lets Stay Together she’d still be up for a comeback.

“But I mean, I loved the show, I loved working on it. It makes me so happy to be a part of it, I’m very proud of being a part of that show.

Considering Maggie’s back in the picture too, could the unlikeliest of reunions therefore be on the horizon?

And if Beth were to somehow return, surely this is something Maggie wouldn’t be able to cope with easily.

One thing that is for sure when Maggie makes her comeback is that she’ll have to deal with the fact Negan has become a key part of the group.

Will Maggie be onboard or will her hatred for Negan still be prevalent?

The Walking Dead season 10 concludes on AMC and FOX UK later this year.